Are Foreign NGOs Rebuilding Haiti or Just Cashing In?

Haiti plays host to over 10,000 NGOs, whose foreign workers make up an affluent class of their own. 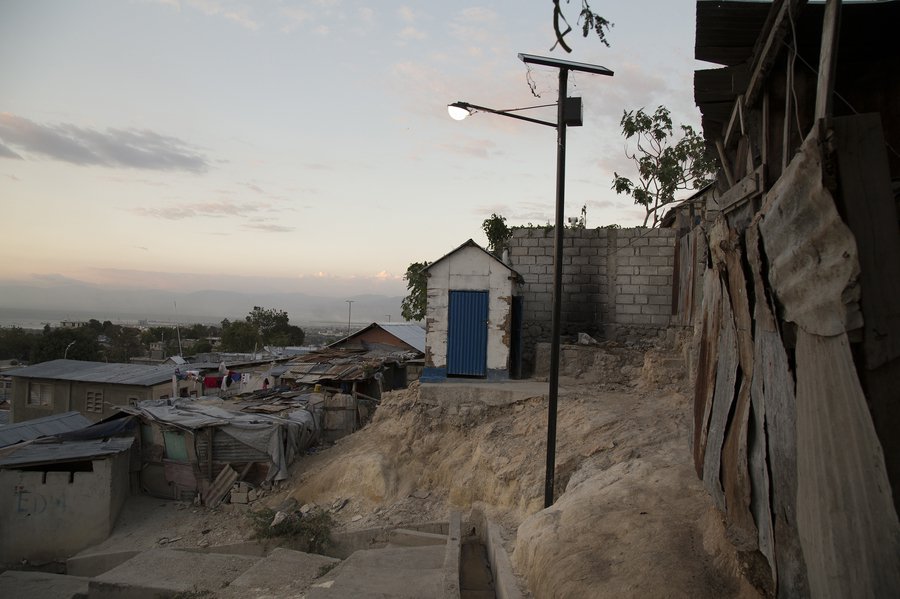 The Red Cross promised to build hundreds of new homes in Campeche but none have been built. Many residents still live in crude shacks. (Marie Arago, special to ProPublica)

10 Jul 2015 – The devastating earthquake that struck Haiti five years ago was followed by a flood, as billions of dollars were poured into a reconstruction effort largely led by private non-governmental organizations.

Almost immediately, Haitians, activists, and well-wishing donors the world over began to ask: “Where did the money go?”

This summer, ProPublica and NPR released a report on exactly where some of that money went. The headline — “How the Red Cross Raised Half a Billion Dollars for Haiti ­and Built Six Homes” — neatly summed up the beloved charity’s big-picture failures in the country. But perhaps the most damning parts of the report concerned the Red Cross’ over-reliance on non-Haitian employees, who were highly compensated despite often not even speaking the local Creole or French.

While many Americans were rightly shocked, most Haitians just nodded knowingly. “The Red Cross has always been like that,” my mother said to me the day the report was released. “They pay people a lot of money so they can vacation.” International organizations that go to Haiti to “help” often spend a lot of aid money on overhead that doesn’t go toward helping anyone.

For example, ProPublica and NPR unearthed internal budget documents for a Red Cross housing project in Campeche. The project manager position, which is reserved for an expatriate, received allowances for housing, food, home leave trips, four vacations a year, and relocation expenses. All of these totaled a whopping $140,000. The top local position, by contrast — a Haitian senior engineer — earned just $42,000.

The Red Cross isn’t alone in hiring expensive expatriate staff. According to the Center for Global Development, high overhead costs are par for the course for many international NGOs. A single staff member at an organization in Haiti can earn $200,000 each year in salary.

With an estimated 10,000 non-governmental organizations operating in the country, it’s no surprise that Haiti is often referred to as the republic of NGOs. Among Haitians, expatriates who work for these organizations have become known as the “NGO class.” They live comfortably in the well-to-do suburb of Petionville in the hills above Port-au-Prince. Expensive grocery stores and restaurants cater to their tastes. Down below, many Haitians struggle to survive.

Among locals, widespread unemployment cripples economic growth and further exacerbates poverty. According to the CIA World Factbook, 40.6 percent of Haitians are unemployed, although there’s wide participation in the informal economy. With the jobless epidemic in Haiti, job creation should be a priority for NGOs. Instead, they’re often part of the problem.

After the earthquake, for example, many aid organizations outsourced the rebuilding of homes — which might have presented good work opportunities for poor Haitians — to international firms. “Outsourcing the construction drove the price up,” explained Jake Johnston in the Boston Review, “since international companies had to fly in, rent hotels and cars, and spend USAID allowances for food and cost-of-living expenses.” The U.S. government also gave contractors and employees danger and hardship pay, which increased their salaries by more than 50 percent.

The bonanza paid big dividends for for-profit firms as well as NGOs. The CEO of Chemonics International — a for-profit development firm that received the largest Haiti contracts from USAID — received a $2.5 million bonus last year.

By spending exorbitant sums on incentives for non-locals, NGOs effectively undermine the work they’re supposedly trying to do in Haiti. Shelim Dorval, a Haitian employee for the Red Cross, explained to ProPublica and NPR the problem with hiring expatriates. “For each one of those expats, they were having high salaries, staying in a fancy house, and getting vacation trips back to their countries. A lot of money was spent on those people who were not Haitian, who had nothing to do with Haiti. The money was just going back to the United States.”

These practices don’t just make for unseemly accounting — they make for abysmal outcomes. It’s how you wind up building six houses for half a billion dollars. Foreigners who come to Haiti with little to no knowledge about the culture, the language, or history can’t work effectively with locals to provide them with relief, shelter, or food, much less with jobs.

NGOs have permeated every aspect of life in Haiti. Because they provide 80 percent of basic services in the country, it’s imperative they operate in an ethical, equitable, and financially sound manner. Including Haitians in the rebuilding process could provide extensive employment for Haitians desperately in need.

Non-governmental organizations should partner with local Haitian groups, which will lead true sustainable development. And maybe they’ll actually get some homes built.

Nathalie Baptiste is a Haitian-American who lives in the Washington, D.C. area. She holds a BA and MA in International Studies and writes about Latin America and the Caribbean.