20 Jul 2015 – In what may prove to be a turning point for political action on climate change, a breathtaking new study casts extreme doubt about the near-term stability of global sea levels. 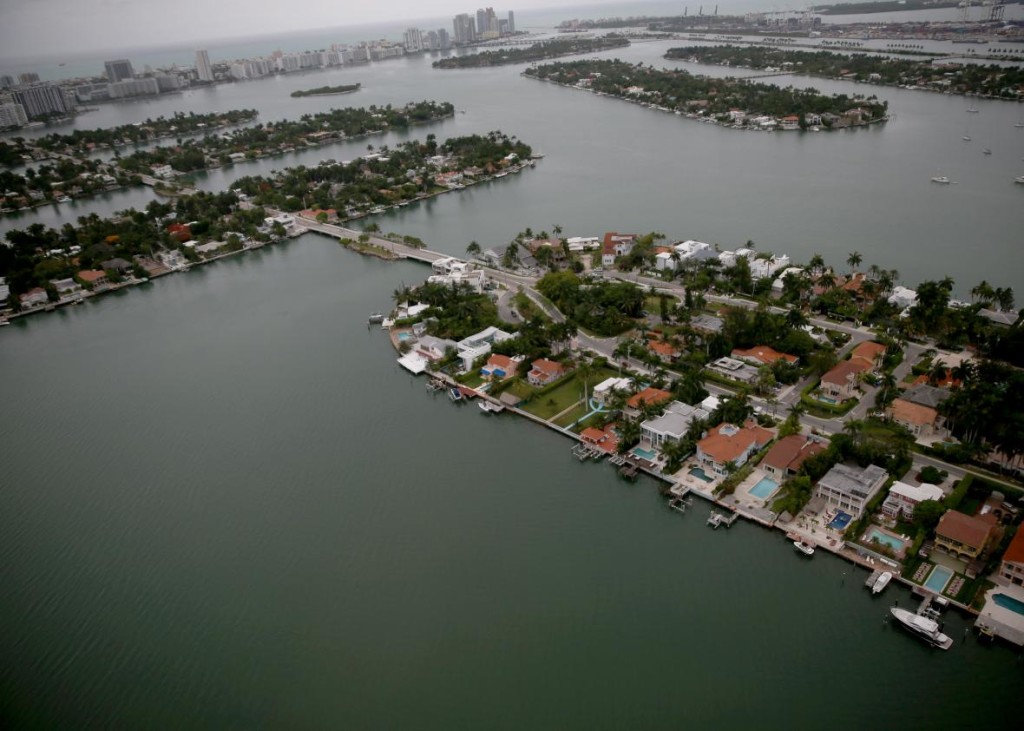 The study—written by James Hansen, NASA’s former lead climate scientist, and 16 co-authors, many of whom are considered among the top in their fields—concludes that glaciers in Greenland and Antarctica will melt 10 times faster than previous consensus estimates, resulting in sea level rise of at least 10 feet in as little as 50 years. The study, which has not yet been peer-reviewed, brings new importance to a feedback loop in the ocean near Antarctica that results in cooler freshwater from melting glaciers forcing warmer, saltier water underneath the ice sheets, speeding up the melting rate. Hansen, who is known for being alarmist and also right, acknowledges that his study implies change far beyond previous consensus estimates. In a conference call with reporters, he said he hoped the new findings would be “substantially more persuasive than anything previously published.” I certainly find them to be.

To come to their findings, the authors used a mixture of paleoclimate records, computer models, and observations of current rates of sea level rise, but “the real world is moving somewhat faster than the model,” Hansen says.

Hansen’s study does not attempt to predict the precise timing of the feedback loop, only that it is “likely” to occur this century. The implications are mindboggling: In the study’s likely scenario, New York City—and every other coastal city on the planet—may only have a few more decades of habitability left. That dire prediction, in Hansen’s view, requires “emergency cooperation among nations.”

We conclude that continued high emissions will make multi-meter sea level rise practically unavoidable and likely to occur this century. Social disruption and economic consequences of such large sea level rise could be devastating. It is not difficult to imagine that conflicts arising from forced migrations and economic collapse might make the planet ungovernable, threatening the fabric of civilization.

The science of ice melt rates is advancing so fast, scientists have generally been reluctant to put a number to what is essentially an unpredictable, nonlinear response of ice sheets to a steadily warming ocean. With Hansen’s new study, that changes in a dramatic way. One of the study’s co-authors is Eric Rignot, whose own study last year found that glacial melt from West Antarctica now appears to be “unstoppable.” Chris Mooney, writing for Mother Jones, called that study a “holy shit” moment for the climate.

One necessary note of caution: Hansen’s study comes via a nontraditional publishing decision by its authors. The study will be published in Atmospheric Chemistry and Physics, an open-access “discussion” journal, and will not have formal peer review prior to its appearance online later this week. [Update, July 23: The paper is now available.] The complete discussion draft circulated to journalists was 66 pages long, and included more than 300 references. The peer review will take place in real time, with responses to the work by other scientists also published online. Hansen said this publishing timeline was necessary to make the work public as soon as possible before global negotiators meet in Paris later this year. Still, the lack of traditional peer review and the fact that this study’s results go far beyond what’s been previously published will likely bring increased scrutiny. On Twitter, Ruth Mottram, a climate scientist whose work focuses on Greenland and the Arctic, was skeptical of such enormous rates of near-term sea level rise, though she defended Hansen’s decision to publish in a nontraditional way.

In 2013, Hansen left his post at NASA to become a climate activist because, in his words, “as a government employee, you can’t testify against the government.” In a wide-ranging December 2013 study, conducted to support Our Children’s Trust, a group advancing legal challenges to lax greenhouse gas emissions policies on behalf of minors, Hansen called for a “human tipping point”—essentially, a social revolution—as one of the most effective ways of combating climate change, though he still favors a bilateral carbon tax agreed upon by the United States and China as the best near-term climate policy. In the new study, Hansen writes, “there is no morally defensible excuse to delay phase-out of fossil fuel emissions as rapidly as possible.”

Asked whether Hansen has plans to personally present the new research to world leaders, he said: “Yes, but I can’t talk about that today.” What’s still uncertain is whether, like with so many previous dire warnings, world leaders will be willing to listen.

Eric Holthaus is a meteorologist who writes about weather and climate for Slate’s Future Tense.