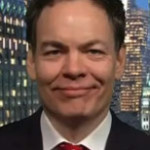 29 Jun 2015 – Should Greece leave the Eurozone and fail to pay its debts, it could trigger the downfall of Deutsche Bank and a crisis worse than that of 2008 – and it is more likely to happen than not.

RT:Is it time to run for cover in Europe, or would a Grexit not so horrendous? Where is it going to go?

Max Keiser: I’ve been watching the stock price of Deutsche Bank today, Germany’s largest bank, one of the largest banks in the world, certainly with the biggest derivatives book in the world. They are the counter party to the Greek debt. And their stock got hammered. Deutsche Bank could go the way of Lehman Brothers or Bear Stearns, which would set off a global liquidity crisis that would make 2008 look tame by comparison. Look, the thing about Greece is that the Syriza government has said all along that “we have no money, and we’re not going to pay this debt.” And now, Jean-Claude Juncker has woken up to the fact of what he has been told now for a year.

Remember Jean-Claude Juncker is the guy that said not long ago that “when the going gets tough, you have to lie.” So anything that comes out of his mouth, we have to assume that he is lying, because certainly the going has started to get tough.

RT: How tough is it going to get? What’s actually going to happen by your best estimation?

MK: As I’ve been saying all along, Greece should grexit and now it looks like they will grexit, which is fantastic for Greece, they will get to restart their economy. It’s terrible for their counter parties, it’s terrible for the Eurozone, and of course Italy and Spain are probably the next countries that will come under the same kind of stress that we’re seeing in Greece right now.

RT: At the end of the day, what’s the upcoming referendum in Greece really about?

MK: Well, it’s about a democratic process. The current government, the Syriza government believes in democracy and they’re giving their population a chance to participate in their own future, their own sovereignty. I know for people in Britain or people in America this is an alien concept. They’ve no longer ascribed to democracy and democratic values for generations. But believe it or not, there is a thing called democracy. It’s alive and well in Greece, and we’re seeing it played out in Greece, where incidentally, it was created to begin with.

RT: If Greece does leave the euro, what are the ramifications going to be? You said just now it could be horrendous. That’s a “could be.” What kind of scenario would likely play out?

MK: Well, for Greece – historically, when countries had defaulted, they have been able to return to the credit markets with no problem. We just saw this in Iceland. Iceland got rid of their bankster problem, and now they are raising money in the global finance market again, much stronger for it.

RT: If it chose bankruptcy, would Greece walk free from all of its debt or will it be pursued in the future by the rest of Europe?

MK: They can be pursued all they want, but it’s a global economy, it’s global competition, and Greece has the right to compete in global competition and not have a colonization of their economy by Germany, the ECB, the IMF – the Troika. They have the right to be a free people. The Troika, unfortunately, overplayed their hand, now they must suffer the consequences. Greece will be fine, but I can’t say the same about the Eurozone. I think now they’ve lit a fuse to total destruction of the euro and the banks. In particular Deutsche Bank is the most exposed. This is a hundred trillion dollar derivatives book that could go the way of Lehman Brothers. That’s an enormous shellacking to the global economy, and I think now we’ve got to raise the odds of this happening above 50 percent.

RT: A recent poll found that 57 percent of Greeks support the creditors’ terms. Doesn’t the Syriza government undermine itself by holding this referendum then?

MK: Well, the creditors’ terms, are – again, if you listen to Jean-Claude Juncker, he is not a credible guy to have these negotiations. He is a serial liar, nobody would take the uttering of this maniac seriously. He is a fraud. So I understand that Greeks would love to be in the euro, but they can’t also have their sovereignty and dignity. They must choose between dignity and sovereignty versus the being in the euro. You can’t have both.

Max Keiser, the host of RT’s ‘Keiser Report,’ is a former stockbroker, the inventor of the virtual specialist technology, virtual currencies, and prediction markets.