‘There’s No Will to Prosecute Crony Capitalism or Corruption like Case of Barroso & Goldman Sachs’
Max Keiser – Russia Today, 7 Nov 2016

5 Nov 2016 – Former European Commission chief Jose Manuel Barroso, who was complicit in helping Goldman Sachs defraud the Greek economy, is now taking a job with the company. Financial analyst Max Keiser says this is crony capitalism and corruption at the highest level.

29 Jun 2015 – Should Greece leave the Eurozone and fail to pay its debts, it could trigger the downfall of Deutsche Bank and a crisis worse than that of 2008 – and it is more likely to happen than not. 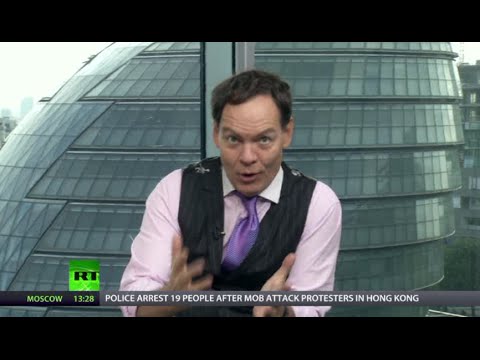 Oct 4, 2014 – “For the first time in history we have a true global empire.”– Perkins. Max interviews John Perkins, author of ‘Confessions of an Economic Hitman,’ about ‘peak bankster.’ They also discuss the financialization of Ebola.

Bankers Killing Bankers for the Insurance Money and another Look at 9/11
Max Keiser – Russia Today, 19 May 2014

It turns out that banks take out life insurance policies on their employees, and those policies pay out death benefits to the banks – not the families. Should we be surprised by this banker-on-banker death scam? After all, wasn’t this what 9/11 was all about?

The NSA in America is following in the Nazi tradition in its attempt to discriminate based on data collection, modeled around their belief system – which justifies trashing the Constitution in pursuit of ‘pure’ data. All dissenters will be arrested. All assemblies will be broken up. All attempts at nonconformity will be met with harsh prison sentences.

The Stratfor bimbo and the bank that is in bed with it. WikiLeaks as the modern day Gutenberg press. 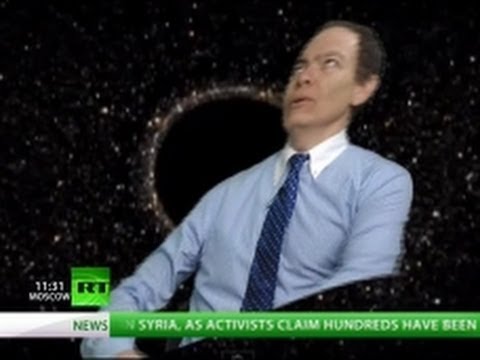 In this episode, Max Keiser and co-host, Stacy Herbert, discuss the latest discoveries of black holes in the financial universe and the populations growing permanently poorer as a result. In the second half of the show, Max talks to Dr. Yanis Varoufakis about financial horror, a currency from which you can’t escape and the Greek situation.