5 Nov 2016 – Former European Commission chief Jose Manuel Barroso, who was complicit in helping Goldman Sachs defraud the Greek economy, is now taking a job with the company. Financial analyst Max Keiser says this is crony capitalism and corruption at the highest level.

After leaving office in 2014, over a dozen former EU Commissioners are still receiving yearly payments of around €100,000 from Brussels, according to German newspaper Die Zeit.

They include 16 former European commissioners who have since been hired by top steel and energy companies, as well as telecommunication organizations, and even include the Romanian prime minister.

Those former officials come from the time of Jose Manuel Barroso’s EU Commission, and Barroso himself has come under fire for being hired by Goldman Sachs after leaving his post.

The former European Commission chief took a role at the bank to advise on how to limit the possible financial fallout from the UK’s Brexit. However, he has since been cleared of breaking any rules by an EU panel.

#Assange: My young children have had to adapt to live without father (full John Pilger EXCLUSIVE) https://t.co/qmZHXf6dNq pic.twitter.com/PsNRUTqoIM

RT: So, these payments are meant to prevent former EU officials from needing jobs. Yet, some are cashing their checks and still taking on work at the same time. What’s your take on that Max?

Max Keiser: Barroso and Goldman Sachs – this is a fascinating story. Goldman Sachs mimicked what we later found out in 2008 – that they would make bets against their own clients to destroy their own clients, and profit from the destruction of their own clients during the 2008 crisis. Goldman Sachs set up Greece to fail in a similar way – by rigging the system to include Greece in the euro, by creating fraudulent deals under the supervision of Barroso, who was over at the EC. Barroso, of course, is complicit in the defrauding of the Greeks and the Greek economy, and the destruction of Greece. And now he’s going to go to work for Goldman Sachs in an advisory capacity for the very folks that he helped engineer that collapse for in a quid pro quo.

This is crony capitalism; this is an example of corruption at the highest level. The excuse that they use is: “It is all legal. I am doing something legal.” Well, everything Al Capone did back in the 1930’s in Gangland America was legal. There had to be a will to go after him by the Justice Department, and they found a route – charging him with tax evasion. There is no will to prosecute financial terrorism like we’re seeing with Barroso and Goldman Sachs – this is soft terrorism, unlike an exploding improvised device that kills instantly. Financial terrorists like Barroso and Goldman Sachs put together deals that maim and kill people over 10, 15, 20 years. But the destruction is the same. They are of the same moral club. He believes that this reflects not in any immodest way on his morality. Yet, we know looking at the history of this that these guys are the most immoral, unethical, really scum and prostitutes on the world stage.

RT: Are these annual payments from Brussels the best way to prevent former officials from working in the private sector?

MK: The best way to avoid this type of corruption is to stop allowing bankers to write the laws that govern them, and the people who enable this to happen, like government officials. Then you will see an end to this revolving door of quid pro quo crony capitalism and corruption. We need the rule of law to be imposed. We need actual adherence to the law. That would be a great first step.

RT: It’s been reported that Brussels refused to provide information about the payments. Don’t people have the right to know how their governments are spending the taxpayers’ money?

MK: Systemic fraud takes place amongst all these institutions. Barroso, of course, was running the EC that was part of the Troika, which included the European Central Bank, which is also in league with the Federal Reserve Bank and the Bank of England, and Wall Street banks, and banks in the UK to commit this massive multi-trillion global shadow banking system, where they move trillions of dollars on a daily basis for fees. They make incredible fees by corrupting the system and engineering huge tranches of fraudulently conceived debt. This is how they destroyed Greece; this is how they are destroying the global economy. They are getting rich on the back of global economic destruction. The people have the right to see what is going on… Yes, of course, they have the right to see what is going on. They have many rights. They have the right not to be abused by their government officials; they have the right not to have their money stolen by Barroso. 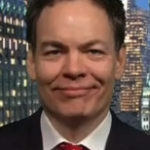 Max Keiser, the host of RT’s ‘Keiser Report,’ is a former stockbroker, the inventor of virtual specialist technology and co-founder of the Hollywood Stock Exchange.