21 Jul 2015 – Nuclear weapons should be completely eliminated worldwide as they are “detrimental to international peace and security,” the Iranian government said in a statement following a passage of the Security Council resolution endorsing the Iran nuclear deal. 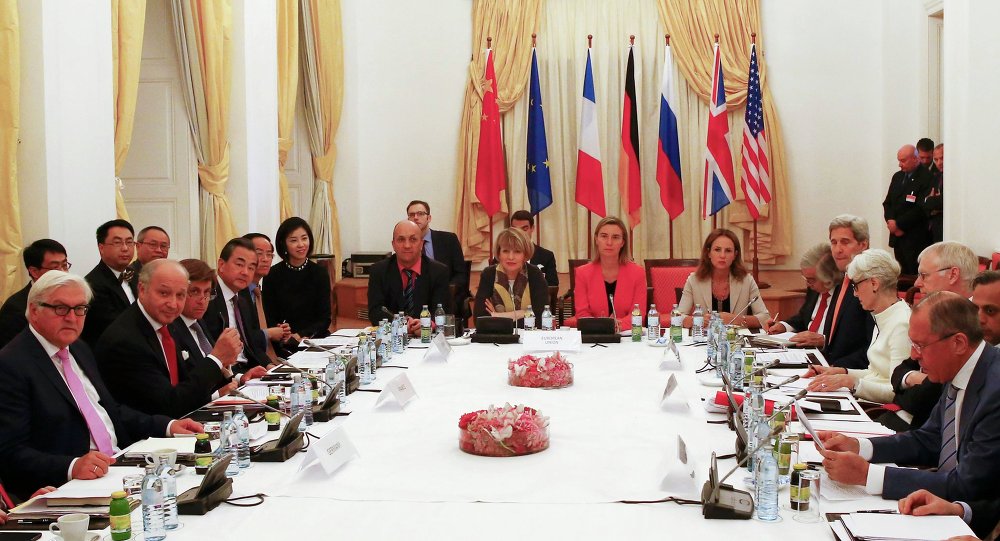 “The Islamic Republic of Iran underlines the imperative of total elimination of nuclear weapons, as a requirement of international security and an obligation under the Treaty on the Non-Proliferation of Nuclear Weapons (NPT),” the statement, issued on Monday, reads as quoted by Iran’s ISNA news agency.

The statement added that Tehran is committed to actively contribute to “all international diplomatic and legal efforts to save humanity from the menace of nuclear weapons and their proliferation.”

The Iranian government stressed the importance of the establishment of the Middle East nuclear weapon free zone.

The P5+1 international negotiators have been attempting to reach a comprehensive agreement with Iran that would insure the peaceful nature of the country’s nuclear program since November 2013, when an interim was signed.

On July 14, a final deal was struck in the Austrian capital of Vienna after over two weeks of continuous talks and multiple extensions of self-imposed deadlines.

According to the final text of the nuclear agreement, Iran will under no circumstances seek to develop or acquire a nuclear weapon and, in exchange, will receive sanctions relief. The text details how the final treaty will positively contribute to regional Middle Eastern security.