30 Jun 2015 – Yesterday morning approximately 20-30 wonderful creatures were swimming in the cold Northern waters enjoying life in the company of their small family group.

It was a beautiful Monday morning; the seas were calm and the skies were blue.

Though most civilized people in the world would view this as a beautiful thing, watching a pod of these unique creatures swimming gracefully through the sea, a small group of thugs on the shore nearby gazed over the water with murderous intentions in their heart. 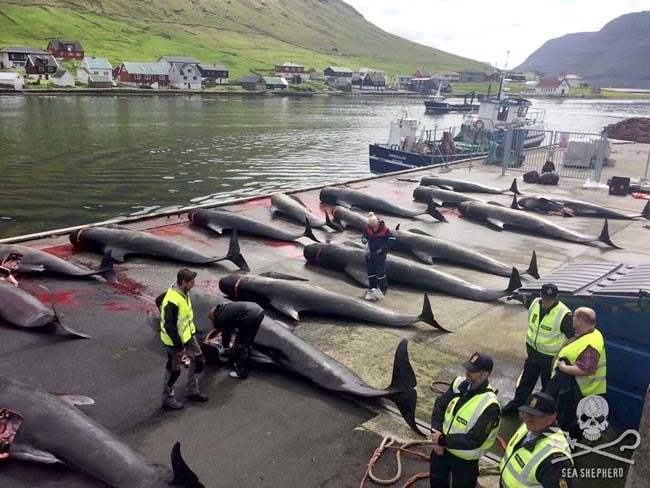 The call was issued to kill. The police closed the tunnels. The Sea Shepherd ship Brigitte Bardot was patrolling approximately 25 nautical miles to the south but quickly raced to the site where the whales were spotted. However, the vessel was unable to proceed through the entrance of the fjord, which was being guarded by the Danish Navy vessel Triton. The thugs were unleashed with huge hooks and sharp knives. 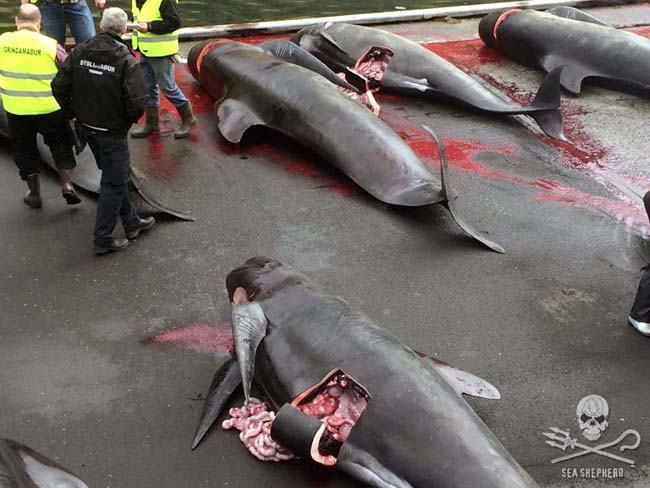 Another bloody slaughter in the name of tradition in the Faroe Islands. Photo credit: Sea Shepherd / Rosie Kunneke

The pilot whales were driven to shore and massacred as the police blocked the path of any interference.

The bodies were hoisted onto the dock by a crane as each animal was disemboweled, unborn fetuses ripped from their mothers’ wombs. The bodies were decapitated one by one. One supporter of the slaughter sent me a message saying, “We could show ISIS a thing or two about decapitation, you whale-loving bastards.” 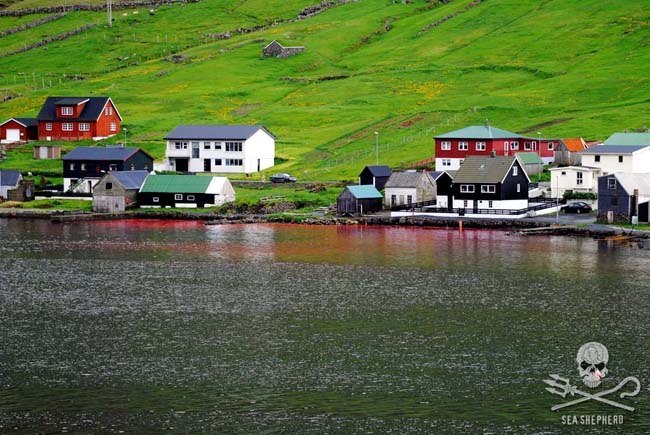 The waters run red at Hvannasund in the Faroe Islands after the slaughter.
Photo credit: Sea Shepherd / Nils Greskewitz

As the mutilations continued, Sea Shepherd volunteers were surrounded by Faroese police officers charged with the duty of preventing any interference with the slaughter.