July 16 2015 – Retired Army Gen. Mike Flynn, a top intelligence official in the post-9/11 wars in Iraq and Afghanistan, says in a forthcoming interview on Al Jazeera English that the drone war is creating more terrorists than it is killing. He also asserts that the U.S. invasion of Iraq helped create the Islamic State and that U.S. soldiers involved in torturing detainees need to be held legally accountable for their actions. 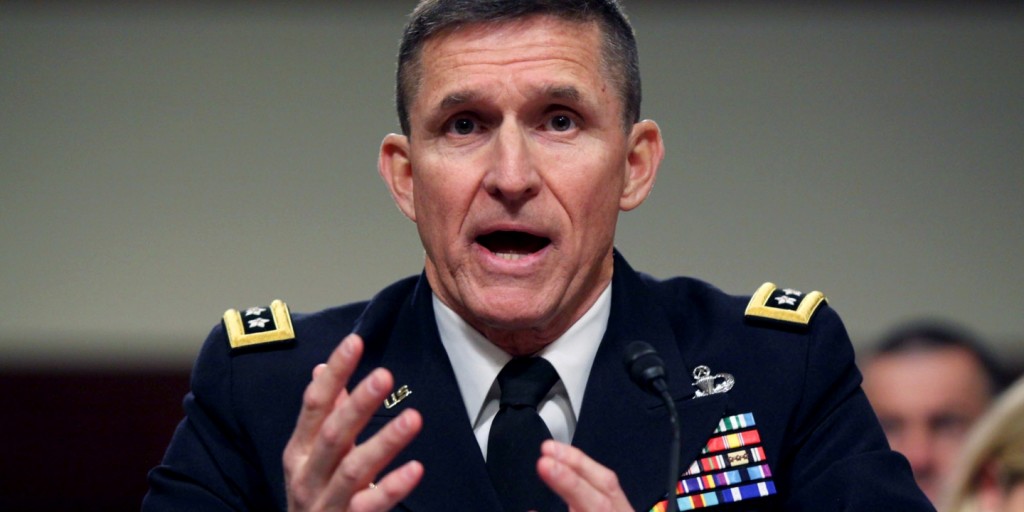 Flynn, who in 2014 was forced out as head of the Defense Intelligence Agency, has in recent months become an outspoken critic of the Obama administration’s Middle East strategy, calling for a more hawkish approach to the Islamic State and Iran.

But his enthusiasm for the application of force doesn’t extend to the use of drones. In the interview with Al Jazeera presenter Mehdi Hasan, set to air July 31, the former three star general says: “When you drop a bomb from a drone … you are going to cause more damage than you are going to cause good.” Pressed by Hasan as to whether drone strikes are creating more terrorists than they kill, Flynn says, “I don’t disagree with that.” He describes the present approach of drone warfare as “a failed strategy.”

“What we have is this continued investment in conflict,” the retired general says. “The more weapons we give, the more bombs we drop, that just … fuels the conflict.”

Prior to serving as director of the Defense Intelligence Agency, Flynn was director of Intelligence for the Joint Special Operations Command (JSOC) during the wars in Iraq and Afghanistan. During his time in Iraq, Flynn is credited with helping to transform JSOC into an intelligence-driven special forces operation, tailored to fight the insurgency in that country. Flynn was in Iraq during the peak of the conflict there, as intelligence chief to Stanley McChrystal, former general and head of JSOC. When questioned about how many Iraqis JSOC operatives had killed inside the country during his tenure, Flynn would later say, “Thousands, I don’t even know how many.”

In the upcoming interview, Flynn says that the invasion of Iraq was a strategic mistake that directly contributed to the rise of the extremist group the Islamic State. “We definitely put fuel on a fire,” he told Hasan. “Absolutely … there’s no doubt, I mean … history will not be kind to the decisions that were made certainly in 2003.”

Over his 33 years in the Army, Flynn developed a reputation as an iconoclast. In 2010, he published a controversial report on intelligence operations in Afghanistan, stating in part that the military could not answer “fundamental questions” about the country and its people despite nearly a decade of engagement there. Earlier this year, Flynn commended the Senate Intelligence Committee report on CIA torture, saying that torture had eroded American values and that in time, the U.S. “will look back on it, and it won’t be a pretty picture.”

He echoed these statements in his Al Jazeera appearance. Before his tenure at JSOC, operatives of the force had already become notorious for operating secretive prison facilities in Iraq where the torture of detainees had become routine. In his interview, Flynn denied any personal role in these abuses, while calling for accountability for U.S. soldiers who had been responsible. “You know I hope that as more and more information comes out that people are held accountable,” Flynn says. “History is not going to look kind on those actions … and we will be held, we should be held accountable for many, many years to come.”