The Honduran Meltdown: Made in USA

Six years after the coup in Honduras, it’s time for another history lesson. 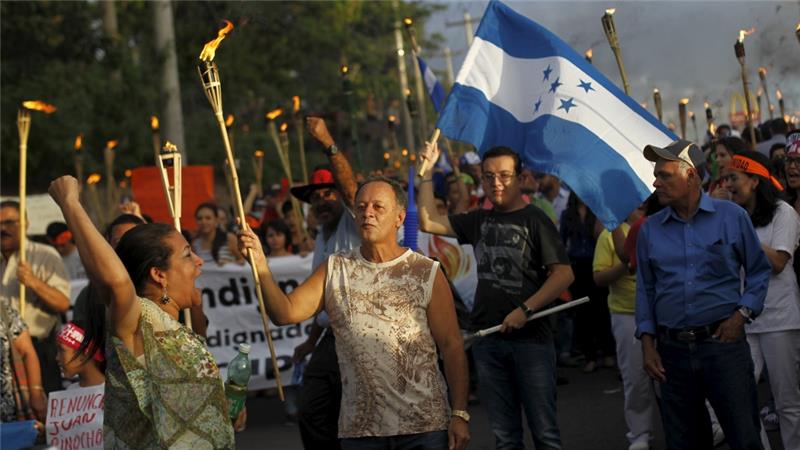 28 Jun 2015 – In May 2005, US Deputy Secretary of State Robert Zoellick appeared at the conservative Heritage Foundation in Washington to rally support for CAFTA, a free trade agreement between the US, the Central American countries, and the Dominican Republic.

In his remarks, Zoellick played up the notion that, for Central America and the DR, the agreement would “strengthen democracy through economic growth and open societies based on the rule of law”, while also entailing various perks for the gringos; a T-shirt reading “Made in Honduras”, he enthused, would likely contain over 60 percent US content.

The deputy secretary and future president of the World Bank went as far as to assert that, “In many ways, CAFTA is the logical culmination of 20 years of democratic and social progress in Central America, nurtured and encouraged by the United States.”

Never mind that, 20-some years ago, the United States was nurturing things like Battalion 3-16, described by the Baltimore Sun as a “CIA-trained military unit that terrorised Honduras for much of the 1980s”.

Anything but the communists

To be sure, much of Honduras’ contemporary plight – while perhaps appearing on the surface, like Zoellick’s T-shirt, to be a domestic creation – is in fact Made in USA.

Encouraged by then-US ambassador to Honduras John Negroponte, the Battalion 3-16 death squad was responsible for the disappearance of almost 200 suspected Honduran leftists and the torture and kidnapping of many more.

The aim of right-wing terror, of course, was to prevent a Honduran crossover to the communist dark side a la neighbouring Nicaragua – against whose transgressions Honduras had the honour of acting as de facto US military base and staging ground for the Nicaraguan “contra” war.

Aside from the Honduran army and similarly reactionary forces, other Hondurans benefited from the arrangement, as well. Among them was Juan Ramon Matta Ballesteros, the country’s most famed drug lord and owner of the contra supply airline SETCO, dubbed the “CIA airline”.

In his multitasking heyday, Matta not only assisted in supplying the contras with their logistical needs, but also contributed to the flow of narcotics to the US.

It’s this sort of arrangement that makes a mockery of continuing US drug war rhetoric, which excuses the militarisation of the hemisphere and allows the US Drug Enforcement Administration (DEA) to transcend borders at will, while US borders are increasingly fortified. 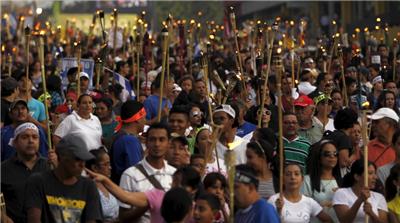 Caught in the crossfire

In a 2012 incident involving DEA agents in Honduras, four poor Afro-indigenous canoe passengers -including a 14-year-old boy and a pregnant single mother – were mistaken for drug traffickers and killed in a helicopter operation.

In addition to flying in the face of Zoellick’s suggestion that CAFTA would somehow help resolve the drug trafficking mess in Central America, the affair was perhaps a good example of what can happen when US law enforcement agencies prioritise justifying their budgets over safeguarding human rights.

Indeed, when it comes to crime-fighting systems imported from the US, it seems Honduran civilians are forever getting caught in the crossfire – although some would argue that it’s not an issue of crossfire at all.

Maria Luisa Borjas, the former chief of internal affairs for the Honduran police force, herself confirmed to me during a conversation in 2009, that approximately 3,000 young people had been murdered by the state during the presidency of Ricardo Maduro (2002-06).

Inspired by former New York Mayor Rudy Giuliani, Maduro acted as the ringleader for Honduras’ very own zero tolerance regime, which was characterised, Borjas said, by a criminalisation of youth and a liberal application of the term “gang member” to validate extrajudicial killings.

American University anthropologist Adrienne Pine has referred to the period as one of “invisible genocide”, primarily against “unemployed young men who were marked as criminals by a society that had no room for them”.

According to Zoellick’s menacing calculations in 2005, a voting down of CAFTA would mean that Central American “wages will be lower, and a door to upward mobility for the region’s poor will be slammed in their face”. But in the decade since the agreement’s ratification, there’s no evidence that any more room has been made in Honduran society for the poor.

This could have been predicted from the get-go by anyone who paid scant attention to NAFTA, the 1994 free trade accord that lowered wages in Mexico, raised unemployment, and forced two million Mexican farmers to abandon their land thanks to US export subsidies.

When Maduro’s successor Manuel Zelaya dared to ever-so-slightly challenge the US-sponsored landscape in Honduras – earning a caricature among the fanatical Honduran elite as a die-hard communist puppet of Hugo Chavez and Fidel Castro – he was overthrown in a military coup on June 28, 2009.

His transgressions had included bringing the urban minimum wage up to $290 a month, demonstrating less than complete obsequiousness to mining and other foreign corporations, and proposing a bit more democratic participation by the Honduran citizenry.

Formally, he was accused of attempting to violate the national constitution by revising Article 239, which prohibited the re-election of presidents. In April of this year, the very same article was conveniently done away with by the current right-wing government of Juan Orlando Hernandez, himself instrumental in the overthrow of Zelaya.

The US, for its part, did its best to legitimise the 2009 coup while pretending not to. After hemming and hawing for months about whether or not a coup perpetrated by the military qualified as a military coup and thus necessitated punitive financial measures, the US recognised the outcome of illegitimate Honduran elections held in November 2009 by the coup-installed regime. And poof, Honduras was restored to the realm of democracy.

But the post-coup era has seen soaring homicide rates, with much of the violence committed by state security forces enjoying near-total impunity. And from the looks of it, these same forces are slated for more handouts from the imperial benefactor to the north.

In a recent op-ed for Al Jazeera America, historian Dana Frank writes that, despite Hernandez’s flagrant violations of the rule of law, his excessive militarisation policies, and his repression of civil liberties, “the White House is aggressively pushing for a billion dollars in aid to Central America, much of which will flow to Honduras, including a tripling of military funding.”

This, Frank contends, is “tantamount to rewarding Hernandez and other Honduran elites for the very crisis they created”.

But seeing as the crisis is far from 100 percent Made in Honduras, it seems there are plenty of rewards to go around.