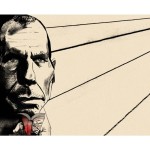 17 Aug 2015 – Greece’s public debt has been put back on Europe’s agenda. Indeed, this was perhaps the Greek government’s main achievement during its agonizing five-month standoff with its creditors. After years of “extend and pretend,” today almost everyone agrees that debt restructuring is essential. Most important, this is true not just for Greece.

In February, I presented to the Eurogroup (which convenes the finance ministers of eurozone member states) a menu of options, including GDP-indexed bonds, which Charles Goodhart recently endorsed in the Financial Times, perpetual bonds to settle the legacy debt on the European Central Bank’s books, and so forth. One hopes that the ground is now better prepared for such proposals to take root, before Greece sinks further into the quicksand of insolvency.

But the more interesting question is what all of this means for the eurozone as a whole. The prescient calls from Joseph Stigltiz, Jeffrey Sachs, and many others for a different approach to sovereign debt in general need to be modified to fit the particular characteristics of the eurozone’s crisis.

The eurozone is unique among currency areas: Its central bank lacks a state to support its decisions, while its member states lack a central bank to support them in difficult times. Europe’s leaders have tried to fill this institutional lacuna with complex, non-credible rules that often fail to bind, and that, despite this failure, end up suffocating member states in need.

One such rule is the Maastricht Treaty’s cap on member states’ public debt at 60% of GDP. Another is the treaty’s “no bailout” clause. Most member states, including Germany, have violated the first rule, surreptitiously or not, while for several the second rule has been overwhelmed by expensive financing packages.

The problem with debt restructuring in the eurozone is that it is essential and, at the same time, inconsistent with the implicit constitution underpinning the monetary union. When economics clashes with an institution’s rules, policymakers must either find creative ways to amend the rules or watch their creation collapse.

Here, then, is an idea (part of A Modest Proposal for Resolving the Euro Crisis, co-authored by Stuart Holland and James K. Galbraith) aimed at re-calibrating the rules, enhancing their spirit, and addressing the underlying economic problem.

In brief, the ECB could announce tomorrow morning that, henceforth, it will undertake a debt-conversion program for any member state that wishes to participate. The ECB will service (as opposed to purchase) a portion of every maturing government bond corresponding to the percentage of the member state’s public debt that is allowed by the Maastricht rules. Thus, in the case of member states with debt-to-GDP ratios of, say, 120% and 90%, the ECB would service, respectively, 50% and 66.7% of every maturing government bond.

To fund these redemptions on behalf of some member states, the ECB would issue bonds in its own name, guaranteed solely by the ECB, but repaid, in full, by the member state. Upon the issue of such an ECB bond, the ECB would simultaneously open a debit account for the member state on whose behalf it issued the bond. The member state would then be legally obliged to make deposits into that account to cover the ECB bonds’ coupons and principal. Moreover, the member state’s liability to the ECB would enjoy super-seniority status and be insured by the European Stability Mechanism against the risk of a hard default.

Such a debt-conversion program would offer five benefits. For starters, unlike the ECB’s current quantitative easing, it would involve no debt monetization. Thus, it would run no risk of inflating asset price bubbles.

Second, the program would cause a large drop in the eurozone’s aggregate interest payments. The Maastricht-compliant part of its members’ sovereign debt would be restructured with longer maturities (equal to the maturity of the ECB bonds) and at the ultra-low interest rates that only the ECB can fetch in international capital markets.

Third, Germany’s long-term interest rates would be unaffected, because Germany would neither be guaranteeing the debt-conversion scheme nor backing the ECB’s bond issues.

Fourth, the spirit of the Maastricht rule on public debt would be reinforced, and moral hazard would be reduced. After all, the program would boost significantly the interest-rate spread between Maastricht-compliant debt and the debt that remains in the member states’ hands (which they previously were not permitted to accumulate).

Finally, GDP-indexed bonds and other tools for dealing sensibly with unsustainable debt could be applied exclusively to member states’ debt not covered by the program and in line with international best practices for sovereign-debt management.

The obvious solution to the euro crisis would be a federal solution. But federation has been made less, not more, likely by a crisis that tragically set one proud nation against another. Indeed, any political union that the Eurogroup would endorse today would be disciplinarian and ineffective. Meanwhile, the debt restructuring for which the eurozone – not just Greece – is crying out is unlikely to be politically acceptable in the current climate.

But there are ways in which debt could be sensibly restructured without any cost to taxpayers and in a manner that brings Europeans closer together. One such step is the debt-conversion program proposed here. Taking it would help to heal Europe’s wounds and clear the ground for the debate that the European Union needs about the kind of political union that Europeans deserve.

Yanis Varoufakis, a former finance minister of Greece, is a Member of Parliament for Syriza and Professor of Economics at the University of Athens.