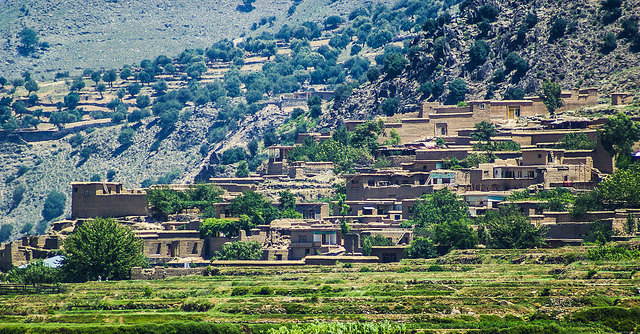 The July 30 ruling by a federal judge that the U.S. may continue holding as a prisoner of war an inmate of Guantanamo who was captured in Afghanistan in 2002, was a reminder that America is still  at war in that country. The prisoner claimed that since the U.S. formally ended its combat role in Afghanistan in 2014, he had a right to be released. But according to Judge Royce C. Lambeth, the war in Afghanistan is not yet over. He wrote in his decision, “The government may not always say what it means or means what it says.” One of the defendant’s lawyers said the judge’s ruling endorsed “the idea of a limitless forever war under which the government can continue fighting.” But fighting for what? The murderous attack on the World Trade Towers in September 2001 was masterminded, financed, and carried out by a group of Saudis. Yet without attempting to understand the motivation behind the suicidal attack, or to identify the policies that provoked it, George W. Bush declared a “war on terror” and ordered the invasion of Afghanistan.

He did so with the full support of Congress. Only one member, Rep. Barbara Lee (D-CA), voted against the resolution authorizing military action. In a column for the San Francisco Chronicle of September 23, 2001, Lee urged that the perpetrators be brought to justice, but added, “A rush to launch precipitous military counterattacks runs too great a risk that more innocent men, women, and children will be killed. I could not vote for a resolution that could lead to such an outcome.”

Her apprehension was justified. As of last year, 91,000 Afghans had been killed, including 26,000 civilians. More than 2,000 Americans were dead, and many more handicapped for life. Whatever their deaths had accomplished, it was surely not victory.

The initial invasion by U.S. and NATO troops, accompanied by massive bombing attacks, drove the Taliban government out of Afghanistan and into Pakistan. But as the Americans began turning much of the fighting over to the Afghan army, the Taliban were able to fight their way back and regain control of a large part of the country, often  with the support of the local population.

In late July, Taliban forces succeeded in capturing three northern provinces as hundreds of Afghan soldiers either retreated or surrendered. A provincial council official accused the army of “drowning in their own negligence.” Despite intensive training by the Americans, the Afghan army is largely dysfunctional. Illiteracy and desertion are major problems, but the army and police are mainly crippled by the corruption that pervades every level of Afghan society. Soldiers complain that their officers sell their bullets to the Taliban, then take the money and leave their men stranded. One veteran explained to a reporter, “Our commanders all buy their positions so they have to make money to pay for them. The Taliban do not do this with their commanders.”

The corruption that starts with officers selling their troops’ ammunition grows exponentially at higher levels of government, to the degree that Transparency International cites Afghanistan as one the three most corrupt countries in the world. Two years ago Matthew Rosenberg reported in the New York Times  that “For more than a decade, wads of American dollars packed into suitcases, backpacks, and on occasion plastic shopping bags, have been dropped off every month or so at the offices of Afghanistan’s president — courtesy of the Central Intelligence Agency.” “We called it ‘ghost money,’” an Afghan official said.

Instead of providing services to the Afghan people, or even buying influence, the money has damaged the fabric of Afghan society and prevented economic growth. A country that despite being poor was once almost self-sufficient in food and other essentials is now almost entirely dependent on foreign funding. With an economy that for years was focused on serving foreign troops, there has been little investment in agriculture or industry, and as a result, poverty is endemic. At least a million Afghan children suffer from acute malnutrition, and more than three quarters of all Afghans lack access to clean water.

Analysts say the Taliban is winning not because of its strength but because of the government’s weakness. Too many Afghans don’t trust either the government, or the underpaid police and soldiers sent to protect them. Too often the latter extort money from them or abuse them in other ways. The New York Times quoted an anonymous diplomat as saying, “Afghans are not looking for many things, mostly justice and security.” He added, “There is justice under the Taliban.”

There has also been a softening in the Taliban’s stand on some key issues. In recent interviews they said they no longer “seek to monopolize power,” and they now consider education and access to work as basic rights of women as well as men. Local commanders in Kunduz are allowing schools to stay open and are distributing pens and notebooks even to girls’ schools. Last June Taliban officials held a reportedly cordial meeting with female Afghan peace activists, one of whom is a member of the Afghan legislature.

The Taliban’s current leader, Akhtar Mohammed Mansoor, appointed as his deputies two members of the hard-line Haqqani network, which the U.S. has labeled terrorist, but he nevertheless has been willing to engage in peace talks with the Afghan government without preconditions.

So why is America still at war in that beleaguered country? According to President Obama, it’s not. That is, not exactly. Although 11,000 U.S. troops remain on active duty  in Afghanistan, America’s combat role officially ended on December 28, 2015, when President Obama speaking from Hawaii, announced that “The longest war in American history is coming to a responsible end.”

Operation Enduring Freedom was officially over. But Operation Resolute Support immediately took its place. “They change the name of the mission but the mission doesn’t change,” said the wife of a sergeant serving in Afghanistan. In November 2014, a month before declaring the war over, Obama had signed a secret order expanding the military’s mission in Afghanistan in 2015 to include fighting Taliban forces that threatened American troops or the Afghan government, and authorizing airstrikes and the resumption of nighttime house raids that in the past have angered the Afghans.

This past June and July, six months after Obama declared an end to the U.S. combat mission,U.S. warplanes and drones carried out twice as many attacks on the Taliban and other militants as in previous months. Although most of the strikes were aimed at Taliban fighters, targets have expanded to include members of the Islamic State, or ISIS, which is active in the eastern part of the country.

Rachelle Marshall is a former editor and writer and a member of Mill Valley Seniors for Peace, a Jewish Voice for Peace, and Women’s International League for Peace and Freedom.