Climate Policymakers Can Learn from Germany

Germans have a decade’s worth of best practices on how to switch from fossil fuels and nuclear to renewables. 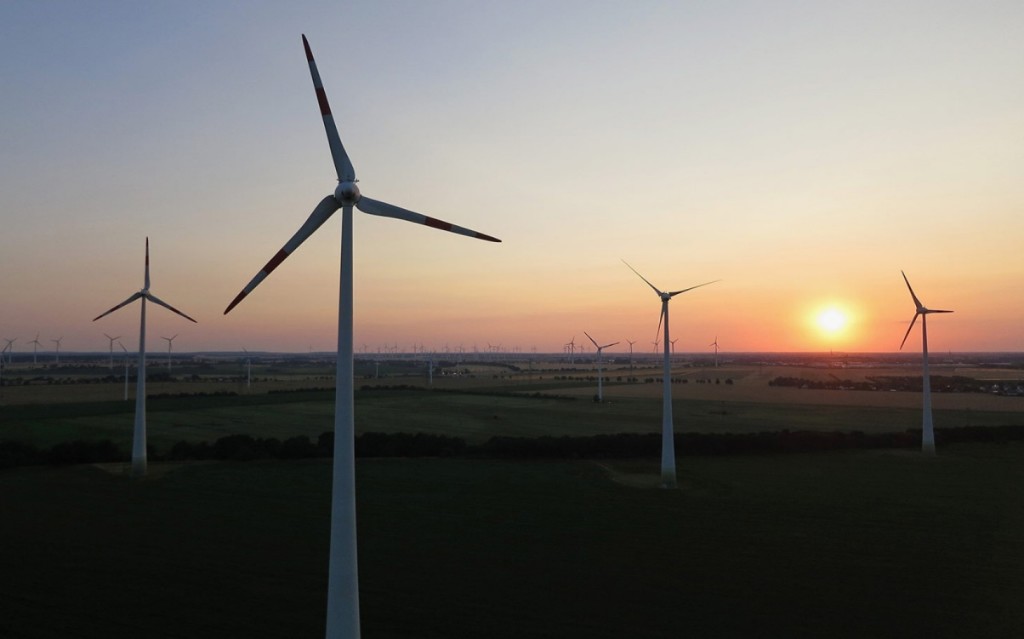 18 Aug 2015 – President Barack Obama and some of the candidates in the 2016 presidential race have in recent weeks rolled out climate change plans. As policymakers continue to weigh their environmental strategies, it is useful to take a stock of what has worked and what hasn’t in other countries, particularly in Germany. The success of Germany’s Energiewende, which aims to fully transition the country into renewable energy, provides seven important lessons for the United States on how to switch from fossil fuels to renewables.

First, the transition to renewable energy can happen quickly. Germany has moved faster than any other industrialized country in shifting its electricity consumption toward renewable energy. In the past 15 years, it has gone from having only about 5 percent renewables in its power mix (mostly small hydroelectric plants) to generating a third of its electricity from renewables, including on- and offshore wind, bioenergy, hydro, thermal and photovoltaic solar. On July 25, Germany set another new record: Renewables accounted for 78 percent of its electricity.

The shift is happening more quickly than anyone anticipated in 2000 when German lawmakers approved the Renewable Energy Resources Act. In addition to low prices for renewable energy generation, a surcharge on electricity that helped investors pay for the initial investment in renewables has been key to Energiewende’s success. Proponents, such as Greenpeace Germany, pushing for its acceleration say Germany could have two-thirds of its power from renewables by 2030 and 100 percent by 2050. The government expects to generate 80 percent from renewables by 2050.

Second, renewable energy expansion boosts jobs and economic growth. Germany made massive investments in renewables, and its economy was one of the first to crawl out of the recent global recession and has grown steadily from 2004 to 2015. Moreover, the transition has not slowed Germany’s global competitiveness. It exported more in 2014 than ever before and increased its already lopsided trade surplus to $234 billion that year, despite sanctions against Russia and sluggish global growth. In 2013 the renewable sector accounted for about 372,000 jobs in Germany, and other aspects of its environmental policy — such as energy efficiency, alternative mobility, educational and training programs, research and development, the decommissioning of nuclear reactors and grid expansion — have added at least 1.5 million jobs. The most obvious winners from Energiewende are farmers, small and medium-size businesses and citizen groups that invested heavily in renewable energy.

Third, solar and wind are the workhorses. In the near future, every country, region and municipality will have a mix of energy sources that reflects its natural resources, needs and weather patterns. Some countries such as Iceland can rely on geothermal power. Others such as Norway will have plentiful hydroelectric sources to draw on. But most of the renewable power production will come from solar and wind power. These two technologies are the backbone of Germany’s transition and are expected to become cheaper and even more effective.

“Solar energy has become cheaper much more quickly than most experts predicted and will continue to do so,” Patrick Graichen, the director of Berlin-based think tank Agora Energiewende, said in February. “Plans for future power supply systems should therefore be revised worldwide … In view of the extremely favorable costs, solar power will … play a prominent role, together with wind energy — also, and most important, as a cheap way of contributing to international climate protection.”

Fourth, climate protection policies should involve the grass roots. Germany’s four largest utility companies account for only 6 percent of renewables. In fact, the big gas and power utilities have tried to put the brakes on Energiewende. They bet againstEnergiewende and lost primarily because a cottage industry of smaller producers and renewables offshoots was able to capitalize on the transition. Nearly two-thirds of the clean power generation is in the hands of farmers, individuals, energy co-ops, small and medium-size businesses, citizen groups, green investment funds and municipalities. The hands-on and grass-roots-focused engagement is what made Energiewende popular and possible. In the process, it has democratized the energy sector, empowering citizens and small businesses in an area once dominated by multinationals.

Fifth, nuclear power is no longer necessary. Germany is pursuing an exit from nuclear power and has met the European Union’s tough greenhouse gas reduction targets at the same time. U.S. lawmakers, even those on the left, are friendlier to nuclear energy than Europeans, particularly the anti-nuclear Germans. But Germany is proof that nuclear power is not necessary to make the transition to green energy. In the aftermath of the 2011 Fukushima nuclear disaster in Japan, when Chancellor Angela Merkel shut down a third of Germany’s nuclear plants, skeptics warned that the country would have blackouts or power outages. But Germany has a surplus of electricity and has experienced fewer outages than pro-nuclear neighbors such as the Czech Republic and France.

Sixth, we should disincentivize coal-fired generation. Despite its successes in greening the power sector, Germany has failed to significantly drive down the share of its coal-generated energy. While it’s lower than in 2010, coal’s share in the German energy mix increased slightly from 2012 to 2014. This is not because renewables could not fill the gap left by the shuttering of nuclear plants but because Germany and the EU refused to put a price on the burning of fossil fuels. The 2005 EU emissions trading scheme was flawed and ineffective, and the EU, led by its German energy commission, refused to fix it. It is not enough to support renewables; coal has to be taxed and disincentivized in other ways to bring emissions down.

Finally, the U.S. must expand and revamp its power grid. Germany was too slow to upgrade its grid networks, which hampered expansion and irked some of its neighbors, which were swamped by Germany’s renewably generated power on windy and sunny days. Meeting supply with demand using weather-dependent green energy entails having significant natural storage capacity, as Norway does, or building a smart grid to effectively distribute electricity. If Germany had not been playing catch-up with grid expansion, it could be even further along than it is now.

To be clear, the United States is very different from Germany in energy policy and consumption. But the German experience is relevant because, like the U.S., it has a sophisticated, energy-intensive production sector. U.S. policymakers would do well to take Energiewende into consideration when plotting their contribution to climate protection.

Paul Hockenos is a journalist living in Berlin. He has covered the transformations of the EU for over 25 years.