Most Disgusting Game Ever

No, I’m not referring to the U.S. election. I’m referring to “Bycatch.” The name refers not to fish accidentally caught and killed while trying to catch and kill other fish, but to humans murdered in a game in which the player hopes to murder certain other humans but knows that he or she stands a good chance of murdering some bycatch. 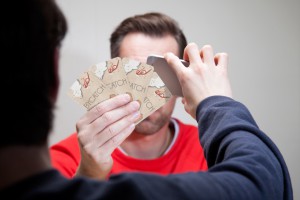 The Nazis never reached this height of banality in the general German public, but had they done so it would be a sinister feature of tens of thousands of Hollywood movies. If Russians sat around playing a board game that involved blowing up Ukrainian children, the Washington Post would have already published several front-page articles.

This is a game that puts you in the shoes of one particular human being, thus far, but imagines several engaging in the same activity in competition. In Bycatch you become Barack Obama going through his Tuesday murder list. But Bycatch imagines as many nations as people playing the game, each engaging in a drone murder spree against the others. Here’s an excerpt from the rules:

“Suspects hiding in other nations can be eliminated by means of a strike. You choose the opponent you wish to target and go through these steps:

“Discard two identical citizens who are not suspects from your hand.

“Show these cards to the other players.

“Place them face down in front of you.

“Failed Strike: If none of the eliminated citizens are suspects, they are all collateral damage.

“Successful Strike: If at least one eliminated citizen is a suspect, do the following:

“The remaining citizens are collateral damage.”

Thrilling! I wonder how one wins such a game of easy murder?

“Add 100 points for each suspect eliminated by a strike. Use the intelligence cards to identify eliminated suspects.

“Collateral Damage: Detract 10 points for each citizen in a strike who was not a suspect.” 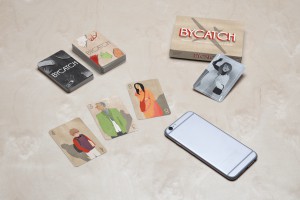 So, if you casually murder three “wrong” people, you lose 30 points. But if you only murder two “wrong” people and murder one “right” person, you gain 80 points. I wonder what people will do?

This is a game to be played by well-off people who can afford to purchase such crap and to sit around playing with it. And it’s being marketed to them with a wink by people who know better. The game’s would-be profiteers have this to say about it:

“Appealing artwork helps you empathize with your citizens and the horrors of drone strikes and collateral damage.”

Right. Because tossing lives around on playing cards and making more points the more you murder is a well-established path to empathy.

I thought I couldn’t grow any more disgusted with the human race. I was wrong.

Anticopyright: Editorials and articles originated on TMS may be freely reprinted, disseminated, translated and used as background material, provided an acknowledgement and link to the source, TMS: Most Disgusting Game Ever, is included. Thank you.