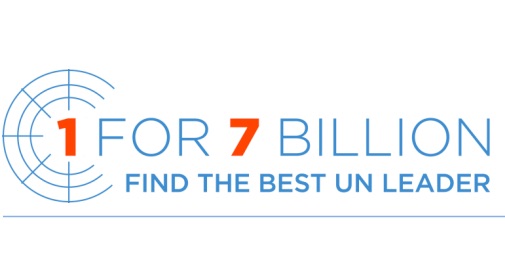 To: Heads of State and Government, Ministers of Foreign Affairs, Permanent Representatives to the United Nations

The selection of the new Secretary-General in 2016 will be one of the most important decisions the General Assembly will make in the next ten years. The new Secretary-General will have to address a world confronted with increasingly dangerous civil wars, humanitarian and environmental disasters, terrorism, regressive development, economic and financial turmoil, and inequality. The need for global leadership and international cooperation is greater than ever. It is crucial that the best and most highly qualified candidate is selected to become UN Secretary-General.

The importance and complexity of the office has changed radically during the last 69 years, as have the threats and challenges to the entire UN system. The leadership of successive UN Secretaries-General – as chief administrative officers, diplomats, mediators, and representatives of the UN purposes and principles – has been fundamental in shaping the work of the United Nations. They have provided a critical public international voice on key issues of peace and security, development, and human rights.

The procedure the General Assembly adopted in 1946 to select the UN Secretary-General is significantly outdated, and is not compatible with selecting the best possible candidate. It falls far short of modern recruitment practices for high-level international appointments, as well as of the UN’s own standards and ideals. We highlight, for instance, that no woman has ever been selected to become UN Secretary-General, and that few have been seriously considered.

In the last twenty years, many international organisations, including the UN, have made major improvements and reforms in procedural mechanisms to enhance the transparency and accountability of high-level appointments. It is imperative that the selection process for the next UN Secretary-General is changed to meet the higher standards that the UN General Assembly, UN experts and civil society have persistently called for. A more open and inclusive selection process engaging all UN Member States will also help to revitalize the UN and enhance its global authority.

A group of civil society organisations strongly committed to upholding the UN Charter and its values has agreed on a set of principles and made proposals that form the basis for urgent and credible reform. The proposals are realistic and do not require an amendment of the UN Charter. Many of them have already been endorsed by a majority of UN Member States.

They include publication of formal selection criteria, a call for nominations and a clear timetable for the selection process that enables adequate assessment of candidates, including through an official list of candidates and the submission of candidate vision statements.

We believe that all Members States of the General Assembly can and should play a more prominent and meaningful role in the appointment process.

Furthermore, the Security Council could be requested to present or recommend more than one candidate to the General Assembly. Another recommendation is for a single term of a non-renewable period of seven years, which would help the Secretary-General to pursue a longer-term agenda without the disruption of re-election campaigning.

The proposals are described in the attached policy platform for a new global campaign: 1 for 7 Billion – find the best UN leader. More organisations and individuals from around the world are joining this campaign every day.

As the United Nations is preparing to celebrate the 70th anniversary of the UN Charter next year, we hope that Member States of the General Assembly and the Security Council will seize this historic opportunity to initiate a key set of basic reforms, including those outlined in our document, to ensure that the best and most qualified candidate is selected to become the next Secretary-General of the United Nations.