Eighty-years ago today [July 13, 2015], the United States became the first country to ratify the international treaty commonly known as the Roerich Pact. Actually, “commonly” is a bit of a stretch—the 80-year-old agreement doesn’t get a lot of attention these days—yet one of its key objectives has recently been in the spotlight. 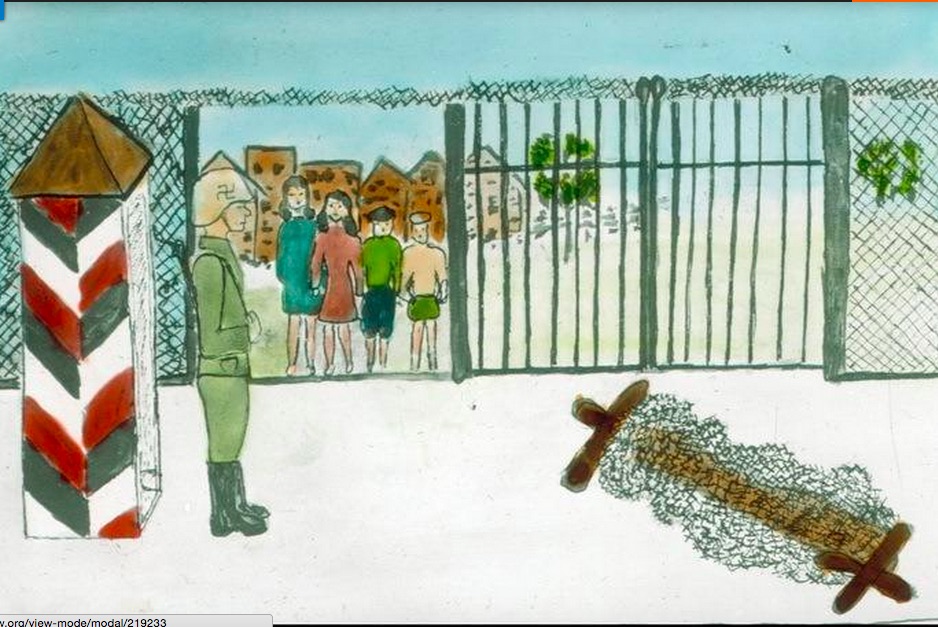 A child’s painting of education under attack: A student depicts the scene at her school in Sagene during the years of German occupation. Randi Lind/1944

The pact’s full name, the “Treaty on the Protection of Artistic and Scientific Institutions and Historic Monuments,” gives a clearer overview of its intentions. The treaty’s first article notes that “educational…institutions shall be considered as neutral and as such respected and protected by belligerents… The same respect and protection shall be accorded to…educational…institutions in time of peace as well as in war.”

Only 10 countries joined the treaty—all of them from the Americas. The Americas is also the region with the highest number of countries in which laws explicitly limit the authority of government security forces to enter higher education institutions. Most recently, many countries in the Americas have been early and enthusiastic supporters of the Safe Schools Declaration that was opened for states to join at an international summit in Oslo, Norway, on May 28-29.

The Safe Schools Declaration was drafted under the leadership of Argentina and Norway. The 47 countries that have joined so far include Argentina, Brazil, Chile, Costa Rica, Ecuador, Honduras, Jamaica, Panama, and Uruguay. The Declaration is a political commitment to do more to protect students, teachers, schools, and universities from attack during times of armed conflict. It also allows countries to endorse and commit to use a set of Guidelines for Protecting Schools and Universities from Military Use during Armed Conflict, which call upon armed forces to refrain from converting schools or universities into military bases, barracks, defensive positions, detention centers, and weapons caches.

The need to continue working for the protection of education institutions 80 years after the Roerich Pact remains clear. In the past decade, schools have been used for military purposes in at least 26 countries with armed conflict—the majority of countries with armed conflict during that time. The practice exposes students and teachers to the danger of incoming attacks if they remain in the school while they are being used, as well as the risk of harassment, rape, and forced recruitment by the soldiers inside the school. When schools are taken over completely, those buildings may still be damaged or destroyed, with long-term consequences for students’ education. The practice has also been shown to cause students to drop out of school as well as harming school attendance, new enrollment, and advancement to higher levels of education.

But 80 years after being the first to join the Roerich Pact, the United States has shown no interest in joining the Safe Schools Declaration. At the United Nations Human Rights Council in Geneva this month, the United States joined countries such as China, Cuba, Pakistan, and Saudi Arabia to snub efforts to highlight the Oslo Safe Schools Summit in an annual resolution on the right to education. (Bolivia and Venezuela sat out the vote as well.) . . .