The other great historic alternative to capitalism has been anarchism. Often dismissed as a dirty word, its influence ebbs and flows but its libertarian principles remain profoundly influential. 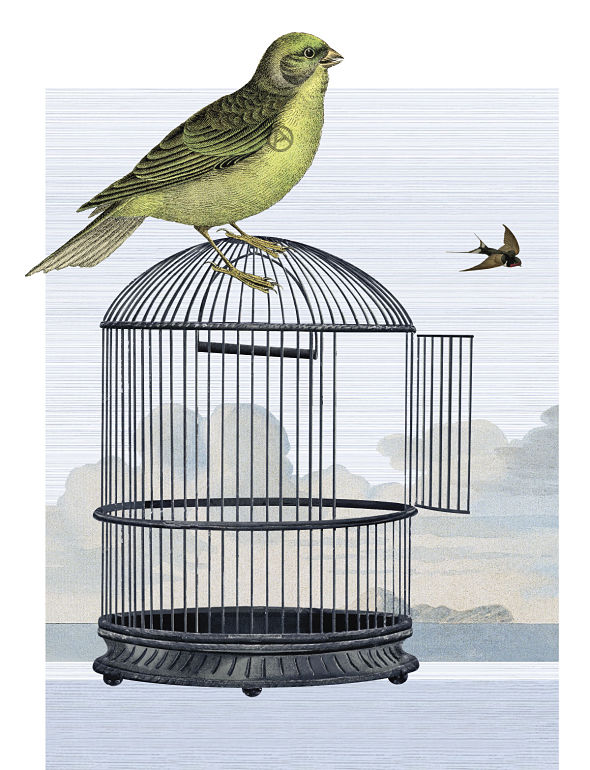 Traditional socialism’s great competitor in both thought and deed amongst those seeking a way out of capitalism has been the anarchism that first bloomed as a political theory in the 19th century. But the desire not to be subject to the arbitrary authority of others and to captain your own ship is as old as recorded memory.

Capitalism has used this universal desire to cloak itself in a libertarian guise by proclaiming that the freedom of the market is the only realistic way to achieve this more general liberty. But this cloak quickly shreds for most people as the growth of corporate monopoly usurps economic and eventually political power – and as their labour activity (most of their waking hours) is reduced to a commodity to be bought and sold, and subject to the profit-seeking whims of a boss. From its early days, capitalism’s claim to represent the only realistic human freedom has been challenged by anarchists and other libertarian currents with their resounding ‘no’ to the arbitrariness of Big Property.

Some anarchists – including the Russian noble Pyotr Kropotkin – saw the Neolithic village as a mostly peaceful and self-governing community before the formation of the state and predatory armies started to wreak havoc. Ancient and medieval history offer up plenty of examples that were often elaborate in their aspirations but partial in their achievement: Greek city states, slave revolts against Imperial Rome, monastic communities, heretical sects in revolt against religious authority, agrarian agitators all swam against the tide of arbitrary authority.

Two figures who stand tall in historical memory are Thomas Müntzer, a leader of the peasant revolts in Germany in the early 16th century; and Gerrard Winstanley, an inspiration of the Diggers movement that defended the Commons at the tail-end of the English Revolution in the mid-17th century. Winstanley in particular recognized authority and property as a deadly combination that undermined popular liberty. 1

The roots of formal anarchism can be traced back to the revolutions of 1848. That year a contagion of revolt against despotism spread across Europe – and not only where one would expect it, in revolutionary Paris, but also such previously unimaginable places as Vienna, which had long been under the brutal boot of Metternich’s Hapsburg Empire, and Berlin, which had been subject to the whims of the Prussian aristocracy. From Palermo to Prague, it was the kind of year when the spent ideologies and prerogatives of the old order came up for challenge by minds as well as feet and fists. The end of the year saw dashed hopes, slammed jail cell doors and too many corpses as the powers-that-be took their pound of flesh. In Paris thousands were executed without trial or even examination.

After the failures of 1848, the anarchist movement underwent significant growth, particularly in France and the Slavic and Mediterranean countries. This was not just a question of a few isolated intellectuals but significant sections of working-class opinion, as with the watchmakers of the Swiss Jura or the workers from the marble quarries around the Italian town of Carrara. The continuing popularity of anarchist thinking could be seen clearly in the revolt of the Paris Commune in 1871, when the city rose against an enfeebled government, outraged by its failure to stop Prussian aggression. The influence of Pierre-Joseph Proudhon and the anarchists far outweighed any other socialist current.

After the defeat of the Commune, the anarchist movement dwindled to near invisibility. Indeed, as the anarchist writer George Woodcock often pointed out, the history of anarchism is one of recurrent ebb and flow.2 He sees a resurgence of libertarian thought and organizing again in the 1900s, with an ebb following the anarchists’ defeat at the hands of Bolshevism (1917-22) but another flow in the 1930s, when classical anarchism reached its high-water mark in Catalonia and Andalusia during the Spanish Civil War. Woodcock believes that, while there are historical correspondences between these different waves of anarchism, they were also shaped by very different contexts. He is not alone in seeing libertarian thought as vital to the formation of the international New Left in the 1960s. New Left notions of participatory democracy had much more of a libertarian than a Leninist ring to them. Although Woodcock never lived to see it, he would undoubtedly have recognized the influence of anarchism and other libertarian strains on the global justice and Occupy movements that animate current radical opposition to ever more dubious forms of capitalism.

The Left is well known for its various splits and fissures. To some degree at least, this is because ideas and principles matter more than expediency in socialist culture. Perhaps none of these splits have been as momentous (and unfortunate) as two that took place at the end of the 19th century. In 1872, at a conference of the First International in The Hague, Marx and his allies expelled the anarchists who rallied around figures like Mikhail Bakunin, Errico Malatesta and James Guillaume. This event not only tragically split the forces of the Left but allowed for the evolution of more authoritarian strains of communism without the check of libertarian radicalism.

The second fateful split came to a head in 1896, when the libertarian delegates were expelled from the International Socialist Congress. Principled socialists such as William Morris and Keir Hardie opposed the expulsion but for most social democrats the libertarian criticisms of electoral opportunism and ‘practical’ politics had become just too irritating. Within a generation, bureaucratism and capitulation had become so rife in social democracy that the parties lost their souls by rallying around their respective national flags in the slaughter of World War One.

These parties also had a record of supporting the colonization policies of the European empires amongst the ‘lesser races’ of Asia and Africa. Without voices to raise doubts about the corruptions of conventional politics and state power, social democracy was gradually transformed from an alternative to capitalism to a more humane version of its management.

It was not anarchists alone who foresaw and reacted to the problems of top-down power. Within the broader socialist movement voices started to be raised that were critical of both Bolshevism and social democracy for their willingness to use autocratic or conventional state power as the main means for implementing socialist measures. These included Paul Lafarge (Marx’s son-in-law) and William Morris, who challenged the orthodoxies not only about the state but also about the nature of work and the purpose of economic growth.

The seminal figure to emerge as an advocate of a radical but libertarian socialism was, however, Rosa Luxemburg, who was a leader of the left wing of German social democracy. An adroit thinker and dedicated activist, she was quick to realize what would be the ultimate consequences of Bolshevism’s dogmatic interpretation and application of Marx’s ‘dictatorship of the proletariat’ in the Soviet Union. She engaged in political battle on all fronts. She was critical of the capitulations of the centre of German social democracy. She also regretted the autocratic Bolshevik short-cuts that undermined the fledgling power of the Russian working class, which had blossomed in the Soviets (workers’ councils) of 1917. But her hardest struggle, one in which she lost her life, was the workers’ revolt in 1919, which challenged the Junker class that had led Germany into the slaughter of World War One.

The classical anarchism that did battle with Marx and the state socialists may be disappearing. The old doctrines of anarcho-syndicalism and ‘propaganda by the deed’ seem somewhat archaic in this era of mass depoliticization and eco-collapse. In their own way, anarchists too have believed in the Enlightenment notion of Progress with a big P. Murray Bookchin’s notion of a post-scarcity anarchism, with its glorification of liberatory technology is but one example – which, in fairness, Bookchin himself came to question.3 Maybe the real victory of anarchism is not in the triumph of large (if decentralized) organizations, bravery on the barricades or exposing the machinations of the deep state. Perhaps it lies more in the diffusion of a libertarian resistance to authority throughout society, particularly in modern social movements.

A good example here is the rise of the feminist critique of male power and how it is exercised. Feminism has its anarchist roots, of course, in Emma Goldman, an early and persistent champion of women’s emancipation and critic of the sexual slavery she associated with patriarchy.4 The growing acceptance and assertion of women’s rights has eliminated or at least significantly challenged a large amount of arbitrary power over the lives of both women and men. But it has gone beyond the informal and personal to raise questions as to the legitimacy of how political power is exercised through the state. Feminism in its more radical manifestations has deepened the critique of instrumental power (generally wielded via the state by men) and posited a more local, self-affirming notion of power exercised through broad community participation.

Social movements such as feminism exist within a broader milieu of ‘civil society’, which include such non-state actors as non-governmental organizations that advocate for the broader public interest and often act as watchdogs on state power. Perhaps the presence of some of the militant and uncompromising offspring of classical anarchism can act as a check to challenge civil society when it drifts in too statist or ‘professional’ a direction.

This article, and the July/August issue main theme ‘Capitalism is spinning out of control’ is based on Richard Swift’s book SOS: Alternatives to Capitalism, which is available to buy through the New Internationalist webshop.