“We Come As Friends” Explores the Beautiful Nightmare of South Sudan

Aug. 22 2015 – As a filmmaker, Hubert Sauper does not take the road less traveled. That would be far too easy. He doesn’t, in fact, take roads much at all. First he spent two years on his French farm building his own ultralight plane out of tin and canvas and lawnmower wheels. Then, in 2010, he flew it from France to southern Sudan. And then things got interesting. 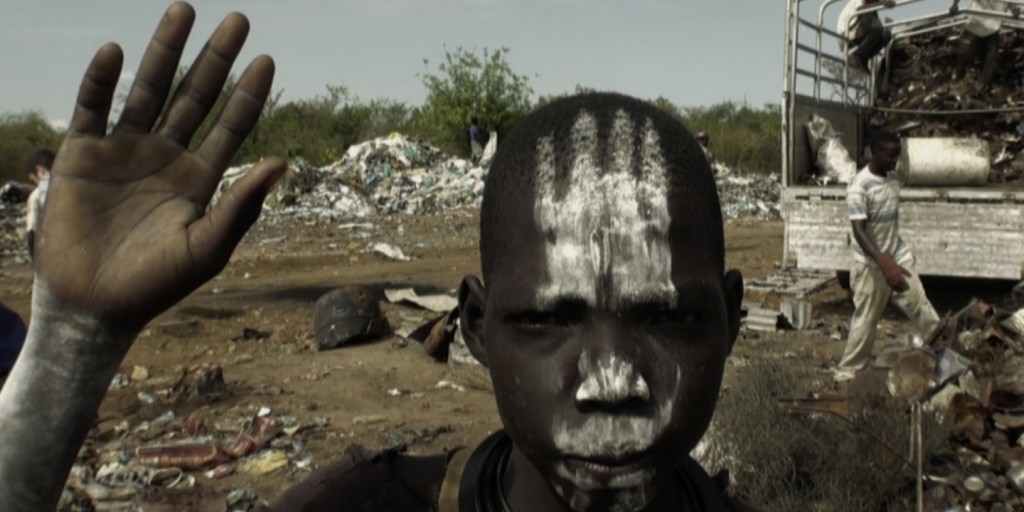 Adolescent boy from the Bari tribe, South Sudan, apparently imitating the tribal traditions of warriors putting ashes on their body. This ash is produced from burning trash. Photo: Courtesy of Hubert Sauper

The Austrian-born Sauper spent the next two years flitting around the country in his rickety, two-seat, single-engine prop plane, keeping his eyes open and his camera rolling. The result, We Come As Friends (which opened in New York on August 14 and will screen nationwide throughout the fall), is an improbable, cinematic magical mystery tour of a documentary: a portrait of a new nation being born out of the ashes of civil war amid a swarm of self-professed do-good American evangelicals, expat humanitarians, Chinese oil workers, and South Sudanese power brokers — most of whom seem to do anything but good. The film comes at an opportune time, as another in a long line of potential peace deals to end South Sudan’s 18-month-old civil war has evaporated. While it does so in exceptionally subtle fashion, We Come as Friends helps explain just how things got to this tragic point.

The acclaimed director of 2004’s Darwin’s Nightmare, a harrowing study of globalization and economic exploitation in Tanzania, Sauper works in verite style and doesn’t lean on talking heads, title cards, or scolding voiceovers about the ills of neocolonialism, racism, globalization, or capitalism. Instead he allows his subjects to do the heavy lifting. “There must be a reason they’re still 200 years behind the rest of the world,” says a British Iraq War veteran, in Sudan to defuse landmines for an aid group, of the people he has come to help. Nineteenth-century “dark continent” themes seem barely submerged as the U.S. ambassador announces, “Today we are, literally and figuratively, bringing light,” before flipping the switch at a ceremony celebrating a modest electrical power project. And then there are the American Christian missionaries. “They don’t understand property ownership the way you and I do,” says one. “You were here first, but now there’s a fence here, so…” was how another explained it to locals who complained when the Americans took away grazing land to build a house for themselves.

Some of Sauper’s directorial decisions skirt the outer limits of heavy-handedness. He pans his camera from the partying of United Nations staff on South Sudan’s independence day to a lonely South Sudanese cleaning up the grounds outside or juxtaposes combat footage shot by a soldier, replete with gunfire and corpses, with a scene of white folks relaxing at some posh resort. We’re never given much context about these episodes, but far from phony, the contrasts ring true; anyone who has spent much time in the country (especially the capital, Juba) has no doubt witnessed similar incongruities.

In Darwin’s Nightmare, which shows how an invasive species of fish upends not only the local economy but the entire society around Lake Victoria, Sauper demonstrated an uncanny ability to document the everyday horrors of the developing world with an artist’s visual sensibility. The result was disturbing and beautiful. We Come as Friends shares the same DNA.

Sauper understands the power of ambiguity and its ability to involve the viewer in his investigations, so there isn’t much context or explanation anywhere in We Come as Friends. But this film isn’t about easy narratives or perfectly packaged stories. It’s about big themes told in very small fashion — a collection of discrete, seemingly disconnected vignettes mixed with stunning, sometimes dizzying, aerial footage taken from his trusty tin can, the aptly named Sputnik. 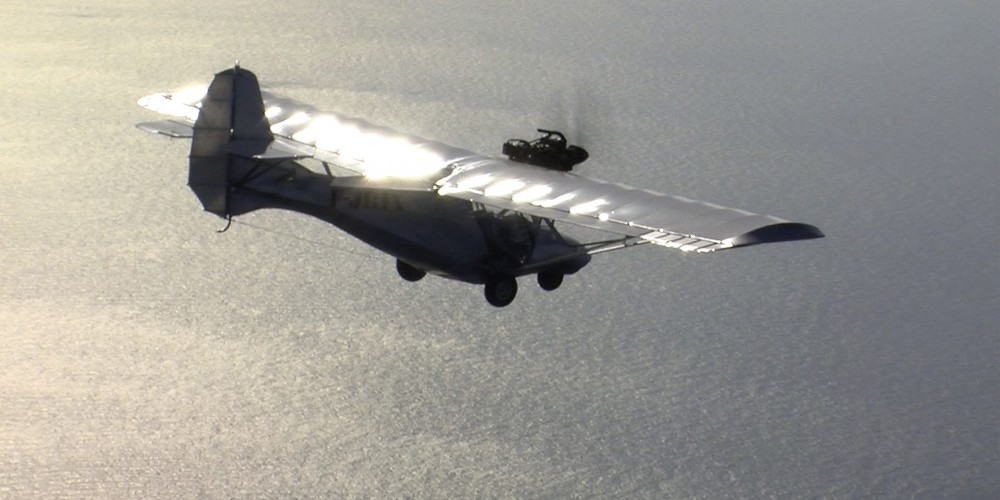 Sauper’s flying machine, “Sputnik,” over the Mediterranean Sea, on the way to South Sudan. Photo: Courtesy of Hubert Sauper

“The airplane was the key of this whole project,” Sauper said at a recent New York City screening of the film. “We are obviously Europeans … and we also repeat, despite ourselves, all these patterns. You know, like going to other places, discovering adventure. The notion of adventure is a very European, kind of colonial idea, right? Going to different worlds and the science fiction narrative is a post-colonial phenomenon; traveling through time and space and penetrating these other worlds, encountering these kinds of sometimes hostile, sometimes friendly other beings.”

Sauper wrapped up filming before December 2013 when South Sudan plunged into the current civil war. Today, it would be impossible to do what he did, though it was hardly less so then. For that alone, he deserves credit. For the documentary he made, Sauper deserves praise. Thoughtful and moving, We Come as Friends encourages the viewer to look closely and think deeply. “A lot of times … we, as filmmakers, were like ‘What the hell are we doing here?’” Sauper admitted at the Manhattan screening. “We’re just another set of white guys … and sometimes, you go, ‘Okay, we’re making a movie, but does it make sense at all?’” People interested in South Sudan or Africa or the human condition would be well-served by spending 110 minutes with We Come as Friends and answering that question for themselves.

Nick Turse is the author of Kill Anything That Moves: The Real American War in Vietnam and Tomorrow’s Battlefield: U.S. Proxy Wars and Secret Ops in Africa. He has reported from South Sudan, most recently earlier this year.