3 Sep 2015 – There is an unspoken, yet very clear, bond between Hollywood and the US government that overtly supports US foreign policy. The movie industry in Hollywood has been active in hiding US war crimes and sanitizing the US military campaigns in NATO-garrisoned Afghanistan, Anglo-American occupied Iraq, and elsewhere in the world. Moreover, the dominance of Hollywood as a tool of cultural imperialism in Europe and the rest of the world make Hollywood films an excellent tool for getting Washington’s ideas out internationally and sedating global audiences with misleading narratives.

Hollywood as a Tool of Cultural Imperialism and Perception Management

Movies are used to identify which individuals, groups, peoples, and nations are heroes, victims, aggressors, and villains. In this regard Hollywood vilifies countries like Iran, China, Russia, Cuba, and North Korea while it lionizes the United States. Hollywood also warps historical narratives and reifies revisionist narratives of history. In a far stretch from the historical facts and reality, this is why most US citizens and many Western Europeans believe that the outcome of the Second World War in Europe was decided in the Atlantic by the US and not in Eastern Europe and Central Asia by the Soviet Union.

We can infer that the younger generations or birth cohorts that did not experience the Second World War are having their perceptions shaped by modern mass media, specifically movies and the entertainment industry. This is why CNN’s Christiane Amanpour was able to boldly declared on June 6, 2014 at the Seventieth Anniversary of D-Day from the Chateau de Benouville in France that «the American effort — the supremely heroic effort of the United States — under General Eisenhower and President Roosevelt during World War II has been one that the whole continent [meaning, Europe] has thanked America for the last seventy years». While taking a swipe at Russia and undermining its role in the Second World War, CNN’s Amanpour also said that the French government has emphasized «that this is a day to thank the United States» and thank the US «most particularly for turning around the course of history». 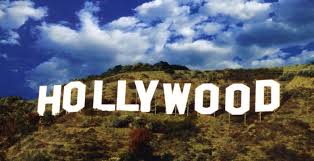 The Vertical Integration of Hollywood with the Military-Industrial Complex

The recognized establishment of ties between Hollywood and the US government began with the production of the silent war movie Wings in 1927. The silent movie was about the First World War and relied heavily on the United States Army Air Corps, which is the aerial wing of the US Army. Ever since the making of Wings in 1927 there has been a close partnership between the Pentagon and Hollywood that has expanded and blossomed to include other government bodies and agencies, including members of the sixteen-member US intelligence community, such as the Central Intelligence Agency (CIA). This has led to the vertical integration of Hollywood and the entertainment industry into the military-industrial complex, which has in essence reduced Hollywood movies to tools of cultural imperialism and camouflaged US propaganda.

The US government began to increasingly manipulate the contents of Hollywood movie script and to glamorize and lionize the US military and its campaigns. The Pentagon and US government will not assist movie or television productions that reveal the true malevolent role of US wars. Financial and material assistance is only given to productions that make wars and US foreign policy look like a heroic and noble solution. The author of the book Operation Hollywood, Dave Robb, does an excellent job of documenting this. For example, the Pentagon had the entire plot and script changed in the 1961 episode of Lassie named «Timmy and the Martians». The episode was originally supposed to be about the protagonist dog Lassie howling to alert Timmy of a plane crash. The producers originally wanted to do a show where a US airplane crashed because it had a design fault that Lassie could sense due to a high pitch noise and thus identify. The US military, however, would not accept any script that would even remotely suggest that US military hardware could have a design fault. This was because the US government and Pentagon did not want children to think that US military equipment could be faulty, because it would hurt future recruitment for the US military. So the circumstances of the airplane’s crash had to be rewritten for the show to get Pentagon support.

This relationship has in effect sanitized US wars and invasions while it has justified Washington’s foreign policy. It has led to the production of historically twisted movies. At one end of the spectrum in Hollywood this has led to Hollywood self-censorship whereas at the other end of the spectrum it has led to government subsidized propaganda. Hollywood script writers draft movie scripts that are self-censored because they know that they will be asking for assistance from the Pentagon and US government which can significant reduce a Hollywood production’s budget and save its producers a lot of money. Hollywood scripts are constantly modified in this regard and the Pentagon even has an entity in Los Angeles that deals with Hollywood directors and producers called the Film Liaison Unit. 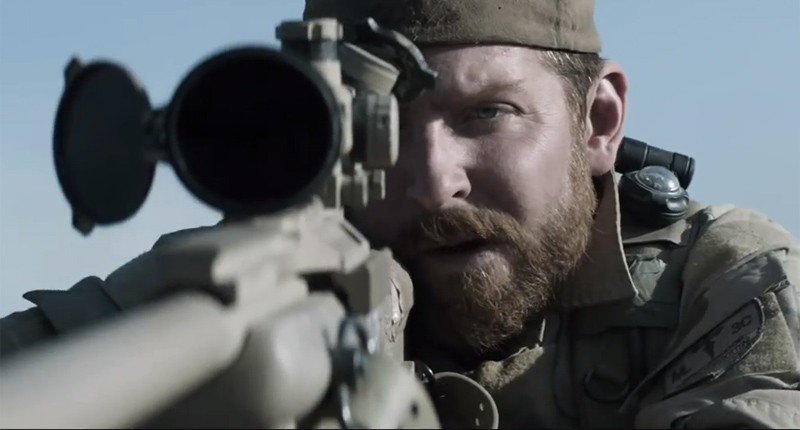 While the US uses films like Top Gun as promotional and recruitment material it used movies like the Green Berets to distort the role of US in wars and movies like Argo, which the CIA is reported to have fact checked, to distort the perception of history. Hollywood movies like Iron Man and Lone Survivor never explain the circumstances behind the US military presence in Afghanistan and Central Asia. They merely present the US presence there as an invited one and even the US contingents there as simply peacekeepers. Movies like Transformers, G.I. Joe, and Fantastic 4: Rise of the Silver Surfer portray the US as having a mandate to act with impunity anywhere in the world, including Russia and China, by disregarding the sovereignty of other nations and even placing US military bases on their soil.

The US military has no jurisdiction on Chinese soil nor does the Pentagon have a base in Russia’s territory. These Hollywood movies naturalize US interference in other countries and create the false impression that the US military has a right to do whatever it wants.

Aside from not addressing the darker side of US foreign policy, Hollywood movies like Forrest Gump carry subliminal messages. In the words of the US culture and entertainment magazine Rolling Stone: «The message of Forrest Gump was that if you think about the hard stuff too much, you’ll either get AIDS or lose your legs. Meanwhile, the hero is the idiot who just shrugs and says ‘Whatever!’ whenever his country asks him to do something crazy». What Rolling Stone is saying that listen to what you are commanded to do.

Then there are movies like American Sniper that collapse US foreign policy into the simplistic notion of individual characters. What this does is collapse the event and the soldiers into one, which means that if ones criticize a US war that you are attacking the soldiers and their convictions. This is hiding behind the soldiers and detracting from the real issue of an illegal invasion and occupation. Nor is there any mention of Abu Ghraib or the false weapons of mass destruction lies. Rolling Stone had this to say about American Sniper: «Sniper is a movie whose politics are so ludicrous and idiotic that under normal circumstances it would be beneath criticism. The only thing that forces us to take it seriously is the extraordinary fact that an almost exactly similar worldview consumed the walnut-sized mind of the president who got us into the war in question». «It’s the fact that the movie is popular, and actually makes sense to so many people, that’s the problem,» it also adds. In fact, as a result of the movie there was an increase in hate crimes in the US and negative feelings towards Arabs and Muslims.

Nor was Chris Kyle in real life a hero protecting the US way of life as the Hollywood movie depicts him; he was part of an occupational force that should never have been in Iraq and he was fighting what he called an «insurgency» that emerged to resist the occupation of Iraq. Kyle also claimed that he was ordered to kill thirty fellow Americans in New Orleans because they were looting. He was also a known liar who also admitted that he loved killing Iraqis in his book.

Hollywood helps sanitize US war crimes and create false images. It should also come as no surprise that Hollywood movies are part of intelligence operations either. When Ben Affleck, the director of the movie Argo and an admirer of the CIA that collaborated with them in the making of Argo, was asked by Catherine Shoard if Hollywood was filled with CIA agents, his response was to say «I think that Hollywood is probably full of CIA agents».

It is worth quoting  US Senator Tom Hayden about the CIA’s involvement in Hollywood: «Think about that: it’s not that Hollywood is in bed with the CIA in some repugnant way, but that the Agency is looking to plant positive images about itself (in other words, propaganda) through our most popular forms of entertainment. So natural has the CIA–entertainment connection become that few question its legal or moral ramifications. This is a government agency like no other; the truth of its operations is not subject to public examination. When the CIA’s hidden persuaders influence a Hollywood movie, it is using a popular medium to spin as favorable an image of itself as possible, or at least, prevent an unfavorable one from taking hold. If incestuous enough, Jenkins argues, these relationships violate the spirit or letter of government laws».

The importance of movies as a tool of US foreign policy and warfare cannot be ignored. As an illustration of their importance, movies have even been censored inside the United States to hide US war crimes and reality. The 1946 movie documentary Let There Be Light, which was about the lives of US soldiers that were traumatized from war and directed by John Huston, was banned for over thirty years from being watched in the US because of the awareness it would create among the US public.

Think Hollywood is neutral or that movie like Seth Rogen’s comedy The Interview, which promotes regime change in North Korea, is innocent? Think again. Hollywood is helping Washington wage a war of perception management and to hide US war crimes.