It’s Time for Israel to Disarm

A Nuke-Free Israel Will Create a More Stable Middle East 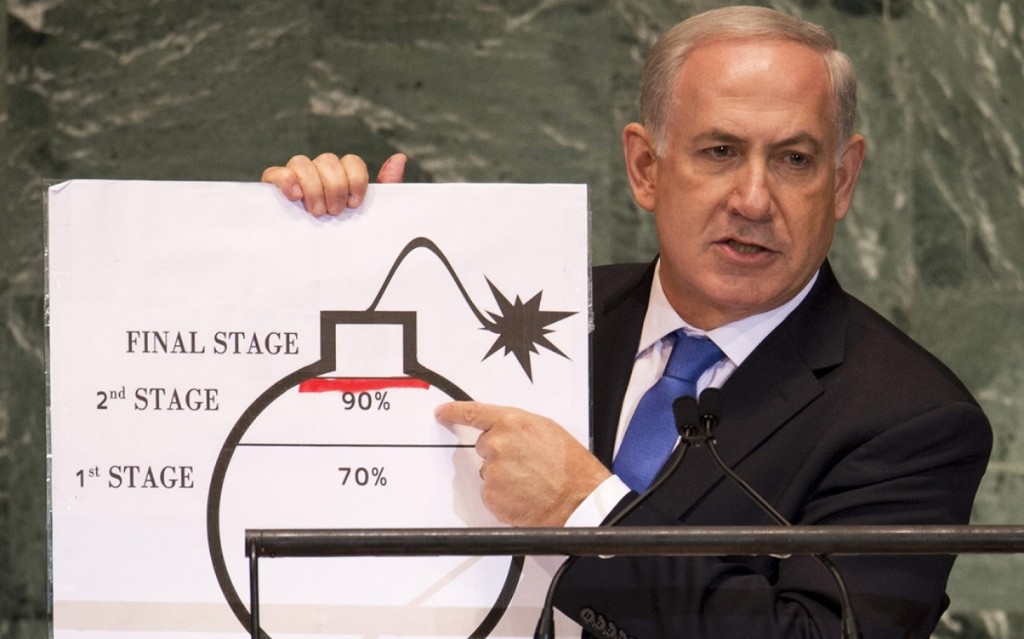 14 Sep 2015 – It’s September in New York: the start of a diplomatic marathon that will no doubt bring renewed attention to Israel’s nuclear weapons stockpile.

Since 1974, the United Nations General Assembly has passed a laudable Egyptian-sponsored resolution calling for the Middle East to become a nuclear weapons free zone each year. Starting five years later, the UN began repeatedly passing an Egyptian-authored resolution calling on Israel to join the Nuclear Non-Proliferation Treaty, under which it would disarm and place its nuclear materials under international inspection. But these resolutions are nonbinding, and the leading Arab state’s calls to focus on Israel’s arsenal of at least 80 nuclear warheads are usually ignored by Western powers.

That reality is unlikely to change this year. But it should.

The July signing of the Iran nuclear accord is certain to produce political clashes at the UN. Israeli Prime Minister Benjamin Netanyahu won’t be able to resist railing against the deal in front of the world. But the expected focus on the Iranian nuclear program makes the UN General Assembly, which opens its 70th session on Tuesday, the perfect opportunity to probe another nuclear program in the Middle East — one that has actually produced a weapon, unlike Iran’s.

The Iran accord, which curbs the country’s nuclear enrichment program in exchange for sanctions relief, was a victory for advocates of nuclear disarmament. It blocks the Islamic Republic’s ability to build a nuclear weapon, making the world, especially the Middle East, a safer place.

A probe of Israeli warheads, on the other hand, has been delayed by the United States for too long. But it’s an issue that needs to be taken up to avoid dangerous tensions, setbacks to nuclear disarmament and other states in the region pursuing their own nuclear and chemical weapons programs.

It is now Israel’s turn to renounce nuclear arms, as Iranian Foreign Minister Javad Zarif argued in a July column for The Guardian. Of course, Zarif wants to score points against a state that has long railed against virtually any move Iran makes, be it political or military. But his main point — that the Middle East would be safer without nuclear weapons — is sound.

At the very least, Israel — which neither denies nor acknowledges the existence its stockpile — should join the majority of the world in signing the Nuclear-Non Proliferation Treaty. That could be the first step towards reducing regional tensions over the issue and paving the path towards a Middle East free of atomic bombs.

So far, the United States has effectively prevented meaningful action to enable a nuclear weapons free zone. In fact, U.S. officials won’t even talk about the existence of Israel’s nukes. When journalist Helen Thomas asked President Barack Obama about Israel’s arsenal in 2009, he responded, “With respect to nuclear weapons, you know, I don’t want to speculate.” And at the May Nuclear Non-Proliferation Treaty Conference, the U.S. prevented the release of a statement calling for a UN-led conference on establishing a nuclear-free zone in the Middle East. The American policy of shielding Israel’s nuclear weapons continues to be the main obstacle to nuclear disarmament in the region.

The lack of U.S. attention to Israel’s weaponry, and the amount of attention devoted to Iran’s program is a glaring double standard — especially by a country whose leader called for a world without nuclear weapons in a 2009 speech in Prague.

The U.S. stance also ignores history. The historical record shows that Iraqi dictator Saddam Hussein wanted nuclear weapons as a deterrent to Israel’s nuclear program. Syria developed chemical weapons as a deterrent against Israel’s nuclear capabilities. Today, with Syria and Iraq in terminal internal chaos, there is no chemical or nuclear threat to Israel. But as the Arab revolts proved, change can occur rapidly in the Middle East. A future with Israeli nuclear weapons will continue to destabilize the region.

There is no sign that the U.S. is about to change its policy on Israel’s nuclear capabilities. But as Trita Parsi, President of the National Iranian American Council, said in an interview, “in the future, possibly, you’re going to have a scenario where other countries have to agree to the same things the Iranians agreed to” in their nuclear accord.

Placing Israel’s nuclear warheads under an international inspection regime, and moving towards disarmament, is a chance to make the Middle East, and the world, a more secure place. It should not be such a long shot.

Alex Kane is a New York–based freelance journalist and a former editor for Mondoweiss and AlterNet.