In a statement correcting earlier assertions that reports of the turnover were a “lie” and a militant propaganda ploy, the command said it was subsequently notified that the Syrian unit had “surrendered” some of its equipment — including six pickup trucks and a portion of its ammunition — to Jabhat al-Nusra, al-Qaeda’s arm in Syria. 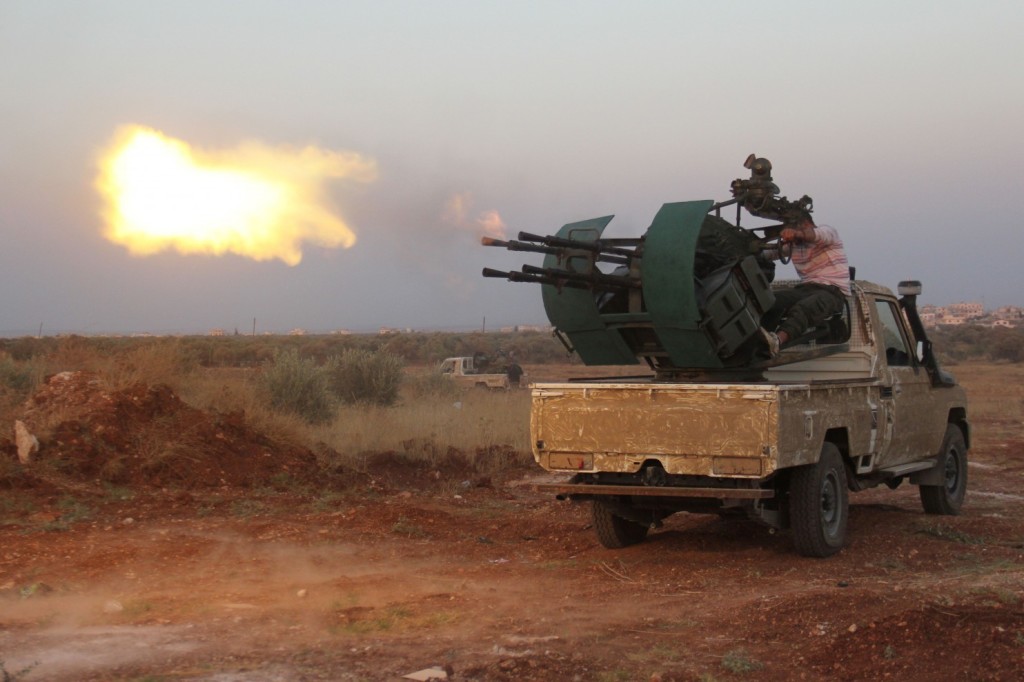 The acknowledgment is the latest discouraging report regarding the $500 million train-and-equip program, which Gen. Lloyd J. Austin III, head of Central Command, said last week had only “four or five” trained Syrian fighters active in Syria. Since then, the military has said approximately 70 fighters have been added.

The Centcom statement called the new information on the equipment, “if accurate . . . very concerning and a violation of the Syria train and equip program guidelines.”

It said the equipment had been turned over voluntarily, adding that the New Syrian Force had indicated that on Monday and Tuesday, it “gave” the equipment to a suspected Jabhat al-Nusra “intermediary.”

The statement said initial reports that the weapons had been turned over stemmed from a Jabhat al-Nusra tweet of an image of a U.S.-issued rifle that it claimed had been handed over by U.S.-trained Syrians who entered the country last week. “Central Command conducted an analysis of the image . . . and determined the claim to be false,” the statement said.

That determination, it said, was based on assurances from the Syrian force that all issued equipment was under its control and “because the tweeted image was an old picture repurposed from the Facebook page of a previously deployed fighter.”

But “in light of this new information,” said a Central Command spokesman, Col. Patrick Ryder, “we wanted to ensure the public was informed as quickly as possible about the facts as we know them at this time.”

“We are using all means at our disposal to look into what exactly happened and determine the appropriate response,” Ryder said.

A military official, speaking on the condition of anonymity, said the initial assurances regarding the weapons had come from the deputy commander of the unit. It was the unit leader who surrendered the equipment and who contacted the U.S. military with the correct information Friday, the official said.

In the toxic and chaotic Syrian mix, Jabhat al-Nusra and many Syrian rebels are fighting a separate war from the one being waged by the United States against the Islamic State. Their main goal is the overthrow of President Bashar al-Assad.

U.S. military vetters have had a hard time finding approved Syrians to train who are also willing to pledge to direct their focus toward the Islamic State rather than Assad.

The Pentagon’s admission of the arms turnover comes at an especially sensitive time for the White House. In light of the shortcomings of the train-and-equip program, President Obama’s top national security officials in recent days have turned their attention toward other irregular forces in Syria that have made gains against the Islamic State in the northern part of the country.

As part of a new initiative, White House and Pentagon officials have been considering providing arms and ammunition to a wider array of rebel groups and relaxing some vetting standards.

The recent disclosures, however, highlight the pitfalls of that strategy in Syria, where the United States has essentially no troops on the ground and little means of accounting for the weapons it provides.

The push to arm more forces in Syria has been driven partly by frustration with the stalemated fight in Iraq, where an Iraqi army assault on Ramadi has ground to a halt. It is also fueled by the unexpected gains made by U.S.-backed Kurdish forces in northern Syria.

Syrian forces, led by the Kurdish People’s Protection Units, were able with U.S. help to dislodge the Islamic State from Tal Abyad and other areas close to Syria’s border with Turkey this summer.

Greg Jaffe and Missy Ryan contributed to this report.