A Bank to Rule Them All: Exposing the Bank for International Settlements (Part I)

This is the first part of a series analyzing the historic role played by the BIS. Read Part II and Part III. 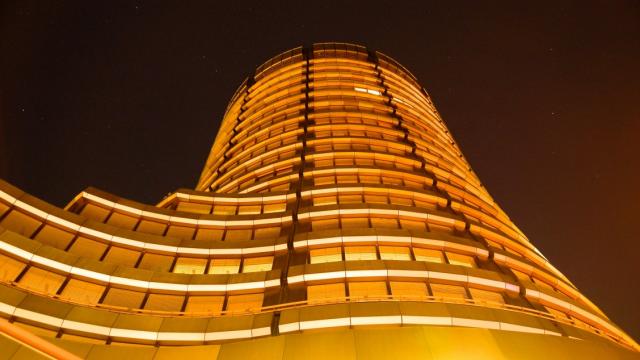 29 Sep 2015 – The Bank for International Settlements (BIS) is an organization shrouded inmystery. This may be due mainly to the fact that the majority of people don’t even know of its existence. According to the BIS itself, the main purpose of the Bank is “to promote the cooperation of central banks and to provide additional facilities for international financial operations,” and to “act as trustee or agent in regard to international financial settlements entrusted to it under agreements of the parties concern.”

What this means is that the BIS simply enables central banks to work with one another. While its purpose has changed and evolved over the decades, the BIS has always been a club for central bankers – and in many ways it has aided some countries more than others. The Bank has a Board of Directors that “may have up to 21 members, including six ex officio directors, comprising the central bank Governors of Belgium, France, Germany, Italy, the United Kingdom and the United States. Each ex officio member may appoint another member of the same nationality. Nine Governors of other member central banks may be elected to the Board.”

The BIS also has a management wing in the form of a General and Deputy General Manager, both of whom are responsible to the Board and supported by Executive, Finance, and Compliance and Operational Risk Committees. However, its purpose has changed and evolved over the decades, however, it has always been a club for central bankers, yet in many ways it can aid some countries more than others. 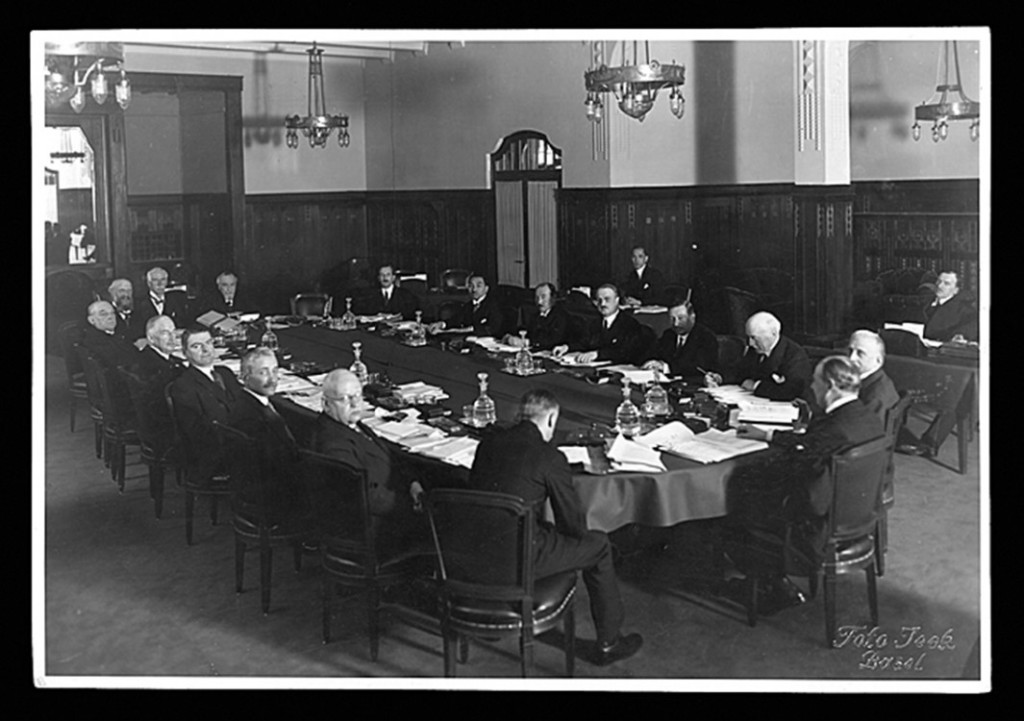 The origin of the BIS is in the United States, specifically New York City. The individuals involved were international bankers who, despite past differences, “worked together to establish a world financial order that would incorporate the federal principle of the American central banking system.” Among them were figures like Owen D. Young, J. Pierpont Morgan, Thomas W. Lamont, S. Parker Gilbert, Gates W. McGarrah, and Jackson Reynolds, “who, in conjunction with the Federal Reserve Bank of New York, sought to extend the principle of central bank cooperation to the international sphere.”

Before delving further into the creation of the Bank and purpose it has served, and for whom, it’s wise to examine some of the more notable of these individuals to better understand why they got involved in the creation of an international bank.

Owen D. Young was already well placed for the U.S. government; “with the cooperation of the American government and the support of GE, [he] organized and became chairman of the board of the Radio Corporation of America” and “in subsequent years he engineered a series of agreements with foreign companies that divided the world into radio zones and facilitated worldwide wireless communication.” Young had a strong belief that global radio service and broadcasting were important for the advancement of civilization. In 1922, he became chairman of General Electric, and along with GE President Gerard Swope, “urged closer business-government cooperation and corporate self-regulation under government supervision.”

During the 1920s, Young became involved in international diplomacy as the foreign affairs spokesman for the Democratic Party. At the behest of then-Secretary of State Charles Evan Hughes, Young and the banker Charles Dawes were recommended to the Allied Reparations Commission to deal with the breakdown in Germany’s reparations payments following World War I. The Commission resulted in the Dawes Plan, which allowed that “Germany’s annual reparation payments would be reduced, increasing over time as its economy improved; the full amount to be paid, however, was left undetermined. Economic policy making in Berlin would be reorganized under foreign supervision and a new currency, the Reichsmark, adopted.”

Young viewed improving the world financial structure as important to “the very survival of capitalism.” Furthermore, wrote Frank Costigliola in “The Other Side of Isolationism: The Establishment of the First World Bank, 1929-1930,” Young “sought rather the ‘economic integration’ of the world which would prepare the way for ‘political integration’ and lasting peace.”

John Pierpont Morgan, Jr. was already ensconced in the world of international banking, having inherited the JP Morgan Company from his father. During WWI, the House of Morgan worked hand-in-hand with the British and French governments, engaging in a number of tasks such as floating loans for the two countries, handling foreign exchange operations, and advising officials of each respective country.

Not only Young and Morgan, but each of the above mentioned individuals were heavily involved in politics and banking – and therefore had a personal interest in the creation of a global bank. The plan also fit into the U.S. government’s own policies, writes Costigliola, as Washington wanted to “[keep] aloof from the political entanglements in Europe while safeguarding vital American interests by means of unofficial observers or participants.” The Federal Reserve was also interested in the creation of the BIS, as it would “[promote] both the ascendancy of New York City in world banking and the reconstruction of a stable and prosperous Europe able to absorb American exports.”

Thus, the idea of an international bank didn’t occur in a vacuum but rather, according to Beth A. Simmons, author of the article “Why Innovate? Founding the Bank for International Settlements,” its creation “was inextricably tied to the problem of German reparations in the context of Germany’s overall debt burden during the 1920s.” A slowdown in international lending to Germany began in 1928 as markets became extremely worried about the internal politics of the Weimar Republic. Due to the breakup of a center coalition government, and with the Social Democrats needing support from right-wing parties, the political situation began to fall apart as “government stability [was] threatened whenever budget debates exposed the basic social divide of unemployment insurance and increased industrial taxation on the one hand versus spending austerity and tax cuts on the other.”

Weimar’s budget problems came on the heels of the Reparations Commission determining that Germany’s total reparations came to $33 billion, which was twice the size of the country’s total economy in 1925. As long as foreign capital kept coming into Germany, things might have remained fine; but that situation changed in 1928. Between February 1929 and January 1930, negotiations were carried out to reschedule Germany’s reparations payments. “These negotiations were initiated by central bankers and private actors,” writes Simmons, “who were the first to link problems in the capital market with the need to reorganize Germany’s financial obligations.” Thus, it should come as no surprise that many of the individuals involved in creating the BIS were central bankers themselves, or engaged in international affairs and finance to some extent. 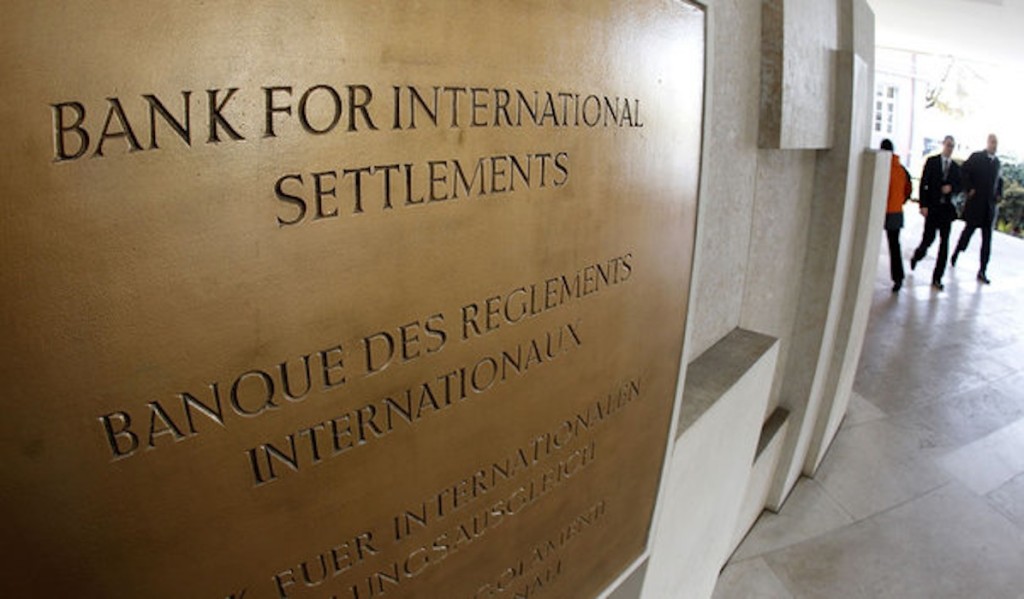 Devon Douglas-Bowers is a 23 year old independent writer and researcher and is the Politics/Government Department Chair of the Hampton Institute. He can be contacted at devondb[at]mail[dot]com.