A Bank to Rule Them All: Exposing the Bank for International Settlements (Part III)

This is the third and final part of a series analyzing the historic role played about the BIS. Read Part I and Part II. 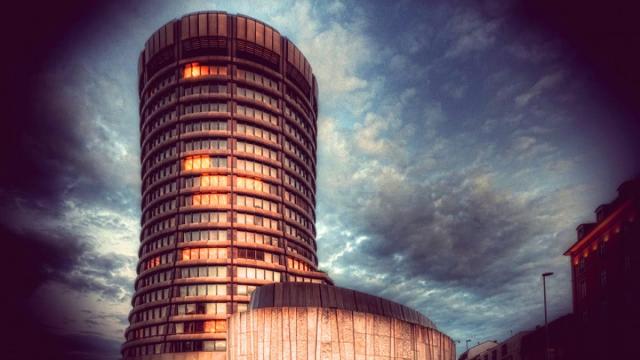 15 Oct 2015 – Real interest rates – the difference between yearly interest rates on savings, and inflation rates – were negative in the 1970s, meaning that borrowers lost a percentage of every dollar they loaned. While this allowed for an increase in credit, it quickly came to a halt in 1979 when the Federal Reserve tightened U.S. monetary policy, leading to an increase in debts that many Latin American countries were unable to pay off.

The Bank for International Settlements was worried about debt that would mature in less than a year; by early 1982, for example, such debt would amount to half of Mexico’s and Argentina’s debts. On Aug. 12, 1982, Mexico alerted the U.S. that the country’s financial reserves were exhausted. This prompted the BIS to work to get financial assistance to Mexico in the form of loans, even as the Mexican government negotiated with the IMF. Specifically, the BIS “offered a $925 million loan, backed by the G10 central banks and the Bank of Spain,” and both the U.S. Federal Reserve and Treasury “matched this with an equal amount, so that a total of $1.85 billion was made available for an initial period of three months,” according to Piet Clement and Ivo Maes in their article, “The BIS and the Latin American Debt Crisis of the 1980s.” Mexico eventually accepted the loan and made a promise to pay it back, “[consisting] of a gold pledge by the Bank of Mexico and advance claims on future revenues of the Mexican state oil company Pemex.” The first loan was paid out on Aug. 30, 1982.

However, those loans were tied to the Mexican government’s obligation to enact austerity measures. This had serious effects, as the cuts in public spending “set back many development programs, including poverty alleviation programs,” and the overall economic effects harmed “especially the lower and middle classes. For Mexican workers, real wages in 1986 were at virtually the same level they had been at in 1967; for many, a generation of economic progress had been wiped out by the ‘lost decade’ of the 1980s.”

In the late 1990s in Asia, a new crisis would emerge. There were extremely robust GDP rates in the Asian markets, ranging from “more than 5 percent in Thailand to 8 percent in Indonesia. This achievement continued a pattern existing since the early 1980s. Rapid growth was fueled by high rates.” However, the growth began to slow down in 1996, which “[reflected] slower growth of demand in the region’s principal export markets, a slowdown in the global electronics industry, and competition from Mainland China.” This slowdown led to an increase in deficit rates, especially in Thailand, whose deficits grew to eight percent of GDP. In an attempt to prevent fluctuations in the Thai currency, the baht, the government tied the value of the baht to a basket of foreign currencies, heavily leaning on the U.S. dollar. However, because the dollar was gaining strength, the strength of the baht also grew, making the export of goods more difficult.

Thailand, as well as Indonesia, the Philippines, and Malaysia devalued their currencies 25 to 33 percent in the middle of 1997 and when Taiwan began to devalue its currency, it led to a speculative currency attack on Hong Kong the in which people sold off their Hong Kong dollars, expecting them to fall in value. This caused the Hong Kong stock market to crash in October 1997 while at the same time the South Korean won was weakening in value. From there the crisis grew to global proportions and spread to a number of countries such as Russia and Jakarta.

Thailand as well as South Korea and Indonesia went so far as to request assistance from the IMF, which the IMF granted in exchange for brutal austerity measures. Much of this led to violence and even deaths in Indonesia and protests in South Korea. But what is most interesting about the crisis is how the leaders of some of the affected countries spoke about it.

Dr. Mahathir Bin Mohamad, the former Prime Minister of Malaysia, said in a speech on Sept. 26, 2008, that “in 1997-98 American hedge funds destroyed the economies of poor countries by manipulating their national currencies.” It should be noted, however, that this isn’t a “blame America” attitude; Dr. Mohamad is “recognized as an authority on the role of hedge funds in financial crises, given his experience managing the Asian currency crisis as it engulfed his nation.” The Reserve Bank of Australia “produced two reports in 1999 on the potentially destructive role of highly leveraged institutions such as hedge funds.” The reports claimed that “hedge funds contributed to the instability of its exchange rate in 1998, and it described how hedge funds can have a destabilizing impact on not only the currencies of emerging economies but also on currencies such as the Australian dollar which has the eighth largest global trading volume.”

In a paper written in early 1999 after the crisis ended, William R. White, then-economic adviser and head of the Monetary and Economic Department at the Bank for International Settlements, wrote that “many Asian-Pacific authorities (including representatives from Australia, Hong Kong and Malaysia) feel strongly that hedge funds set out systematically to destabilize their currencies and their financial markets. However, other evidence is less compelling in support of this hypothesis and, even if accepted, would not necessarily lead to the conclusion that such funds should be regulated.” White was thus not only denying the evidence that Dr. Mohamad produced, but also the Reserve Bank of Australia, effectively saying: even if the BIS did accept the information, so what?

Years later, ironically, White warned of the global crisis as he and his team paid growing attention to the U.S. real estate bubble, where they “criticized the increasingly impenetrable securitization business [and] vehemently pointed out the perils of risky loans and provided evidence of the lack of credibility of the rating agencies.” Back in 2003, White was already warning people, “[imploring] central bankers to rethink their strategies, noting that instability in the financial markets had triggered inflation, the ‘villain’ in the global economy.” When White retired from the BIS on June 30, 2008, his advice had gone ignored. This was due, wrote John Wallace, to the fact that the Federal Reserve was attempting to “artificially prop up those markets [of bad debt and worthless assets] and keep those assets trading at prices far in excess of their actual market value.” This led to them providing what U.S. presidential candidate Bernie Sanders then wrote was “$16 trillion to domestic and foreign banks in the form of secret loans and bought mortgage-backed securities that were in reality, completely and totally worthless.” Not only that, many people on the board of directors at the Federal Reserve also had connections to corporations that received bailout money.

Even after the worst of the financial crisis seemed to be over, the BIS was still sounding the alarm about debt. In June 2010, according to Brian Blackstone in his article, “International Finance: BIS Warns Countries About Risks of Debt,” the organization “delivered a stern message to central banks and governments that keeping interest rates low for too long, or failing to act quickly to cut budget deficits, could sow the seeds for the next crisis.” Earlier that year, the organization warned of a sovereign debt crisis and noted that “drastic austerity measures will be needed to head off a compound interest spiral, if it is not already too late for some.”

Now, it appears from the austerity measures that have been enacted in Europe and the U.S., their call has been heeded. The question is: how much devastation will result from the influence wielded by the BIS, and the decisions it made? Instead of just 1980s Mexico, many other parts of the world may well be talking about their own “lost generation.”

Devon Douglas-Bowers is a 23-year-old independent writer and researcher and is the Politics/Government Department Chair of the Hampton Institute. He can be contacted at devondb[at]mail[dot]com.