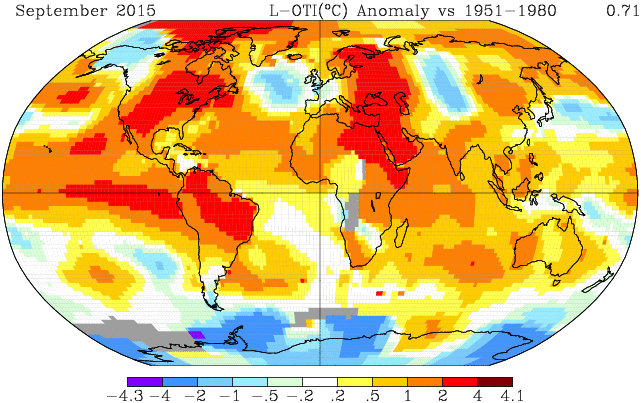 13 Oct 2015 – Once again, it’s the hottest year on record by far through last month, NASA reports. We’re running out of headlines for this repetitive monthly warm up, but with the recent death of the legendary Yogi Berra, one of his classic lines comes to mind, “It’s like deja-vu, all over again.”

Last month was second only to 2014 for hottest September in the NASA dataset.

With the long-term warming trend caused by human activity boosted by the short-term warming caused by the strongest El Niño since the big one of 1997-1998 — and with the current month, October, trending very warm — it’s now a better than 99 percent chance 2015 will be the hottest calendar year on record.

But the NASA data makes clear we’ve already blown past the “hottest 12 months” on record. Here’s the 12-month moving average since 1880 (via Greg Laden): 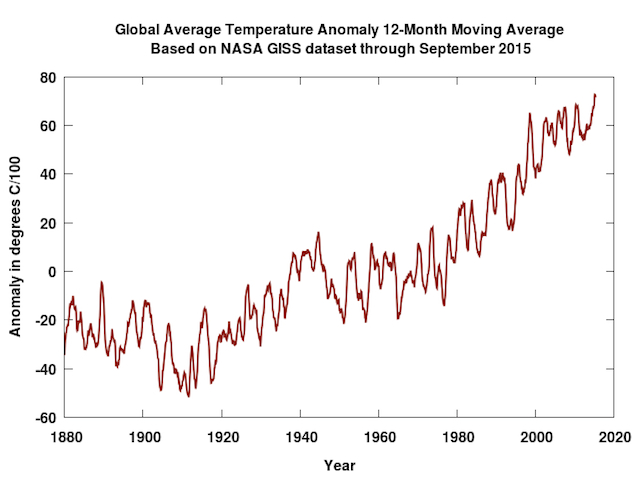 Once again, the NASA data highlights the fact there has been no actual slowdown in warming. Indeed the March study, “Near-term acceleration in the rate of temperature change” demonstrates the only “pause” has been in the long-expected speed-up of global warming. The rate of surface warming should have accelerated in the past decade, rather than stay constant.

For those wondering how calendar year 2015 (through September) stacks up against earlier years, climate expert Dr. John Abraham amended this NASA chart: 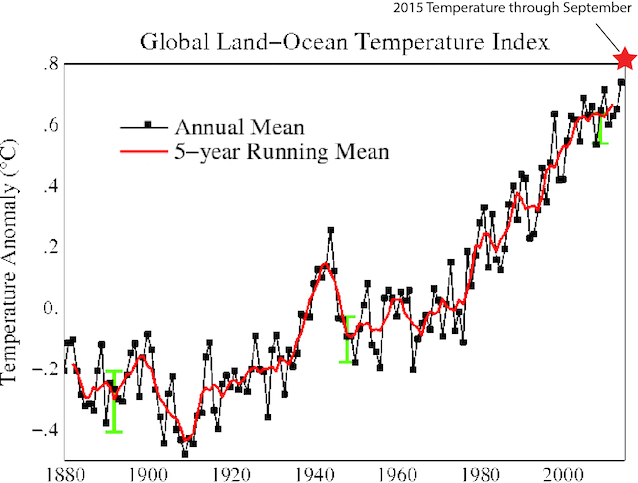 No doubt 2015 will continue warming because of rising temperatures in the east-central tropical Pacific associated with the current El Niño (see here). So 2016 could well top 2015.

And in fact, the United Kingdom’s Met Office points out that broader trends in the oceans “are consistent with a return of rapid warming in the near term.” The long-awaited speed-up in global temperatures is here.