Finally, Nepal Gets a Constitution

First promised over a half a century ago, Nepal’s new constitution is surprisingly progressive. But it’s led to tensions with neighboring India and with underrepresented ethnic groups. 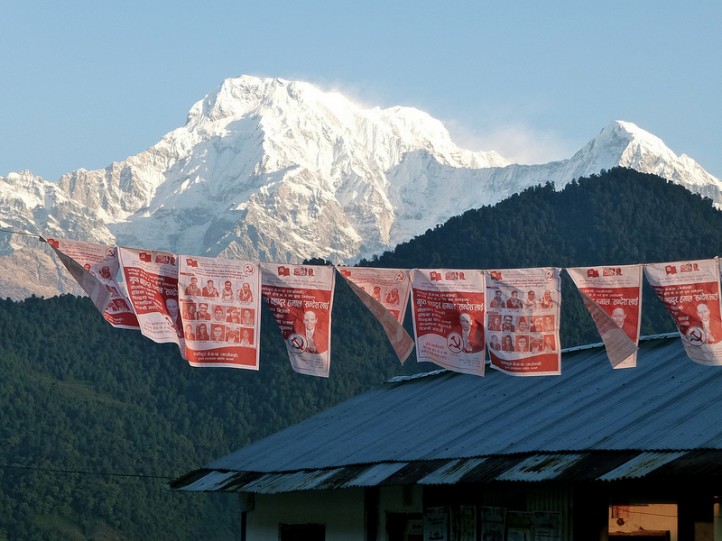 30 Sep 2015 – When Nepal entered the modern era in the 1950s, following the end of the century-old hereditary Rana regime, the country’s king offered the largely rural and illiterate population an idea that was novel even back then: a constitution backed by a body of elected representatives.

King Tribhuvan, who was until recently remembered as the father of the nation, died shortly after making the pledge. His son, King Mahendra, an ambitious and astute leader, soon usurped the power, ending Nepal’s brief experiment with democracy. His rule encouraged nation building at break neck speed, with the United States, fearful of Soviet influence amid the Cold War, becoming his trusted ally — so much so that the American aid proved a major contribution to the king’s consolidation of power. His autocratic regime lasted for 30 years until a pro-democracy protest forced his son, King Birendra, to cede power to political parties.

It took Nepal 65 years to realize the dream of adopting a democratic charter through constituent assembly. But the costs were huge. A Maoist insurgency that lasted from 1996 to 2006 claimed the lives of over 17,000 Nepalis. In 2001, a massacre of the royal family members (including Birendra) led to the weakening of the 240-year old Shah monarchy and its eventual abolition in 2008.

More recently, over 40 people, including 10 policemen, were killed in the southern regions bordering India in clashes between security forces and protesters opposing the draft of constitution.

Despite the protests and bloodshed, a resounding majority in parliament passed the post-war constitution on September 16. The charter proclaimed Nepal a secular, federal, and democratic republic. On September 20, Nepal’s first president, Ram Baran Yadav, who hails from the region wracked by violence, promulgated the constitution in a formal ceremony.

Inside the parliament building, the announcement was followed by applause. Outside in the streets, firecrackers exploded to mark the occasion. Most people in the capital Kathmandu heeded a government call to light candles and celebrate the moment.

Although people in the hills and some parts of plains rejoiced, the overall mood in the Terai — the southern foothills of the Himalayas that border India — appeared to be of mourning. For vast majority of Madhesis and Tharus, the ethnic minorities living in the plains, it marked a black day. Angry that the new constitution did not accord them the status of a federal state, they protested it by waving black banners. 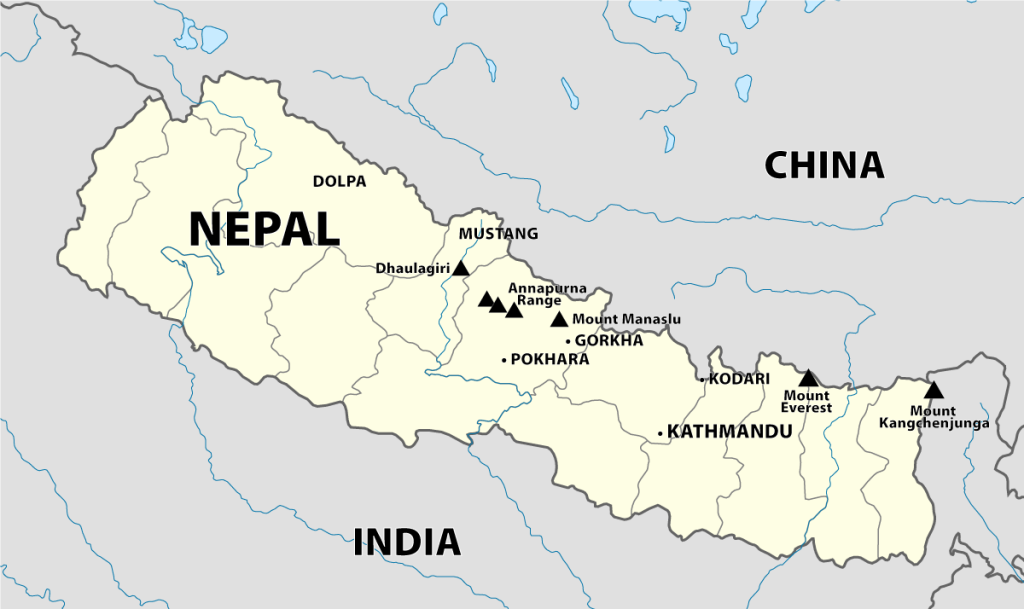 Across the country’s southern border, India, Nepal’s influential neighbor and a regional behemoth, expressed reservations instead of welcoming the development. In a statement that Nepali intellectuals have scrutinized and analyzed, India’s external affairs ministry said it has noted “the promulgation in Nepal of a Constitution.” This lukewarm response immediately raised hackles in Nepal, where many were miffed by the statement’s imperious tone. New Delhi also urged Nepali leaders to ensure “broad based ownership and acceptance.”

Before long, India — on whom landlocked Nepal heavily depends on for imports of essential goods such as food and fuel — imposed an unofficial blockade on the supplies. For almost a week, hundreds of cargo trucks bound for Nepal have been stuck near the check posts along the porous border, depriving Nepalis of basic necessities and further antagonizing a country increasingly wary of its giant neighbor’s overt interference.

Nepal’s northern neighbor China, however, sent a congratulatory note. “China attaches great importance to relations with Nepal, and stands ready to further deepen bilateral friendly cooperation and provide assistance for Nepal’s economic and social development to the best of her capacity,” Hong Lei, China’s Foreign Ministry spokesperson said in a statement on September 21. China competes with India to spread its influence in Nepal, which around 20,000 Tibetan refugees call home.

The United States called the constitution “an important milestone in Nepal’s democratic journey.” It urged the government to “accommodate the views of all Nepalis and ensure that the constitution embraces measures consistent with globally accepted norms and principles.” The statement also called on security forces to exercise restraint as people express their democratic rights.

Ever since Nepal began deliberations on the constitution in 2008, the demarcation of the federal states proved the most contentious issue. Federalism was proposed as a means to ensure rights for marginalized groups. But with ethnic minorities calling for autonomous federal states named after them — Nepal has more than 100 ethnic groups — the call generated fears of disintegration.

The first constituent assembly, elected in 2008 with the former rebel Maoists sweeping to power, dissolved due to disagreements over federalism. In the November 2013 elections for the second constituent assembly, people overwhelmingly voted for two establishment parties — the Nepali Congress and the Unified Marxist-Leninist list, both moderate forces — which currently rule the country.

Prompted by two devastating earthquakes that killed almost 9,000 people in Nepal earlier this year, the beleaguered politicos in early June agreed to carve out six provinces, ending the longstanding dispute. But their hastily drawn model drew protests in parts of the mid-western region that didn’t get their own state.

In a macabre scene reminiscent of the civil war that raged throughout the country between 1996 and 2006, enraged protesters of the Tharu community lynched several policemen. They were angry when Kathmandu rejected their demand for a federal state that would have included the southwestern districts where there is a significant Tharu population. Although many in Nepal agree that their demands were valid, the voices of the long-suffering Tharus were once again stifled.

The main challenge for the charter, political analyst Tilak Pathak says, is to bring the disgruntled groups on board. “This is the first constitution in Nepal where people, through their representatives, participated in the drafting. There are flaws, but it can be amended and made better,” Pathak said.

In a recent opinion piece in the best-selling Kantipur newspaper, editor-in-chief Sudheer Sharma reiterated his daily’s call to halt the voting process for a few days to accommodate the Madhesis and Tharus in the process. “It will be a historical strategic mistake of Kathmandu not to respond on the demands from people of the region whom the capital has ignored and alienated,” Sharma said. The Terai, a narrow alluvial flatland that stretches from east to west, is home to half of Nepal’s 28 million people.

Although the Tharus, Madhesis, and other minority groups couldn’t relate to the charters, the new constitution nevertheless ensures fundamental economic, social, and cultural rights for its citizens. It guarantees affirmative action for marginalized communities such as Dalits (so-called untouchables), women, and ethnic minorities. In a move hailed by rights activists, Nepal also became the third country after South Africa and Ecuador to enshrine equal rights for the LGBT community in its constitution.

This is the seventh constitution of Nepal, and its real test lies in its successful implementation of democratic practices. The delivery of a new charter ends the feeling of uncertainty in the population. But with the fragmentation of politics after the end of the Maoist insurgency, there’s still a long way to go.

Deepak Adhikari is a Kathmandu-based journalist and contributor to Foreign Policy In Focus. His stories have appeared in Time magazine, the Pittsburgh Post-Gazette, OpenDemocracy, and other outlets. You can read more of his work on his blog.