15 Oct 2015 – A lawsuit filed on Tuesday in federal court alleges that American psychologists James Mitchell and John “Bruce” Jessen collaborated with the CIA in devising “enhanced interrogation techniques” that were later used by US personnel in Guantanamo Bay, Bagram Air Base in Afghanistan, Abu Ghraib in Iraq and unlisted US black sites. The charges were filed by victims of the US torture program and the ACLU, and declare that the two doctors engaged in a “joint criminal enterprise” with the US government, constituting “torture, cruel, inhuman, and degrading treatment; non-consensual human experimentation; and war crimes, all of which violate well-established norms of customary international law.” 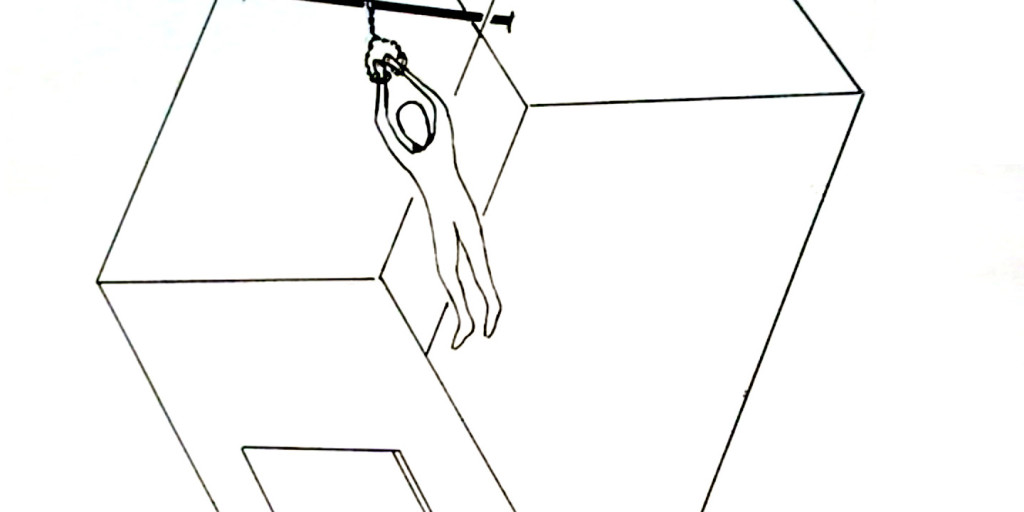 The lawsuit was filed by Suleiman Abdullah Salim and Mohamed Ahmed Ben Soud, Tanzanian and Libyan nationals who were subjected to CIA torture methods, as well as by Obaid Ullah, a representative of the family of Gul Rahman, who was killed while under interrogation in 2002. The lawsuit alleges that Mitchell and Jessen “designed, implemented, and personally administered an experimental torture program for the U.S. Central Intelligence Agency” while working with the agency.

Mitchell and Jessen were tapped by representatives of the Bush administration in the wake of the September 11, 2001 terrorist attacks to devise interrogation methods intended to break the willful resistance of Al Qaeda suspects in US custody. According to the lawsuit, the two CIA collaborators “proposed a pseudoscientific theory of countering resistance” based on 1960s experiments in which doctors subjected animals to “uncontrollable pain” in an effort to instill a state of “learned helplessness” in their victims, the latter eventually submitting passively to the will of their captors. These methods were first carried out on Abu Zabaydah, a suspected Al Qaeda militant captured in March of 2002.

Victims of the program were subjected to “solitary confinement; extreme darkness, cold, and noise; repeated beatings; starvation; excruciatingly painful stress positions; prolonged sleep deprivation; confinement in coffin-like boxes; and water torture” in CIA black sites under the supervision of Mitchell and Jessen, which resulted in “lasting psychological and physical damage,” the lawsuit alleges. The family of Rahman, the latter having died of such abuse, was never notified of his death or given his body so they could perform a burial, the lawsuit notes.

Although the CIA has officially admitted to having waterboarded only three individuals—Abdul al-Rahim al-Nashiri, Abu Zubaydah and Khalid Shaikh Mohammed—the charges detail torture methods and abuse which can essentially be described as the same thing. Ben Soud, held by the CIA in a number of US prison black sites in Afghanistan and Libya from 2003 to 2011, was repeatedly “strapped to a wooden board that could spin around 360 degrees… with a hood over his head covering his nose and mouth. While strapped to the board with his head lower than his feet, his interrogators poured buckets of cold water [over] him” while threatening to drown him.

“You can’t sleep, you can’t eat, you can’t smell,” says Salim of his ordeal, in a video interview published on the ACLU website, adding, “Flashbacks come anytime, so much they make you crazy.”

Jessen and Mitchell’s methods first became public knowledge with the exposure of photographs depicting torture at Abu Ghraib prison in Iraq in 2004, controlled by the US military in the wake of the invasion of that country in 2003. At the time, the scandal forced the US government to place a moratorium on the practices, only later continuing them when the American Psychological Association, in consultation with the Bush administration, stepped in to provide the program a veneer of legality so that it could continue unhindered.

During 2005, the two formed Mitchell and Jessen Associates, a company providing “operational psychologists, debriefers, and security personnel at CIA detention sites,” allowing them to draw $81 million from the federal government throughout the life of their contract. While President Barack Obama officially ended the program upon coming to office in 2008, the US government continued to pay millions of dollars in legal fees for Mitchell and Jessen until 2012.

Despite the severity of the charges brought forth, the lawsuit only demands payment for legal costs, punitive and exemplary damages of an amount “to be proven” and compensation payments totaling $75,000 each.

“This case is about ensuring that the people behind the torture program are held accountable so history doesn’t repeat itself,” said ACLU attorney Steven Watt of the lawsuit, adding, “Impunity for torture sends the dangerous message to US and foreign officials that there will be no consequences for future abuses.” Such language implies that acting and former members of the Bush and Obama administrations could be held liable for similar charges in the future.

The lawsuit is based largely on findings of the US Senate Select Intelligence Committee’s report on the CIA torture program, released in late 2014, and represents the first and thus far only lawsuit to be brought against collaborators in the US torture program based upon documented government evidence. While initially reacting with outrage to the highly redacted revelations of US criminality, the US political establishment has halted any public discussion of the highly explosive content of the Senate report. Less than a year after its release, no one, including members of the Senate committee itself, is seeking to revisit the subject.