Other ethnic groups from Myanmar are facing an increasingly difficult situation too. 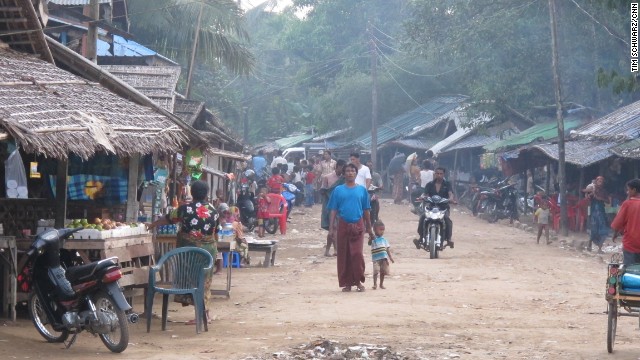 This summer’s boat abandonments made the world aware of the plight faced by the Rohingya. This was important and overdue recognition of a desperate situation. However, the Rohingya are not Myanmar’s only refugees. Other ethnic groups from Myanmar are facing an increasingly difficult situation, trapped in exile by a continuing fear of persecution but finding their supporters and sources of protection slipping away. What will the future hold for them, and what must be done to make return a real possibility?

During decades of militarization in Myanmar, millions of people left the country illegally in search of security and a better life elsewhere. The vast majority became undocumented migrant workers in Thailand, Malaysia and beyond. A much smaller population is registered as refugees with the UNHCR: around 130,000 people in camps in Thailand, around 150,000 in Malaysia and more than 10,000 in India.  To varying degrees, these people rely on international aid and assistance to support their lives in exile. Refugees in camps in Thailand are forbidden to leave the camp and are entirely dependent on external aid for food, shelter and other necessities of survival. In India and Malaysia, refugees are not confined to camps and can find (informal) employment to survive, but they continue to depend on the UNHCR and other organizations for protection and other assistance.

Currently, refugees in these countries find themselves in a perplexing situation. After decades in which the international community was united in condemning Myanmar, the political climate has shifted. Myanmar is no longer an international pariah but is seen as a country in transition, a country whose former rulers have freely divested themselves of power in favor of a path to democracy and equality. This perception has had important consequences for refugees outside the country who have become an inconvenient truth rendered invisible by the good news story of transition and transformation. One indication of this is the disappearance of funding for refugee programming. In Thailand, The Border Consortium is operating with a large funding shortfall and struggling to attract donor support. My own interviews with refugees in India and Malaysia have found a similar theme: “We used to receive funding from Australia/Norway/Prague but now it has stopped,” one said. “I used to be an interpreter with an NGO but now they have reduced their Burmese staff,” another noted.

Myanmar’s refugees also seem to be viewed with a more critical eye than previously. In Thailand, the government has made it plain that repatriation of refugees will be a priority if Myanmar’s elections in November are deemed to be successful. In Malaysia (another country with deepening economic interests with Myanmar) pressure is similarly building, with refugees repeatedly told by both national officials and international agency staff that Myanmar has transformed and they should return home. Across countries there appears to be a growing sense – bordering on suspicion – that many of Myanmar’s exiles are no longer “real” refugees but opportunists making demands on a system of international protection that they no longer require.

The fundamental question is: has Myanmar really changed?  Most, if not all, refugees would say no. They have little trust in Myanmar’s government, none at all in its military – and fail to see any meaningful separation between the two. Even the most optimistic Myanmar analysts recognize that pockets of the country remain deeply problematic: the worsening persecution of Rohingya and Myanmar Muslims, the ongoing conflict in Kachin and Shan states, the brutal assault on the Kokang. To recognize this and remain confident that refugees can return requires dividing Myanmar into its constituent parts to determine that a fear of persecution continues to exist in Rakhine State but not in Chin State; in Kachin State but not in Karenni State. Of course, it is certainly feasible that one region of a country is safe for refugee repatriation while another is not. Myanmar may seem like just such a country, given its division of territory by ethnic group.  However, it is also a country where a single regime has dominated the nation – and, more importantly, where a single sensibility has dominated governance.

For the past fifty years, under successive military juntas, Myanmar has followed a strategic project of Burmanization, i.e. the promotion of a single religion (Buddhism), language (Burmese) and culture (Burman). At its mildest, this is a policy of cultural assimilation. At its worst, it has verged on – and arguably pursued – ethnic cleansing. Ceasefires with ethnic armed groups have reduced military activity and human rights violations in several ethnic states. But the treatment of Rohingya shows the continued potency of Burmese nationalism, and highlights that Myanmar is no rainbow democracy but a country with deep-seated racism and discrimination that is entrenched in existing law and pursued through new laws.

Viewed in that light, it is much clearer to see why many refugees of the non-Burman ethnic nationalities continue to feel a risk of persecution on return. Depending on the outcome of November’s election, it is possible that more people will be willing to venture back home. The coming months therefore have the potential to be crucial in building confidence in Myanmar’s political future and in the future for returnees. Here, there is an important link with the peace process between the Myanmar government and the ethnic armed groups.

To date, the peace talks have been almost totally silent on the issue of displacement, though refugees and IDPs are overwhelmingly from the non-Burman ethnic groups and their future choices will certainly be shaped by the outcome of that process. It is an immensely complex peace process, both with respect to the number of participants (sixteen ethnic armed groups attempting to negotiate in unison through the NCCT) and the portfolio of issues to be addressed: constitutional reform; federalism; political structures and institutions of governance; control over natural resources; military reform; electoral reform and many more.

Addressing displacement has not yet been a priority but the peace process is vital for successful refugee return, both to convince refugees that the political environment has truly changed and to remove existing barriers to return. It must also be recognized that a successful return process has important implications for the peace process. If Myanmar is truly moving towards democracy, returning refugees can help embed that process and contribute to developing the country. But a poorly managed return process could lead to disputes over jobs, land and housing and ultimately create new problems of crime and political instability.

After some months of apparent deadlock, the peace negotiations have seen dramatic developments, with a split in the NCCT negotiation bloc and the signing of a ceasefire by eight ethnic armed groups, including the KNU. These signings are controversial – even within their own parties – and the failure of the “nationwide ceasefire” process to reach a truly nationwide agreement hints at some of the changes and challenges that lie ahead. Hopefully, possibilities for progress will be clearer after next month’s election.

At that stage, it will be essential to move beyond rhetoric. For peace-building to succeed, Myanmar’s ethnic nationalities need evidence of convincing, enduring change: a commitment to political autonomy in ethnic states, demilitarization of ethnic areas; investment in development and infrastructure; legal reforms to ensure an end to discrimination on grounds of ethnicity and religion. For return to succeed, Myanmar’s refugees need concrete guarantees: of security on return, of a restoration of identity documentation and citizenship status; of practical support to ensure future livelihoods. If these areas are addressed, it is likely that people will return gladly. Until these areas are addressed, many will remain trapped in a climate of dwindling protection.

Dr Kirsten McConnachie is Assistant Professor in law at the University of Warwick.  Formerly a research fellow at the University of Oxford, she is the author of “Governing Refugees” (Routledge 2014) an analysis of camp governance and the administration of justice in refugee camps on the Thai-Myanmar border.

This article is part of “Southeast Asia: Refugees in Crisis,” an ongoing series by The Diplomat for summer and fall 2015 featuring exclusive articles from scholars and practitioners tackling Southeast Asia’s ongoing refugee crisis. All articles in the series can be found here.