No Papal Bull: Francis Hails Peace and the Activists Who Fight for It

30 Sep 2015 – Pope Francis has left the building. His first trip to the United States created news at every turn.

On Thursday, Sept. 24, Pope Francis made his historic address to the joint session of Congress, the first time for a pope. When dealing with refugees, he said, “Let us remember the Golden Rule: ‘Do unto others as you would have them do unto you.’” To that assembly of lawmakers, a majority of whom support capital punishment, he called for global abolition of the death penalty. He also called for an end to the international arms trade, saying, “Why are deadly weapons being sold to those who plan to inflict untold suffering on individuals and society? Sadly, the answer, as we all know, is simply for money: money that is drenched in blood, often innocent blood.” Nevertheless, as he read his remarks aloud in a slow, careful English (his fifth language), he was frequently interrupted by rousing, bipartisan standing ovations.

Pope Francis framed his talk around four Americans: Abraham Lincoln, Martin Luther King Jr. and two lesser-known figures, two Catholics, Dorothy Day and Thomas Merton. “These men and women, for all their many differences and limitations, were able by hard work and self-sacrifice—some at the cost of their lives—to build a better future. They shaped fundamental values which will endure forever in the spirit of the American people.”

Lincoln and King need little introduction. Dorothy Day was a crusading 20th-century activist who is formally being considered for Catholic sainthood. 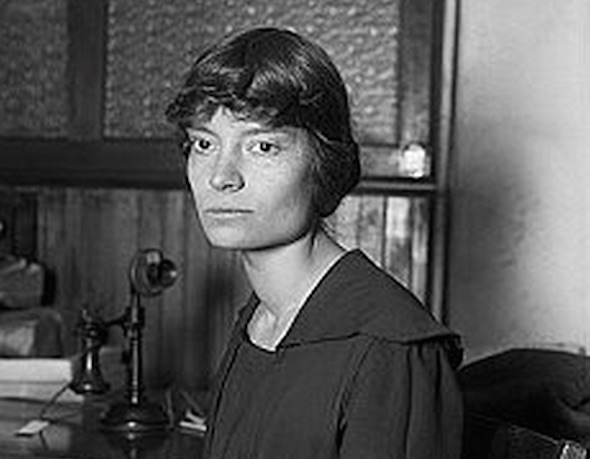 Activist Dorothy Day is pictured in this photo taken on December 31, 1915. (Wikimedia Commons)

“She was a radical in her youth, underwent a conversion, and then started a movement, the Catholic Worker, to combine her faith with her commitment to social justice, the poor and the pursuit of peace,” Robert Ellsberg told us on the “Democracy Now!” news hour. He is the editor and publisher of the selected writings by Dorothy Day, as well as her diaries and letters.

Dorothy Day was born in Brooklyn in 1897. By 1917, she was writing for radical newspapers in New York City, covering social movements like the IWW union (the Industrial Workers of the World, known as the “Wobblies”), the Russian revolution, communism and anarchists like Emma Goldman. Day was an active suffragette, and was arrested in November 1917 for picketing outside the White House, demanding the right to vote for women.

Throughout the 1920s, Day pursued her writing and activism, refusing to conform to the socially prescribed norms for women at the time. She had an abortion in the early 1920s, and, in 1925, had a daughter with a man to whom she was not married. She met a nun who inspired her to turn to Catholicism.

In 1933, in the depths of the Great Depression, Ellsberg explained, “she founded a movement called the Catholic Worker … which combined the works of mercy, living in community among the poor, in New York and other cities, feeding the hungry, clothing the naked, but combining that with a radical social criticism of our economic and social system, and also combining that with a strong commitment to the peace message of Jesus, for which she was repeatedly arrested during her life.”

Dorothy Day helped create Catholic Worker communities, now numbering more than 200 worldwide, offering hospitality, food and shelter to the poor and indigent. She launched a newspaper, The Catholic Worker, on May 1, 1933, which remains in publication to this day, selling still for one penny.

“Thomas Merton was the surprise for me,” Robert Ellsberg said. “Just 10 years ago, the American Catholic bishops decided to remove his name from a list of exemplary Catholics to be included in a catechism for young adults. Merton began engaging with the issues of the world, especially the Cold War, the arms race, nuclear weapons, racism, the Vietnam War. His own Trappist order censored him and wouldn’t allow him to publish on those topics for some years. … He said, ‘I want my whole life to be a protest against war and political tyranny. No to everything that destroys life. Yes to everything that affirms it.’”

Dorothy Day and Thomas Merton were both outspoken proponents of an engaged form of religion, taking their beliefs into action. Dorothy Day took her activism a step further, getting arrested scores of times, protesting against war. The Catholic Workers she taught and inspired continue her mission, engaging in civil disobedience at nuclear-missile sites and at military bases like Hanford and Creech, where drones are operated remotely. The movement to saint Day got a big push forward by Pope Francis last week. But as Dorothy Day said herself in 1980, the year she died: “Don’t call me a saint. I don’t want to be dismissed so easily.”