The Pantomime of Democracy: Portugal’s Coup against Anti-Austerity 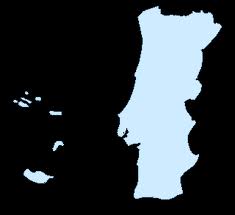 Meanwhile in Portugal we are witnessing the makings of a genuine coup with the unwillingness of the establishment there to accept the outcome of an election and the support won by parties who oppose EU austerity. — Gerry Adams, Sinn Féin, Oct 24, 2015

This is the truest form of Euro authoritarianism, short of full prisons and torture chambers. (These may, in time, come.) If you are not seized by the idea, the fetishism of a currency; if you gather up your forces to mount an offence against austerity, twinned as it with monetary union, then you must be, in the eyes of these policing forces, against the European project.

This obscene inversion has found form in Portugal, yet another country that has taken the road towards anti-democratic practice when it comes to the battle between the outcome of staged elections and the heralded inviolability of a broken euro system. It has the chill of history – political groupings with a certain number of votes barred because of supposedly radical tendencies. It has also received scant coverage in certain presses, with a few notable examples, such as Ambrose Evans-Pritchard’s observation that the country had “entered dangerous political waters.”[1]

First, the mathematics of the election held on October 4. The combined Left bloc won 50.7 percent of the vote (122 seats), while the conservative premier, Pedro Passos Coelho’s Right-wing coalition gained 38.5 percent – a loss of 28 seats. One would have to be a rather brave and foolish individual to let the latter form government.

This, in fact, is what Aníbal Cavaco Silva, the country’s constitutional Right-wing president, did. “In the 40 years of democracy, no government in Portugal has ever depended on the support of anti-European forces, that is to say forces that campaigned to abrogate the Lisbon Treaty, the Fiscal Compact, the Growth and Stability Pact, as well as to dismantle monetary union and take Portugal out of the euro, in wanting the dissolution of NATO.”

The statement hits upon a definition of the European project, if you can call it that, linked to bound, self-interested market structures and the virtues of military defence. Cavaco Silva evidently cannot conceive that a European project could involve a variation of the theme, let alone one averse to dogmas of austerity and the bank.

The Socialists, under António Costa, have promised Keynesian reflation policies with expenditures on education and health, a policy platform very much at odds with the EU’s Fiscal Compact.

So much, in that sense, for the legacy of the Carnation Revolution, which saw Portugal’s post-Salazar normalisation. It was that generally peaceful revolution that oversaw the demise of the Estado Novo, António de Oliveira Salazar’s corporatist vision that shares, in some perverse sense, similarities with the anti-democratic spirit of EU market governance. Bolting from those same stables, Cavaco Silva insists that the European left, and specifically the parties in Portugal, are somehow against Europe, parochial and therefore dangerous. The reverse, in fact, is the case.

The clue in Cavaco Silva’s erroneous thoughts on where a pan-European idea lies in his total faith in the market, corporate ideal. It is not the language of voters and public investment here that counts, but the ghostly forces of capital and private investment. The investors, the financiers, and the bankers must be kept in clover – or the entire country and by virtue of that, the EU, unravels.

“This is the worst moment for a radical change to the foundations of our democracy. After we carried out an onerous programme of financial assistance, entailing heavy sacrifices, it is my duty, within my constitutional powers, to do everything possible to prevent false signals being sent to financial institutions, investors and markets.”

In point of fact, the most radical tendency in history is the illusion that democracy and the market do, in fact, have a relationship that corresponds, rather than jars. In truth, democracy can only ever survive when markets are controlled. The European financiers have given the impression, manifested through the ideology of the Troika, that the estranged European Union is democratic only because it has such institutions as a single currency, or a tough austerity line.

The Greek crisis showed this entire process to be a grim sham, with Athens now a client state mortgaged to the hilt and contained by debt bondage. This happened after Syriza won power in January with a platform that seemed, at first, to be wholly against austerity. Sovereignty is short changed, while the finance sector counts its gains.

The entire context of such revolt in finance is permissiveness towards reactionary, nationalist elements. This is the paradox of having a supposedly flexible market that encourages the ease of liquidity in the absence of stable social structures. Historically, the forces of capital and finance permit a degree of nationalism and extremism as long as the money sector comes good. The liquidity tends to stay put.

The Portuguese example has become the most overt statement of this so far, though the Left grouping promise to block and scuttle the proposed four-year policy programme of the minority administration when the assembly resumes.

Till the two points meet – the pro-European left inspired by Keynesian-buttressed sovereignty, and the anti-democratic institutions that have held the European idea hostage – the notion of a workable euro zone will disintegrate. It will become, instead, a geographical area populated by authoritarian governments who see elections as mere pantomimes.