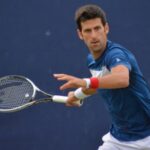 10 Jan 2022 – Tennis World Number One Novak Djokovic’s treatment by Australian authorities, and his subsequent detention as an unlawful arrival despite being granted a visa to participate in the Australian Open, had the hallmarks of oppression and incompetent vulgarity; another example of provincial opportunism and crass stupidity. 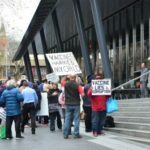 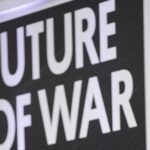 In his testimony before the Senate Armed Services Committee, National Security Commission on Artificial Intelligence chairman Eric Schmidt–technical advisor to Alphabet Inc., parent company of Google, which he was formerly CEO of: “Never before in my lifetime have I been more worried that we will soon be displaced by a rival or more aware of what second place means for our economy, our security, and the future of our nation.” 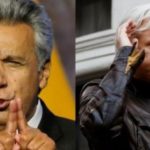 1 Jun 2019 – Another crude and sad chapter, yet more evidence of a system’s vengeance against its challengers. While some in the cynical, narcissistic press corps still find little to comment his case, the movement to highlight his fate, and the extra-territorial vengeance of the United States, grows. Often reviled and dismissed as ineffectual if not irrelevant, the United Nations has offered Assange some measure of protection through its articulations and findings.

Since the fall of 2016, up to 21 diplomats at the US embassy have been affected by what is now being considered an attack–previously deemed as “incidents” … “Ultrasonic waves, beyond the acoustic capacity of humans, can be broadcast with an amplifier, and the device does not need to be large, or used inside or outside the house.” Havana has expressed consternation at the moves by the Trump administration, but is still hopeful in cooperation.

The Four Corners program was informed by a significant Amnesty International report, aptly titled Island of Despair, which was released on Monday [17 Oct] night. That report examined the rather ghoulish extent the Australian government, with its Nauru satraps, has been going about the business of “processing” boat arrivals.

The Northern Territory, Torture, and Australia’s Detention Disease – It was an image that would not have been out of place in the sickly procession of pictures that came out of Abu Ghraib and Guantánamo Bay during the ill-fated and misnamed war on terror. Here was a young man, seated, strapped in and euphemistically “restrained,” verging on catatonic; on his head, a suffocating bag.

About the TTIP Leaks
Binoy Kampmark – Dissident Voice, 9 May 2016

6 May 2016 – The monstrous Siamese twin of the Trans-Pacific Partnership Agreement, known as the Transatlantic Trade and Investment Partnership (TTIP), has been in a growing puddle of dispute after 248 pages of its content were leaked. The document continues to flicker, and it will take more than Gallic opposition, Germanic scepticism, and general European stubbornness, to sink it.

Nauru has ceased being a country of any worth. It has assumed value as a (non)processing centre for asylum seekers and refugees Australia does not want. A camp designed for criminalising and for condemning, it has become the cruelest exemplar of treatment of refugees. News emerged from the Nauru detention centre of “suicide pacts”. “There was a group of teenage girls, there was a group of fathers, there was a group of mothers.”

The combined Left bloc won 50.7 percent of the vote (122 seats), while the conservative premier Right-wing coalition gained 38.5 percent – a loss of 28 seats. One would have to be a rather brave and foolish individual to let the latter form government. This, in fact, is what Aníbal Cavaco Silva, the country’s Right-wing president, did.

Keeping people poor in a world of seedy abandonment. Borrowing at phenomenal rates. Loan sharks running wild, dressed by the language of assistance and salvation.

The Intercept was already getting the intelligence community excited with its revelations that the NSA decided to mimic inspector Google. The revelations have a few implications, the most obvious one confirming the transition between intelligence work and the policing function.

As head of the Doctrine for the Congregation of the Faith, the then Cardinal Ratzinger ordered that Fr. Lawrence Murphy, who had sexually assaulted at least 200 children at St. John’s School for the Deaf in Milwaukee, leave the ministry. All to the good, except that Murphy was not defrocked let alone punished or prosecuted via formal legal channels. Besides, no one was particularly interested in listening to deaf victims.