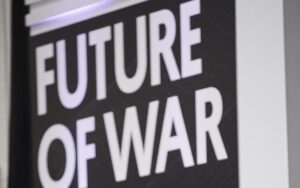 2 Mar 2021 – The ghost of Edward Teller must have been doing the rounds between members of the National Commission on Artificial Intelligence.  The father of the hydrogen bomb was never one too bothered by the ethical niggles that came with inventing murderous technology.  It was not, for instance, “the scientist’s job to determine whether a hydrogen bomb should be constructed, whether it should be used, or how it should be used.”  Responsibility, however exercised, rested with the American people and their elected officials.

The application of AI in military systems has plagued the ethicist but excited certain leaders and inventors.  Russian President Vladimir Putin has grandiloquently asserted that “it would be impossible to secure the future of our civilization” without a mastery of artificial intelligence, genetics, unmanned weapons systems and hypersonic weapons.

Campaigners against the use of autonomous weapons systems in war have been growing in number.  The UN Secretary-General António Guterres is one of them.  “Autonomous machines with the power and discretion to select targets and take lives without human involvement,” he wrote on Twitter in March 2019, “are politically unacceptable, morally repugnant and should be prohibited by international law.”  The International Committee for Robot Arms Control, the Campaign to Stop Killer Robots and Human Rights Watch are also dedicated to banning lethal autonomous weapons systems.  Weapons analysts such as Zachary Kallenborn see that absolute position as untenable, preferring a more modest ban on “the highest-risk weapons: drone swarms and autonomous chemical, biological, radiological, and nuclear weapons”.

The critics of such weapons systems were far away in the Commission’s draft report for Congress.  The document has more than a touch of the mad scientist in the bloody service of a master.  This stood to reason, given its chairman was Eric Schmidt, technical advisor to Alphabet Inc., parent company of Google, which he was formerly CEO of.  With Schmidt holding the reins, we would be guaranteed a show shorn of moral restraint.  “The AI promise – that a machine can perceive, decide, and act more quickly, in a more complex environment, with more accuracy than a human – represents a competitive advantage in any field.  It will be employed for military ends, by governments and non-state groups.”

In his testimony before the Senate Armed Services Committee on February 23, Schmidt was all about “fundamentals” in keeping the US ascendant.  This involved preserving national competitiveness and shaping the military with those fundamentals in mind.  But to do so required keeping the eyes of the security establishment wide open for any dangerous competitor.  (Schmidt understands Congress well enough to know that spikes in funding and outlays tend to be attached to the promotion of threats.)  He sees “the threat of Chinese leadership in key technology areas” as “a national crisis”.  In terms of AI, “only the United States and China” had the necessary “resources, commercial might, talent pool, and innovation ecosystem to lead the world”.  Within the next decade, Beijing could even “surpass the United States as the world’s AI superpower.”

The testimony is generously spiked with the China threat thesis.  “Never before in my lifetime,” he claimed, “have I been more worried that we will soon be displaced by a rival or more aware of what second place means for our economy, our security, and the future of our nation.”  He feared that such worries were not being shared by officials, with the DoD treating “software as a low priority”.  Here, he could give advice on lessons learned in the spawning enterprises of Silicon Valley, where the principled live short lives.  Those dedicated to defence could “form smart teams, drive hard deliverables, and move quickly.”  Missiles, he argued, should be built “the way we now build cars: use a design studio to develop and simulate in software.”

This all meant necessarily praising a less repressible form of AI to the heavens, notably in its military applications.  Two days of public discussion saw the panel’s vice chairman Robert Work extol the virtues of AI in battle.  “It is a moral imperative to at least pursue this hypothesis” claiming that “autonomous weapons will not be indiscriminate unless we design them that way.”  The devil is in the human, as it has always been.

In a manner reminiscent of the debates about sharing atomic technology in the aftermath of the Second World War, the Committee urges that the US “pursue a comprehensive strategy in close coordination with our allies and partners for artificial intelligence (AI) innovation and adoption that promotes values critical to free and open societies.”  A proposed Emerging Technology Coalition of likeminded powers and partners would focus on the role of “emerging technologies according to democratic norms and values” and “coordinate policies to counter the malign use of these technologies by authoritarian regimes”.  Fast forgotten is the fact that distinctions such as authoritarianism and democracy have little meaning at the end of a weapon.

Overall, the US government comes in for a battering, reproached for operating “at human speed not machine speed.”  It was lagging relative to commercial development of AI.  It suffered from “technical deficits that range from digital workforce shortages to inadequate acquisition policies, insufficient network architecture, and weak data practices.”

The official Pentagon policy, as it stands, is that autonomous and semi-autonomous weapons systems should be “designed to allow commanders and operators to exercise appropriate levels of human judgment over the use of force.”  In October 2019, the Department of Defence adopted various ethical principles regarding the military use of AI, making the DoD Artificial Intelligence Centre the focal point.  These include the provision that, “DoD personnel will exercise appropriate levels of judgment and care, while remaining responsible for the development, deployment, and use of AI capabilities.”  The “traceable” principle is also shot through with the principle of human control, with personnel needing to “possess an appropriate understanding of the technology, development processes, and operational methods applicable to AI capabilities”.

The National Commission pays lip service to such protocols, acknowledging that operators, organisations and “the American people” would not support AI machines not “designed with predictability” and “clear principles” in mind.  But the note of warning in not being too morally shackled becomes a screech.  Risk was “inescapable” and not using AI “to solve real national security challenges risks putting the United States at a disadvantage”.  Especially when it comes to China.