Findings of Torture: The UN Rapporteur and Julian Assange

1 Jun 2019 – Another crude and sad chapter, yet more evidence of a system’s vengeance against its challengers.  Julian Assange, like the dying Roman emperor Vespasian, may be transforming into a god of sorts, but the suffering of his mortal physical is finding its mark.  While some in the cynical, narcissistic press corps still find little to comment his case, the movement to highlight his fate, and the extra-territorial vengeance of the United States, grows. 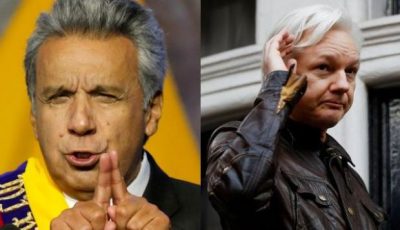 Often reviled and dismissed as ineffectual if not irrelevant, the United Nations has offered Assange some measure of protection through its articulations and findings.  Ironically enough, powers happy to regard the UN as a mere bauble of international relations in not protecting human rights have dismissed it when action does take place.

The UN Working Group on Arbitrary Detention, for instance, found in 2016 that the publisher’s conditions of confinement in the Ecuadorean embassy amounted to arbitrary detention.

“The Working Group considered that Mr Assange has been subjected to different forms of deprivation of liberty: initial detention in Wandsworth prison which was followed by house arrest and his confinement at the Ecuadorean embassy.”

The Working Group took the long view: to suggest that he had a choice in leaving the embassy at any point was farfetched and myopic.  Specific reference to the shoddy Swedish prosecution effort against Assange (“lack of diligence… in its investigations”) was also made, as it compounded the element of arbitrariness.  Any request to question him in Sweden could hardly be seen as “benign”.  How right they were.

Notwithstanding that, a resounding sneer from the British authorities, a bevy of black letter lawyers, and newspapers followed.  “He is not being detained arbitrarily,” The Guardian editorialised with its usual fair-friend weathered disposition.  The Working Group’s finding, according to international law authority Philippe Sands, was “poorly reasoned and unpersuasive”. Assange best give up the ghost and face the music.

This week, Professor Nils Melzer, the UN Special Rapporteur on torture, came to a conclusion as unsurprising as it was necessary.  After visiting Assange at the maximum security facility at Belmarsh on May 9, the UN official found that the publisher had been subjected to cruel, inhuman or degrading treatment or punishment.  This was all part of him becoming the cause célèbre of “a relentless campaign of public mobbing, intimidation and defamation […] not only in the United States, but also in the United Kingdom, Sweden and, more recently, Ecuador.”  These governments had, be it through “an attitude of complacency at best, and of complicity at worst […] created an atmosphere of impunity encouraging Mr Assange’s uninhibited vilification and abuse.”

The fresh list of charges from US prosecutors – 17 additions to spice those centred on computer intrusion and conspiracy – alarmed Melzer.

“My most urgent concern is that, in the United States, Mr Assange would be exposed to a real risk of serious violations of his human rights, including his freedom of expression, his right to a fair trial and the prohibition of torture and other cruel, inhuman or degrading treatment or punishment.”

The cumulative and crushing effect of the charges – potentially 175 years imprisonment – astonished Melzer.

“This may well result in a life sentence without parole, or possibly even the death penalty, if further charges are added in the future.”

To this can be added a nine-year period of systematic judicial abuse, arbitrary confinement, oppressive isolation, harassment, embassy surveillance by Ecuador and the “deliberative collective ridicule, insults and humiliation, to open instigation of violence and even repeated calls for his assassination.”

While the conditions in Belmarsh do not currently make the grade of solitary confinement, they have been severe and inhospitable enough to cause concern.  Visits by Assange’s legal team are limited and sporadic; access to necessary case files and documents has been curbed, impairing chances of adequately preparing his legal defence.

Melzer also has a dig against the broader effort to attack journalism, with Assange as figurehead.

“Since 2010, when WikiLeaks started publishing evidence of war crimes and torture committed by US forces, we have seen a sustained and concerted effort by several States towards getting Mr Assange extradited to the United States by prosecution, raising serious concern over the criminalisation of investigative journalism in violation of both the US constitution and international human rights law.”

Medical experts who accompanied Melzer on his visit also expressed opinions on Assange’s health, finding that his health had been “seriously affected by the extremely hostile and arbitrary environment he has been exposed to for many years.”  Physical ailments were found alongside the “symptoms typical for prolonged exposure to psychological torture, including extreme stress, chronic anxiety and intense psychological trauma.”

UK Foreign Secretary Jeremy Hunt, taking a dog-eared leaf out of the book of excuses used against the Working Group, dismissed Melzer’s findings.  Assange always had an unimpaired, free choice (that word again).

“Assange chose to hide in the embassy and was always free to leave and face justice. The UN Special Rapporteur should allow British courts to make their judgments without his interference or inflammatory accusations.”

The BBC also noted the views of a justice ministry spokesperson, keen to disabuse sceptics that the British justice system might be suffering from judicial wear and tear.  The UK did not, it was asserted, participate in torture; its judges were independent and rights to appeal could be exercised.

The response to Hunt from the good professor was sharp: Assange “was about as ‘free to leave’ as a [sic] someone sitting on a rubberboat in a sharkpool.”  In his view, “UK courts have not shown the impartiality and objectivity required by the rule of law.”

Melzer’s words suffice as a damningly grim biography on the treatment levelled at Assange and the broader enterprise of publishing.  For two decades, having worked with “victims of war, violence and political persecution,” the rapporteur had “never seen a group of democratic States gang up to deliberately isolate, demonise and abuse a single individual for such a long time and with so little regard for human dignity and the rule of law.”

One Response to “Findings of Torture: The UN Rapporteur and Julian Assange”