Melbourne: The Longest in Lockdown

21 Oct 2021 – As a city, Melbourne previously prided itself with the air of a prim and proper heiress, one without peer in Australia: a gastronomic wonder, a sporting goddess, and a place of orderly public transport.  The Economist Intelligence Unit glowed with praise, designating the city the world’s “most liveable” for seven years running.  There were few law and order issues; nothing to speak of in terms of war, famine, crisis and the sorts of things that disturb the money minded business traveller.  Even after Vienna got on its high horse and knocked Melbourne off its pedestal, Melbournians were undisturbed.  The city still had the dining and eating, the sports, the “world class infrastructure”. 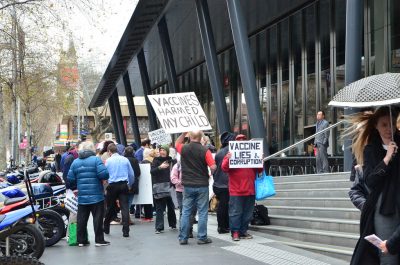 Then came the global COVID-19 pandemic.  Like the nuclear fallout anticipated in Nevil Shute’s On the Beach, the menace had to eventually head down under and do its bit of gathering.  But there was fierce resistance in the country.  The lockdown formula became the policy de jour and there was no greater example of this than Melbourne.

In 2021, the Herald Sun would look with envy across the pond to note that Auckland in New Zealand has taken the honours of the EIU’s essentially irrelevant assessment.  Melbourne had suffered a slump, slumming in eighth spot.  The EIU sternly noted that, “The pandemic has caused huge volatility in our biannual liveability index, which ranks 140 cities across five areas: stability, health care, education, culture, and environment, and infrastructure.”  But Melbourne’s Lord Mayor Sally Capp, despite noting the “devastating impact” of lockdowns on the city, could still brightly note that “we remain one of the 10 most liveable cities in the world”.

The lockdowns – six in total – came with overly vigilant threatened and threatening police, punitive powers of hefty magnitude, mask mandates, curfews, limits on recreation time and demarcated areas of travel.  It came with government attempts to vest what should have been purely health powers in agents who had no such credentials.  Experiments were tried and abandoned: buildings were first hived off; then suburbs.  Then, a ring of steel was introduced.

Protests, angry and bitter, were organised, featuring an assortment of self-proclaimed freedom fighters, vaccine sceptics and conspiracy devotees.  The city’s tempers were disturbed but the government of Daniel Andrews was held up as an example to all Australia: If you go hard, and go early, you will be able to run the virus into the ground.  For a time, this could even be said to be the case, so much so that it convinced the previously sceptical Australian Prime Minister Scott Morrison.

Then came the Delta variant, with virological legs of such vitality as to outrun any razor-sharp expert of public health.  Contact tracers were bamboozled by its speed, with lines of transmission fuzzy before the spread.  The shift towards vaccination took precedence over the strategy of elimination.

So, with grim perverseness, Melbourne will be opening at midnight on a day where the state has registered the second highest number of cases since the latest outbreak began: 2,232.  Mandatory vaccinations, falsely advertised as matters of choice, will mark the hospitality industry as pubs, bars and restaurants open.  Patrons will be scrutinised regarding their vaccine credentials.  Magic numbers will be discussed like acts of sorcery – the double-dosed vaccinate rate of 70% for those above 16 being one of most interest.

A stampede is anticipated in ending a period that has made Melbourne endure the greatest number of days in lockdown: a cumulative total of 262 days since March 2020.  This convincingly surpasses the record set by Buenos Aires of 234 days.  “The longest road has been journeyed in Victoria and that long road really starts to open up tonight,” Morrison declared.  Andrews, in reflecting upon a rather different sort of record from that of a city’s liveability, called the achievement “impressive.  It makes you very, very proud.”

This reopening does little to take away from the sense of utter loss. There have been cases of madness, cases of violence, cases of suicide.  Minds and lives have been lost, the spiritual world of the city rented and turned to a ghostly murmur of Banquo proportion.  Gastronomic meccas such as Lygon Street have been strafed of the living, with lockdowns applied like a large, bristling brush, capturing all in its wake.

There could be no shame in not surviving and enduring such suffering.  That other city of long, crippling lockdowns, Buenos Aires, saw such institutions as La Flor de Barracas pass into history, a century old bar that had survived Peronism, military juntas, inflation and sovereign debt default.  It took the novel coronavirus to vanquish it.

Walking down Clarendon Street in South Melbourne, the buildings resemble a row of neglected tombstones and bits and pieces of spiritual martyrdom.  There are some establishments, as if occupying fox holes of defiance, keen to keep making food, paying rent and fighting the nightmare.  The Chevapi Grill, with a hearty Serb following, remains obstinately faithful to its customers.  Several Vietnamese establishments, eagerly visited by trades people, continue in culinary defiance, their interiors spartan, quiet but resolute.

The homeless perch with opportunistic hope, anticipating some money and food.  Some occupy seats outside the Clarendon Centre with crow-like determination, exchanging morsels of gossip and reflecting about the coronavirus restrictions.

There are notes of tearful apology from restaurateurs who fought hard and long but could not survive the sixth lockdown.  There were promises that, somewhere in future, we would meet again over a coffee in some prosperous land that was not here.  We might – but till then, the experiment of life, the vision of public health policy before disease, continues.

Dr. Binoy Kampmark was a Commonwealth Scholar at Selwyn College, Cambridge.  He lectures at RMIT University, Melbourne. He is a frequent contributor to Global Research and Asia-Pacific Research. Email: bkampmark@gmail.com