Over 25,000 Olympic swimming pools worth of mud – full of dangerous metals like manganese and mercury – quickly overtook the nearby mining community of Mariana in Minas Gerais state. At least seventeen people were killed. Hundreds more have been displaced by the wall of sludge released in the dam collapse. 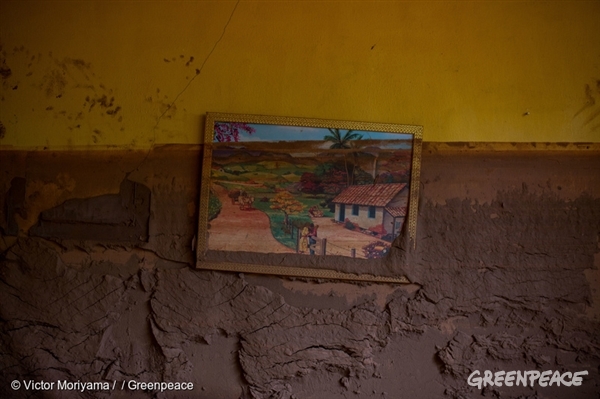 The mud surged through rural communities and into the Rio Doce, the major river in southeast Brazil. Since November 5th, it has been slowly working its way downstream — contaminating the drinking water of hundreds of thousands of people and turning protected forest and habitat into a desert of mud. The tragedy will continue to spread over 500 kilometers as contaminants from the sludge make their way towards the Atlantic coast, eventually endangering the Abrolhos National Marine Park. 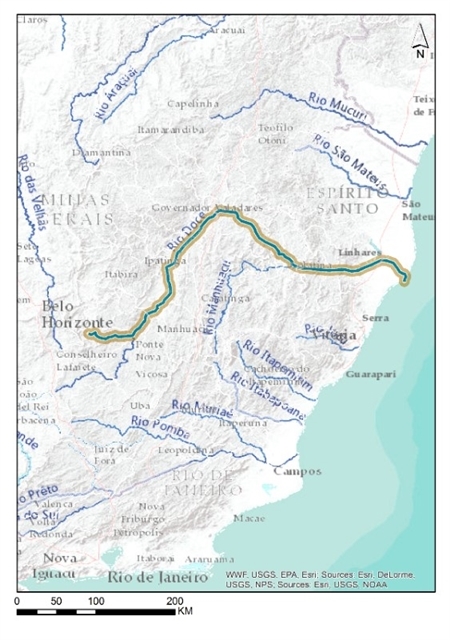 Since the disaster, Greenpeace Brazil has been working alongside local organisations to monitor the damage and demand a complete and independent investigation over the disaster’s cause, as well the immediate financial compensation to the victims so they can try to put their lives back together.

The mining company in charge of the dam, Samarco (controlled by Vale and Anglo-Australian BHP Billiton), has acted irresponsibly in the face of this tragedy. There was no contingency plan for a situation like this, and at-risk communities were never prepared for a disaster of this magnitude. So far these companies have been fined one billion Brazilian reais (US$261 million), but this doesn’t begin to cover the costs of the disaster.

Meanwhile, authorities in Minas Gerais state continue to cater to corporate interests over the public good. The operational license for the dam that collapsed was not recommended because of risk of destabilisation. Yet this year the government of Minas Gerais has proposed new legislation to accelerate environmental licenses for the mining sector. The state already has more than 700 waste dams, but only four public employees to monitor them. 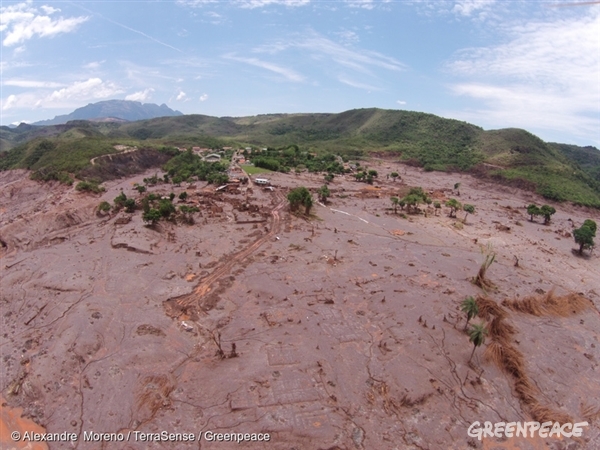 Over last few days, Greenpeace Brazil has been documenting and investigating the path of destruction caused by the Samarco dam rupture: listening to people’s stories and docementinging the devastation. You can see more from this expedition here. And Greenpeace teams will continue to monitor and document as the mud’s contaminants make their way to the ocean.

Thousands of lives are being radically affected – fishermen, ranchers, city-dwellers and the Krenak Indigenous people. The environment between Minas Gerais and Espírito Santo states suffers immeasurably. There is no time to lose in supporting the victims, investigating and punishing those responsible for this tragedy and in minimizing the effects on the environment.

Stand in solidarity with the people affected by this terrible tragedy. Share their story to pressure those responsible. And visit here (site in Portuguese) for more ways to help.

Bruno Weis is the Communications Coordinator of Greenpeace Brasil.