“Solidarity: a feeling of unity between people who have the same interests and goals.” -Merriam-Webster Dictionary 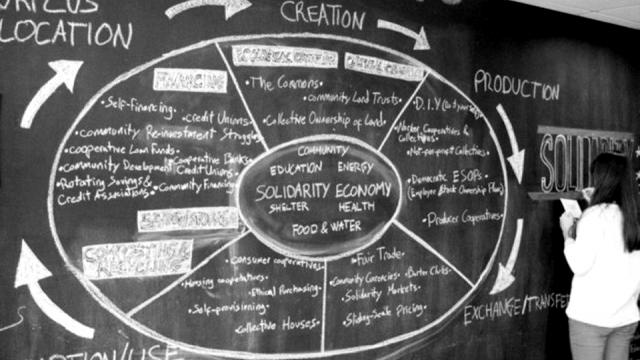 11 Nov 2015 – Defining the term “solidarity economy” can be difficult: it has become a kind of catchall to describe everything from worker-owned cooperatives to open source software to complementary currencies. Surprisingly, the ideas promoted in the solidarity economy are not very well known in the English-speaking world, though they have been gaining a foothold in academia and civil society groups since the turn of the century.

Quebec, Canada’s French language-majority province, is where the concept began to get traction in the late 1980s, mostly influenced by European experience (the word “solidarity” is, after all, French). But in the rest of Canada and in the U.S., the underlying idea has only recently begun to have an impact on economic thinking, especially in activist communities.

In terms of actually building solidarity economies in North America (excluding Mexico, which fits better into the greater Latin American model, discussed below), Quebec and its largest city, Montreal, have been putting the ideas into practice the longest.

Montreal’s first Community Development Corporation (CDEC) was created in Pointe Ste. Charles in the city’s southwest in 1984. This community was once a center of manufacturing and, like many of its equivalents across North America, it fell on hard times as the processes of globalization hollowed out companies, leaving empty factories and depressed property values in their wake.

This led those businesses that were left, along with activists and labor organizers, to realize they needed to work together as a means of survival. Outreach to government at all levels – municipal, provincial and federal – resulted in the creation of the CDEC model. There are now 15 such corporations in the province, described as “a hybrid and participatory institutional intermediary between the state and civil society, but in which both were present from the start, along with labor and business.”

In plain English, this means that CDECs try to create community-based solutions by bringing diverse economic actors together to address local issues like unemployment. They do not discriminate, and include civil society groups, traditional entrepreneurs and more cooperative businesses – a sector that has grown rapidly due to the introduction of universal, subsidized day-care in Quebec.

One thing that individual CDECs do is create “co-working spaces,” which allow individuals and groups to get office and meeting spaces at subsidized prices. This has the add-on effect of bringing all these people together under one roof, allowing connections to be made that often further benefit the local community and economy.

Commentators have noted that because the CDEC model has been established as a success, it’s harder for politicians at any level of government to dismantle it. Even the extreme right-wing government of Stephen Harper didn’t stop the expansion of the model into other provinces. By connecting economic development with social and often environmental goals as a priority, CDECs have advanced the solidarity economy in Canada as a whole and Quebec in particular, acting as incubators for both local business and civil society groups focused on everything from education to women’s rights.

More specific in its goals, Chicago has introduced the Chicago Manufacturing Renaissance Council (CMRC), “a partnership of business, labor, government, education and community leaders with the goal of reforming public education.” This helped bring some of the ideas of the solidarity economy to the U.S., and the success of the CMRC has led to other large urban areas creating their own councils based on the Chicago model, training citizens with the skills necessary to bring manufacturing and other jobs to their communities. 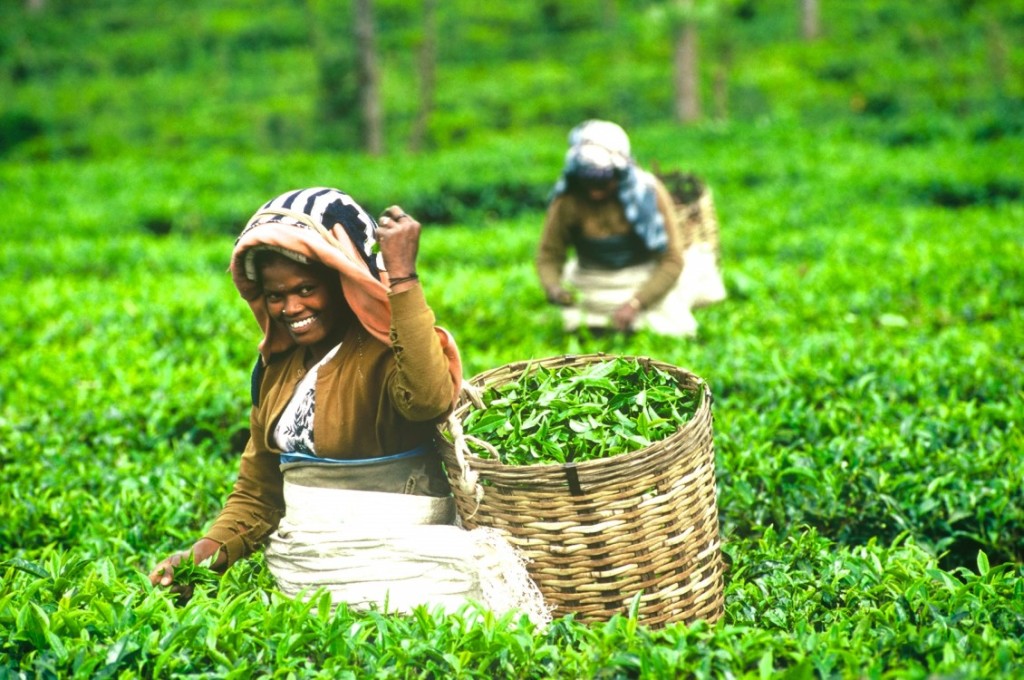 Slightly older than what’s been created in Quebec are the ongoing efforts to realize solidarity economies in Latin America. Central to the movement was the concept of fair trade, which connects not only various levels of government within countries, but also connects local producers to global consumers, extending the promise of the solidarity economy worldwide.

The Fair trade market currently generates $6.4 billion annually and encompasses over 1 million working people around the world. Unfortunately, this success story was sullied by the exit of Fair Trade USA from the main group, Fairtrade International, in a dispute over standards at the end of 2011.

The split came as a result of Fair Trade USA’s decision to use the fair trade label for products containing “as little as 10 percent ‘fair trade’ ingredients… compared with the minimum of 20 per cent in other countries where the Fairtrade label is used. There are plans to begin certifying coffee from large plantations, which are excluded from Fairtrade International’s labeling in order to support small, independent producers.”

While this struck a blow to the fair trade movement and solidarity economies in general, co-option can also be seen as a sign of success. By choosing to support individual farmers over corporate factory farms, fair trade continues to build both real solidarity and a solidarity economy across borders.

As many of us now realize, successful challenges to the neoliberal economic consensus are happening at the local level. By expanding on these successes and reaching out to allies at all levels of government, the ideas and practices of the solidarity economy are challenging business as usual and helping create a better world.

For a thorough investigation and to learn more about the solidarity economy, read this pdf by Yvon Poirier who has been at the forefront of the movement in Quebec.