“The people that are giving the order to kill – they don’t care who gets killed as long as their target gets attacked… they’ll take out however many people they can in order to get their results,” Bryant says.

The former pilot received the German Whistleblower Award for revealing details of operations taking place at the Ramstein base, specifically, its role in transferring information between the US and its CIA missions in North Africa, Afghanistan and the Middle East. He was among the first to bring into question the role the base was playing.

Earlier this year, Bryant spoke to RT and discussed the details of his former job. He explained that it is not about the idea of drones, but about who controls them, to what ends, and how transparent the operation is. He also mentioned about the physiological aspect of being in a virtual cockpit.

“We killed people who we really didn’t know who they were, and there was no oversight. And I just know that the inside of the entire program was diseased,” he said.

“I actually talked to a lady whose husband and brother were killed in a drone strike. I talked to her face to face, and she asked me why her husband and brother had to die… they weren’t bad guys. And I just looked at her and said – ‘I don’t know’”, he confessed. “And that’s not really the best thing that I can tell someone who’s asking questions about why someone that they cared about was killed, and they need to know the answers.

“The really true, hard answer is to say that I’m sorry – a mistake happened, and I’m doing everything that I can to prevent further mistakes from happening,” he added.

Bryant’s revelations about Ramstein ended up highlighting the existing debate and criticism in Germany and elsewhere about the human collateral damage and legality of US drone warfare. There are also questions if it is legal under the German constitution to host drones at the air base in the south west of Germany, given Bryant’s revelations.

The prestigious Whistleblower Award is given out biannually. Former NSA contractor Edward Snowden, who is now hiding in Russia from prosecution by the US, was a recipient of the award. Another is Chelsea Manning, who was commended for leaking documents relating to the American campaign in Iraq – something that earned her a 35-year prison sentence. 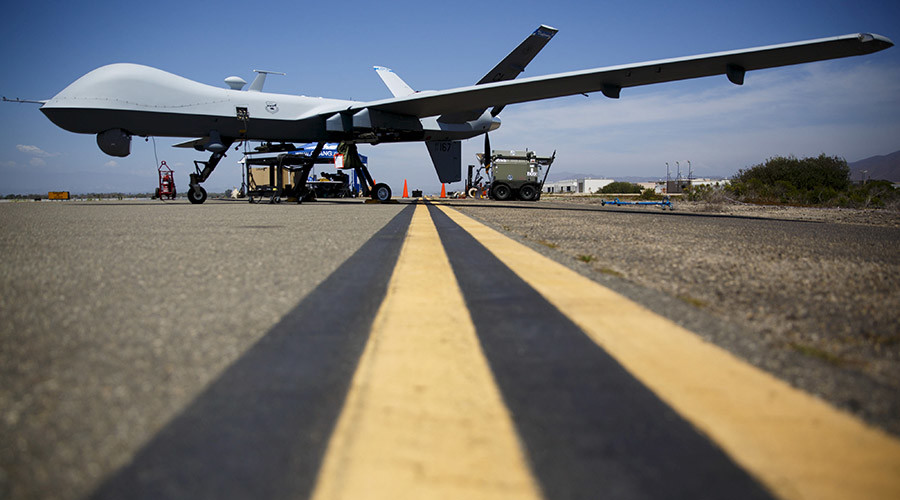 Prosecutions of people brave enough to answer for such defiant acts have drastically increased during the Obama presidency. The current US President has pardoned fewer prisoners than any other head of state since the 19th century.

As Bryant is set to receive the award, another unknown person has recently leaked information concerning the US drone program – the so-called ‘drone papers.’ The person who leaked the documents is now being hailed as ‘the new Snowden.’ Details are on The Intercept website.

One shocking fact to emerge was that a staggering 90 percent of all drone killings are not planned. Also if no evidence is found, the dead are labelled ‘enemy killed in action.’

The Former MI5 agent Annie Machon expressed her disbelief at the aggressive crackdown. The drone strikes, she says, “are killing thousands of people. It always takes a few brave souls to speak out and take a huge risk of years of imprisonment to actually confirm what has already been known for many years and has concerned certain people, but has not caused outrage across the West. This new whistleblower knows what the risks are and still thinks that to follow their conscience is much more important.”

One Response to “‘They Don’t Care Who Gets Killed’: Ex-US Drone Pilot Turned Whistleblower”