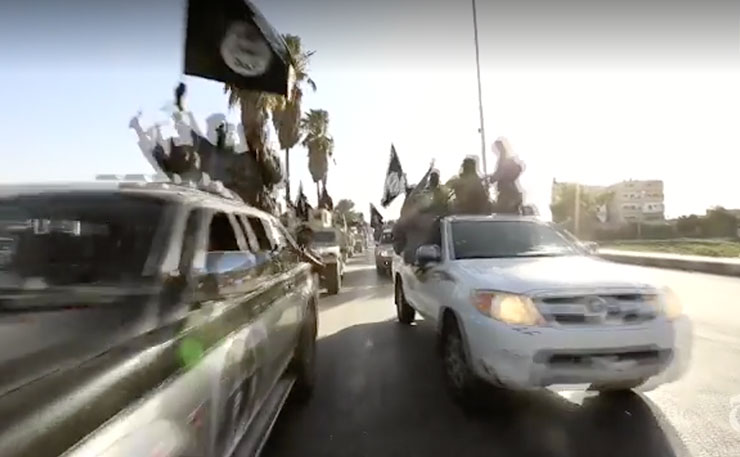 15 Nov 2015 – There can be nothing but condemnation of the attacks in Paris. But there can – and should – also be understanding about why they occurred, and who created the conditions. The short answer is us.

These feelings aren’t hard to understand. Some French people will react to the bombings not just with anger at Daesh, but with anger at Muslims more generally. After September 11, 16 Sikhs were murdered in the United States of America, in attempted retribution for what they believed Muslims at large had done to them. In the wake of the last attacks in Paris, 26 mosques were subjected to attack by firebombs, grenades and gunfire within a few weeks. No rational person can endorse or justify those atrocities, but they can still be understood as an unjustified response to 9/11.

If we can understand how people in the West can react with rage, and kill innocent people as a result of their innocent people being murdered in places like New York and Paris, then is it also possible to understand how Muslims feel when innocent people are killed in their countries? Since 2001, Western countries have bombed or invaded Iraq, Afghanistan, Libya, Syria, Somalia, Yemen, and Pakistan. We have also supported Israeli massacres of Palestinians, and the brutal repression of protests in Saudi Arabia, Tunisia, Bahrain, Yemen, Jordan, and the military coup in Egypt in 2013, and subsequent massacres of unarmed protesters there.

This is not to suggest that Muslim terrorism is okay. It is to suggest that just as the people of Paris and beyond feel pain, so do Muslims. And if we want to understand why a tiny minority of Muslims have sometimes directed cruel and savage violence against Western civilians, it might help just to assume that the empathy we feel for French people can equally be felt for Muslims.

The blasts late on Thursday hit a residential and commercial area in a southern suburb of Beirut, a stronghold of Shi’ite Muslim group Hezbollah, in the latest spillover of violence from the war in neighbouring Syria.

The first attacks in more than a year on a Hezbollah bastion inside Lebanon came at time when the group is stepping up its involvement in Syria’s civil war, now in its fifth year.

Pretty straightforward, if ugly and unsympathetic reporting. Hezbollah sent troops to fight Daesh, so Daesh responded by bombing Lebanon, targeting a civilian area which happened to have many supporters of Hezbollah.

In a sense, there is a kind of parity between this analysis and what happened in Paris. Associated Press reported on September 19 last year that France “became the first country to join U.S. forces pounding targets inside Iraq from the air” in the new war on Daesh. Daesh responded on 21 September: “If you can kill a disbelieving American or European – especially the spiteful and filthy French – or an Australian, or a Canadian, or any other disbeliever from the disbelievers waging war, including the citizens of the countries that entered into a coalition against the Islamic State, then rely upon Allah, and kill him in any manner or way however it may be.”

By Reuters standards, this is a “spillover” of the war on Daesh, and Daesh simply struck at the “stronghold” of one of its military enemies. But will we see that kind of language in Western reporting? Of course not.

Calling an area with Hezbollah supporters a “bastion” or “stronghold” suggests a latent sympathy with the bombing. Hezbollah has a military wing, but it is also a political party with significant political support in Lebanon. Though Prime Minister Malcolm Turnbull is part of a military coalition against Daesh, if they bombed civilians in Vaucluse, no-one would suggest that a “bastion” or “stronghold” of the Liberals had been struck.

Since the atrocities in Paris, Daesh put out a statement that they would continue strikes against France “as long as they remain at the forefront of the Crusaders’ campaign, dare to curse our prophet, boast of a war on Islam in France, and strike Muslims in the lands of the caliphate with warplanes”. 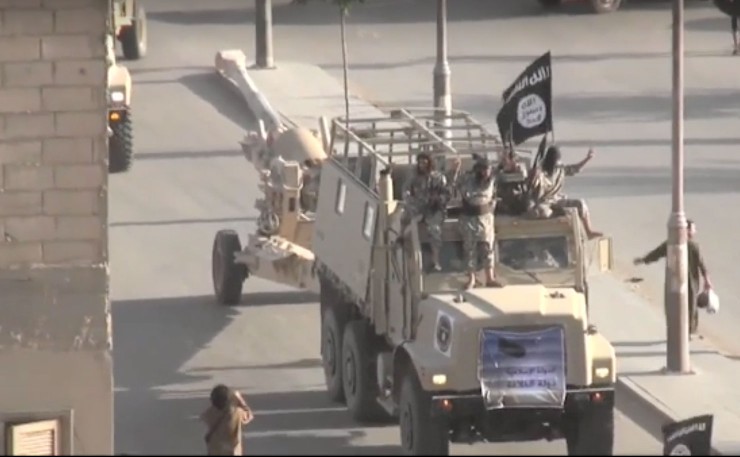 Other targets attributed to Daesh in recent months include a pro-Kurd rally in Turkey, and a civilian Russian airliner. The Kurds have been one of the major forces resisting Daesh in Iraq and Syria, and Russia has recently expanded its proxy involvement in Syria by directly supporting dictator Bashar al-Assad’s fight against Daesh.

The fact that Daesh responds to military opponents in Syria and Iraq with extra-territorial terrorism does not make that terrorism justified. It is simply to point out that those who chose to wage war on Daesh knew that it was not a military opponent which was going to scrupulously obey international law and avoid targeting civilians.

Patrick Cockburn observed that Daesh “has always massacred civilians in large numbers to show its strength and instil fear in its opponents. In the West, people notice these atrocities only when they take place on their own streets”. Daesh “is making clear that, if any country bombs them from the air, it will reply in kind on the ground, using the methods of urban terrorism backed by a well organised state.”

The contribution of the invasion of Iraq to the rise of Daesh should be relatively uncontroversial by now. Former British Prime Minister Tony Blair has admitted there are “elements of truth” to this charge. President Obama similarly observed that “ISIS is a direct outgrowth of al-Qaeda in Iraq that grew out of our invasion. Which is an example of unintended consequences. Which is why we should generally aim before we shoot.” This is indeed sage advice for people in the West.

Before the 2003 invasion, Iraq was ruled by the tyrannical Saddam Hussein, who was theoretically secular, and of Sunni Muslim background.

The American led invasion installed a government which, in the words of Iraq specialist Toby Dodge, “introduced an overt sectarianism that had not hitherto been central to Iraqi political discourse.” It was “an elite bargain of the exclusive variety. It played a major role in triggering the insurgency and driving the country into civil war.”

The system of government installed by the US, “in combination with the radical de-Baathification pursued by both the United States and the new Iraqi government, created an exclusive elite bargain that consciously excluded, and indeed demonised, not only the old ruling elite, but also the whole Sunni section of Iraqi society from which that elite had largely come. This exclusive elite bargain brutalised Iraqi politics by dividing society into religious and ethnic groups.”

Dodge observed that, “Those now in charge of the state rallied their supporters and demonised their enemies through appeals to Shia religious imagery and the defence of their community defined in terms of religious exclusion. Those battling to remove them from power deployed a radicalised Sunni Islamism to justify their own use of violence, claiming to defend their community from those forces wishing to drive them into the political wilderness.”

Sound familiar? Whilst the conflict simmered at a lower level for years, Sunni grievances against a sectarian political settlement, which excluded and marginalized them, continued. The removal of Nouri al-Maliki by the United States suggested recognition of the discontent that fostered sympathy for Daesh. The tactical successes of Daesh likely spring from seasoned veterans of war, some of them Ba’athists with experience going back to the Iran-Iraq war of the ‘80s, and others seasoned in guerilla tactics since the invasion and occupation from 2003.

The other country that Daesh has emerged in strength in is Syria. Why did it do so? Part of the favourable conditions were created by the uprising in 2011, and Assad’s brutal response. Yet the West’s response to the uprising and counterinsurgency fuelled the rise of Daesh too.

US Vice President Joe Biden observed the role of Western allies, specifically naming Turkey, the United Arab Emirates, and Saudi Arabia: “What did they do? They poured hundreds of millions of dollars and thousands of tons of weapons into anyone who would fight against Assad — except that the people who were being supplied were Al-Nusra and Al-Qaida and the extremist elements of jihadis coming from other parts of the world”. 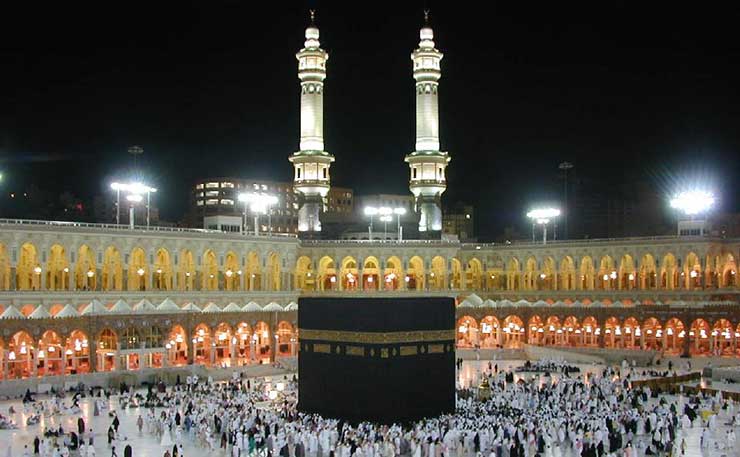 Formerly classified documents from US military intelligence in 2012 show that the West also supported the opposition, even though it was clear what kind of opposition this was. It expected there to be effects on Iraq, that “opposition forces will try to use the Iraqi territory as a safe haven for its forces”, and it would try to recruit and train fighters in Iraq. It saw that Salafists, the Muslim Brotherhood and Al Qaeda in Iraq were the “major driving forces” of the insurgency, which was taking a “clear sectarian direction”.

It thought the deterioration of the situation “creates the ideal atmosphere for AQI to return to its old pockets in Mosul and Ramadi, and will provide a renewed momentum under the presumption of unifying the jihad among Sunni Iraqi and Syria, and the rest of the Sunnis in the Arab world against what it considers one enemy, the dissenters. ISI could also declare an Islamic state throughout its union with other terrorist organisations in Iraq and Syria, which will create grave danger in regards to unifying the Iraq and the protection of its territory.”

That is, US military intelligence was reasonably clear in seeing where Western foreign policy in alliance with Turkey and Gulf states would lead. Those policies included support for jihadi terrorist groups, which paved the way for the rise of Daesh. Daesh has openly said that it will respond to those who fight it by murdering civilians of enemy belligerents around the world.

None of this is to legitimise Daesh, which is a savage and barbaric force which I hope to see defeated. What I think is worth pointing out is that Western foreign policy since the War on Terror was launched in 2001 has clearly not made us safer. Osama Bin Laden was killed, but Daesh is in a stronger position that al Qaeda ever was.

Yet when atrocities like the murders in Paris occur, the instinctive response is always to strike back harder, to show strength, and to show that we will not be cowed by our enemies.

The West’s response to jihadi terrorism seems always to be more use of force, and continued backing for tyrants in the region.

Our policies helped create the conditions that gave rise to Daesh, and Daesh has made it clear that waging war on it would result in terrorist attacks on the civilian populations of those who have sent soldiers to fight it.

This does not mean that no-one should fight Daesh. What it does suggest is that the policies which helped create the conditions that gave rise to Daesh are worth re-examining.

And what I would also suggest is that just as those who murder innocent civilians on the streets of Paris may cause murderous fury in response, so might Western foreign policy.

Changing those policies might help to prevent the emergence of the next Daesh.

Michael Brull is a regular columnist for New Matilda. He has written for a range of other publications, including Overland, Crikey, ABC’s Drum, The Guardian and elsewhere.