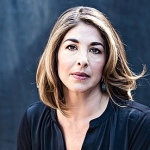 By banning protest at COP21, Hollande is silencing those facing the worst impacts of climate change and its monstrous violence.

20 Nov 2015 – Whose security gets protected by any means necessary? Whose security is casually sacrificed, despite the means to do so much better? Those are the questions at the heart of the climate crisis, and the answers are the reason climate summits so often end in acrimony and tears.

The French government’s decision to ban protests, marches and other “outdoor activities” during the Paris climate summit is disturbing on many levels. The one that preoccupies me most has to do with the way it reflects the fundamental inequity of the climate crisis itself – and that core question of whose security is ultimately valued in our lopsided world.

Here is the first thing to understand. The people facing the worst impacts of climate change have virtually no voice in western debates about whether to do anything serious to prevent catastrophic global warming. Huge climate summits like the one coming up in Paris are rare exceptions. For just two weeks every few years, the voices of the people who are getting hit first and worst get a little bit of space to be heard at the place where fateful decisions are made. That’s why Pacific islanders and Inuit hunters and low-income people of colour from places like New Orleans travel for thousands of miles to attend. The expense is enormous, in both dollars and carbon, but being at the summit is a precious chance to speak about climate change in moral terms and to put a human face to this unfolding catastrophe. 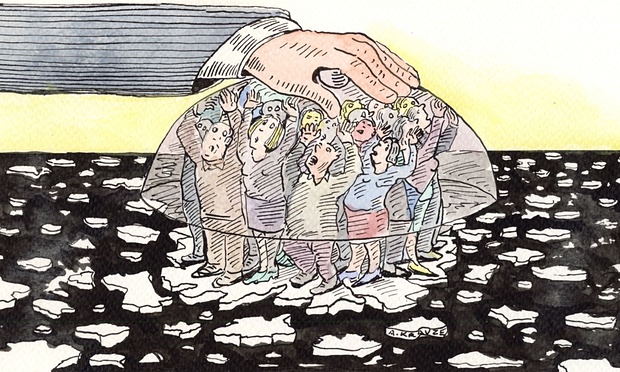 ‘The one that preoccupies me most is that core question of whose security is ultimately valued in our lopsided world.’ Illustration: Andrzej Krauze

The next thing to understand is that even in these rare moments, frontline voices do not have enough of a platform in the official climate meetings, in which the microphone is dominated by governments and large, well-funded green groups. The voices of ordinary people are primarily heard in grassroots gatherings parallel to the summit, as well as in marches and protests, which in turn attract media coverage. Now the French government has decided to take away the loudest of these megaphones, claiming that securing marches would compromise its ability to secure the official summit zone where politicians will meet.

Some say this is all fair game against the backdrop of terror. But a UN climate summit is not like a meeting of the G8 or the World Trade Organisation, where the powerful meet and the powerless try to crash their party. Parallel “civil society” events are not an addendum to, or distractions from, the main event. They are integral to the process. Which is why the French government should never have been allowed to decide which parts of the summit it would cancel and which it would still hold.

Rather, after the horrific attacks of 13 November, it needed to determine whether it had the will and capacity to host the whole summit – with full participation from civil society, including in the streets. If it could not, it should have delayed and asked another country to step in. Instead the Hollande government has made a series of decisions that reflect a very particular set of values and priorities about who and what will get the full security protection of the state. Yes to world leaders, football matches and Christmas markets; no to climate marches and protests pointing out that the negotiations, with the current level of emission targets, endanger the lives and livelihoods of millions if not billions of people.

And who knows where this will end? Should we expect the UN to arbitrarily revoke the credentials of half the civil society participants? Those most likely to make trouble inside the fortressed summit? I would not be at all surprised.

It is worth thinking about what the decision to cancel marches and protests means in real, as well as symbolic, terms. Climate change is a moral crisis because every time governments of wealthy nations fail to act, it sends a message that we in the global north are putting our immediate comfort and economic security ahead of the suffering and survival of some of the poorest and most vulnerable people on Earth. The decision to ban the most important spaces where the voices of climate-impacted people would have been heard is a dramatic expression of this profoundly unethical abuse of power: once again, a wealthy western country is putting security for elites ahead of the interests of those fighting for survival. Once again, the message is: our security is non-negotiable, yours is up for grabs.

One further thought. I write these words from Stockholm, where I have been doing a series of climate-related public events. When I arrived, the press was having a field day with a tweet sent by Sweden’s environment minister, Åsa Romson. Shortly after news broke of the attacks in Paris, she tweeted her outrage and sadness at the loss of life. Then she tweeted that she thought it would be bad news for the climate summit, a thought that occurred to everyone I know who is in any way connected to this environmental moment. Yet she was pilloried for her supposed insensitivity – how could she be thinking about climate change at a time of such carnage?

The reaction was revealing, since it took for granted the notion that climate change is a minor issue, a cause without real casualties, frivolous even. Especially when serious issues like war and terrorism are taking centre stage. It made me think about something the writer Rebecca Solnit wrote not long ago: “climate change is violence.”

It is. Some of the violence is grindingly slow: rising seas that gradually erase whole nations, and droughts that kill many thousands. Some of the violence is terrifyingly fast: storms with names such as Katrina and Haiyan that steal thousands of lives in a single roiling event. When governments and corporations knowingly fail to act to prevent catastrophic warming, that is an act of violence. It is a violence so large, so global and inflicted against so many temporalities simultaneously (ancient cultures, present lives, future potential) that there is not yet a word capable of containing its monstrousness. And using acts of violence to silence the voices of those who are most vulnerable to climate violence is yet more violence.

In explaining why forthcoming football matches would go on as scheduled, France’s secretary of state for sport said: “Life must go on.” Indeed it must. That’s why I joined the climate justice movement. Because when governments and corporations fail to act in a way that reflects the value of all of life on Earth, they must be protested.