25 Dec 2015 – For the third time in a year, the tight-fisted, austerity policies of the European Union (EU) took a beating, as Spanish voters crushed their rightwing government and overturned four decades of two-party reign. Following in the footsteps of Greek and Portuguese voters earlier this year, Spaniards soundly rejected the economic formula of the Troika—the European Central Bank, the European Commission and the International Monetary Fund—that has impoverished millions of people and driven the jobless rate to almost a quarter of the country. 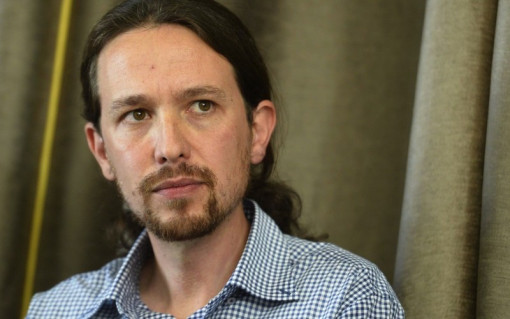 Greece’s leftist prime minister, Alex Tsipras said “Austerity has been politically defeated in Spain,” and that the election was a sign “that Europe was changing.” Italy’s prime minister, Matteo Renzi said, “As already happened in Greece and Portugal, governments which apply rigid austerity measures…are destined to lose their majorities.”

The big loser in the Spanish elections was the rightwing Popular Party (PP) that lost 63 seats and its majority in the 350-member parliament. The PP won more votes than any other single party, but its support fell from 44 percent in the 2011 elections to 28.7 percent. While PP Prime Minister Mariano Rajoy ran on a platform that the Spanish economy had recovered from its disastrous plummet following the 2007-08 worldwide financial crisis, voters were not buying.

The economy is indeed growing—3.1 percent this year and projections for 2.7 percent in 2016—but after four years it has yet to reach pre-crisis levels. Unemployment has remained at 21 percent nationwide and more than double that figure among youth and in Spain’s battered south.

Besides delivering a decisive “no” to austerity, Spaniards also turned out the two-party system that has dominated Spain since the death of dictator Francisco Franco in 1975. For 40 years the PP and Socialists Workers Party (PSOE) have taken turns running the country, racking up a track record of corruption and malfeasance. The Socialists also took a drubbing, albeit less so than the PP. PSOE lost 20 seats and fell from 28.8 percent support in 2011 to 22 percent in 2015.

The winners were two new parties, the left-wing Podemos (“We Can”) and the center-right Ciudadanos (Citizens), although it was former that really won the day.

In pre-election polls the Citizens party was projected to become the second largest party, but voters clearly decided that its free market economic strategies and backward positions on abortion and immigration made it look like PP-lite. Ciudadanos was supposed to win upwards of 25 percent. Instead it took less than 14 percent of the vote, although that translates into 40 seats.

For months the Spanish and European media have been filled with stories on Podemos’ falling support—one newspaper called it “No Podemos” (“No we can’t”)—and the New York Times essentially anointed Ciudadanos as the new up and comer. Voters had a different idea and gave the left party 20.6 percent of the vote and 69 seats in the parliament.

Podemos came out of the 2011 plaza demonstrations by “Los Indignados” fighting against home foreclosures, social inequality, evictions, and massive cuts in support for education and health care. Its membership is mainly urban, although it has made gains in rural areas. Its grassroots organizing experience came in handy it when it needed to turn out votes.

Rajoy says he intends to form a government, but how that would work is not clear. Both Podemos and the Socialists—between them they control 159 seats—have made it clear they intend to fight any attempt by the PP to remain in power. Rajoy could try a coalition with the Citizens Party, but that would only amount to 163 seats, and one needs 176 seats to control the parliament. In any case, Citizens’ leader, Albert Rivera, says he won’t go into an alliance with Rajoy because of the PP’s history of corruption.

There are other members of the parliament representing the Basque regions and Catalonia, and Podemos emerged as the strongest party in both regions. However, it will not be easy for a Socialist Party/Podemos alliance to patch together a majority, and it will require navigating the tricky politics of Catalonia.

Catalonia, Spain’s richest province has 17 seats in the parliament, all of whom support either greater independence or outright secession. Catalonia became part of Spain after it was conquered by a joint French/Spanish army during the War of the Spanish Succession (1701-14). It has its own language and culture, which until recently was suppressed by Madrid. In September, 47.7 percent of Catalans voted for independence-leaning candidates, who now control the regional parliament.

It might be possible to cobble together a government from the 159 seats that the Socialists and Podemos control with the 28 other seats representing Basques, Catalans, Canary Islanders, plus other leftish groups. While such a government looks fragile, it might be better than trying to forge a three-way alliance of Socialists, Podemos and Ciudadanos.

The latter party is opposed to government regulation, supports privatization of publically owned assets and, at its core, is socially conservative. The left, on the other hand, wants a strong role for government and is firmly opposed to privatization. And the election, says Socialist Party leader Pedro Sanchez, shows Spain wants “a move to the left.”

On January 13, King Felipe VI will most likely offer Rajoy the first shot at forming a government. If he does, it will be a short-lived minority one. Last month the right-wing Portuguese president appointed a minority rightist government, which only lasted a week. The Portuguese left is currently hammering together a three-way alliance that will run the country.

If Rajoy fails, and the Socialists can’t cobble something together, then there will have to be new elections. However, the left has the best chance of pulling a coalition together.

Whatever happens, the old two-party system is broken. Before this election, the two major parties controlled 75 percent to 85 percent of the votes. In this last election that fell to just over 50 percent. And that, as Podemos leader Pablo Iglesias says, means, “Spain is not going to be the same, and we are happy.”

The next hurtle is the EU. But while the Troika could beat up on Greece, Spain, with the fifth largest economy in the EU, is altogether another matter. The game is changing, and Spain is a new piece on the board, one that the Troika will not be able to bully quite as easily as Greece and Portugal.

Conn Hallinan can be read at dispatchesfromtheedgeblog.wordpress.com