The Dark Alliance of Global Philanthropy and Capitalism

It’s a problem if endowment investments generate the very poverty foundations are trying to alleviate. 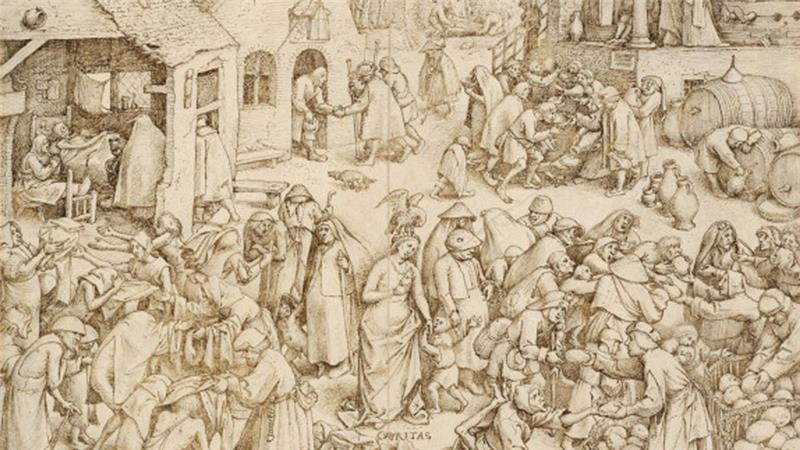 1 Dec 2015 – It is no secret that there are ironies in philanthropy. People become wealthy on the backs of the poor, or by plundering the earth, and then give away a fraction of their wealth for charitable works. This not only goes for individuals, but whole nations that profit from a particular world order, and then provide development assistance to lower income countries.

It is doubly ironic when such “dirty” monies are invested by foundations and universities in markets that further perpetuate inequality and environmental degradation to generate a return for their good works. The time has come for clean philanthropy, that is wealth generation for worthy causes that doesn’t perpetuate the very problems it hopes to address.

The sad truth is that a significant number of global philanthropic foundations have investments in the fossil fuel industry, including those where donations to environmental causes and climate change is a significant part of their portfolio.

Major universities, including Harvard and Vanderbilt, have been exposed in recent years for having endowments that are invested in problematic land deals in Africa, not to mention the conventional fuel industry. These are the same educational institutions that aspire to produce graduates who will address the world’s social and environmental ills.

As we move from the United Nations’ Sustainable Development Goals released in September, with their focus on assistance for sustainable development, to the Climate Change Summit in Paris this month, which seeks to address the root causes of unsustainability, the deep contradictions in global philanthropy must be acknowledged.

Left unaddressed, many foundations and universities are effectively taking part in the business of impoverishing the working class, and harming the environment in order to provide for a privileged few – whether they are recipients of development aid and local charities or university students.

Most philanthropic endowments generate about a five percent return for grant-making by foundations, or educational expenses in the case of universities. While this five percent may be spent wisely on poverty alleviation efforts, or the costs of running an educational institution, we hear less about how an organisation’s wealth is deployed.

Ironically, if conventionally invested, this capital may be helping to generate the very poverty a foundation is trying to alleviate, or the social and environmental problems an educational institution hopes its alumni will address.

As such, the way an organisation’s endowment capital is invested may actually be the biggest lever it has for addressing social or environmental problems. Yet, sadly, most foundations and universities have been extremely reluctant to screen these investments for any other criteria than maximum return.

Traditionally there was a firewall between how an endowment was invested and how the returns from that endowment were spent. In the face of current student-led fossil fuel divestment campaigns or divestment from companies doing business in Apartheid South Africa in the 1980s when I was a student, the oft-heard response from college and university boards of trustees was that it was their legal obligation, or fiduciary responsibility, to maximise returns on an institution’s endowment.

While foundations don’t have the same built-in student constituencies as universities, their boards have often responded in the same manner when their investments came under public scrutiny.

Now the blinkers between foundation investing and spending strategies, which often produced deep philosophical inconsistencies in the same organisation, may be about to crumble in the United States. A new US Department of Labor ruling has stated that endowment trustees may consider social and environmental factors when making investments.

First, there is a growing body of evidence suggesting that socially and environmentally responsible investments do as well as, or better than, conventional ones over the long-term. This is because the maltreatment of workers and the environment creates a certain precariousness that usually catches-up with, and undermines, the profitability of businesses.

Second, in most cases the way an institution invests its endowment capital represents an enormous – and often lost – opportunity to do good in the world.

Consider a $100m endowment that generates $5m a year for a foundation’s mission of supporting environmental causes. While the programmes supported by the $5m are important, investing the $100m endowment in a socially responsible manner – for example in wind power generation – would magnify the group’s real impact another twentyfold.

This practice, known as impact investing, refers to investments “made into companies, organisations, and funds with the intention to generate a measurable, beneficial social or environmental impact alongside a financial return.”

The truth be told, I am generally sceptical about working through markets to promote the social good.

This scepticism stems from a belief that many markets are unfairly structured and marginalise or exclude the poorest of the poor. It is for this reason that there will always be a need for government, philanthropy and aid to provide certain public goods – such as schools, roads, and environmental amenities – that the private sector is unwilling to invest in.

However, in spite of this scepticism, I also realise that it would be foolish to only work on the margins and ignore the tail that wags the dog – that is, the capital markets that produce wealth and poverty.

While government regulations will always be needed to promote environmentally sound, healthy and fair business practices, we also need institutional investors who take the long view by backing businesses that operate in a socially and environmental conscious manner.

It is the combination of sound government regulations, and corporations responsive to ethical shareholders, that might truly bring an end to wealth built on the backs of the poor and the plundering of the earth.

Also Read: The Problem with Philanthropy

William G Moseley is a professor and chair of geography at Macalester College in Saint Paul, Minnesota, US. @WilliamGMoseley