The protests against corruption and the electoral shifts point to a region that has consolidated democratic governance. 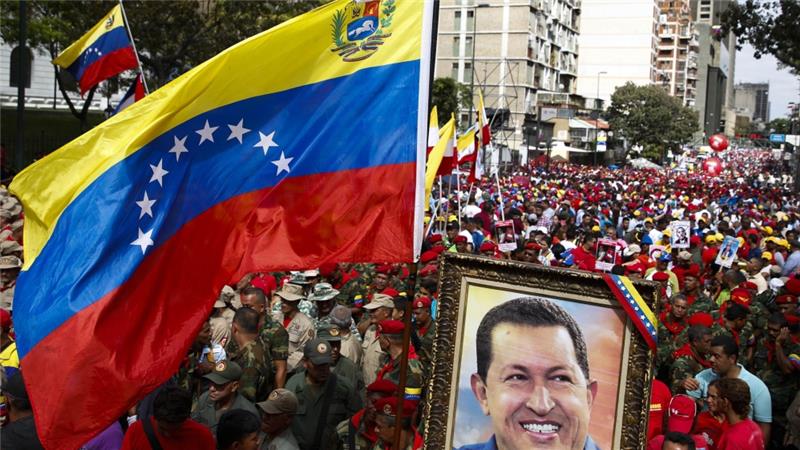 21 Dec 2015 – Rumours of the Latin American left’s demise have been greatly exaggerated. Over the last month – since the slim victory of Mauricio Macri in Argentina and the defeat of Nicolas Maduro’s governing party in legislative elections in Venezuela – Western publications have been breathlessly announcing the “death” of the Latin American left.

Left-leaning parties have indeed suffered setbacks across the region: before Argentina and Venezuela, in Guatemala, in October, conservative candidate Jimmy Morales defeated the ex-first lady Sandra Torres in that country’s presidential elections. These developments are significant, and will affect Latin American policies at home and towards the Middle East – but to declare the leftist trend of the 1990s “finished” is wrong-headed. 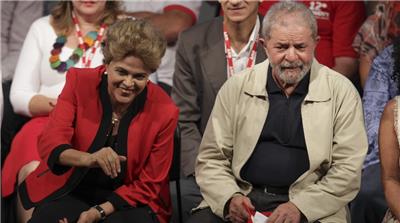 Latin American populism must be viewed in a historical perspective. The first wave came in the 1940s and 1950s, as charismatic leaders like Lazaro Cardenas, Juan Peron, and Getulio Vargas, emerged in Mexico, Argentina, and Brazil, respectively, promising to break the backs of ruling oligarchies and to overthrow the yoke of the United States’ dominance.

These leaders were authoritarian, and used personal movements (rather than political parties) to mobilise mass support for their policies of nationalisation, land reform, and import substitution industrialisation.

By the mid-1970s, the strategy of import substitution had run out of steam, and Latin American governments started borrowing massively from commercial banks. The debt crisis of the 1980s would in turn set the stage for the structural adjustment policies of the early 1990s.

Thus began the second wave of populism – though this time, the populists would be right-wing politicians like Carlos Menem of Argentina, Fernando Collor in Brazil, and Alberto Fujimori of Peru, who presented themselves as political outsiders, untainted by the system’s corruption – and their platform was of privatisation and market reform.

The third wave of economic populism kicked off in 1999, when Hugo Chavez came to power in Venezuela. He was soon followed by Luiz Inacio Lula da Silvain in Brazil, Nestor Kirchner in Argentina, Evo Morales in Bolivia, Michelle Bachelet in Chile, Rafael Correa in Ecuador, and Daniel Ortega in Nicaragua.

This “leftist tsunami” was a response to the enormous suffering caused by the neo-liberal reforms of the 1990s. Structural adjustment had caused mass layoffs, cuts in social services, and greater inequality, as the rich benefitted from the privatisation schemes, and living standards fell for the majority. Latin America, one of the most unequal regions in the world, grew more unequal during the 1990s.

These leaders had different rhetorical styles and relationships to the US. Chavez railed against American imperialism, Morales expelled the US ambassador and USAID, and Correa refused to renew a lease for a US airbase in Ecuador.

Lula and Bachelet, on the other hand, had a more positive relationship with the US, but all these left-leaning leaders aimed to address inequality and to counter American interventionism.

As a result of the impressive growth rates of the 2000s, and welfare programmes (such as Family Allowance programme instituted by Lula), income inequality declined in 16 out of 17 Latin American countries.

Countering the US dominance

At the international level, Brazil would launch a regional body called the Union of South American Nations in part to rival the Washington DC-based Organization of American States.

Brazil also led the opposition to the US efforts to create a region-wide version of the Patriot Act and the rendition system. Latin America was the only region in the world that did not participate in the US programme of “extraordinary rendition”, either by hosting CIA prisons or by allowing their airspace to be used for secret flights.

In May 2010, Brazil would try to counter US diplomacy in the Middle East, working with Turkey to broker an agreement with Iran to delay UN sanctions. That same year Brasilia led a number of Latin American states in recognising Palestinian statehood at the UN. 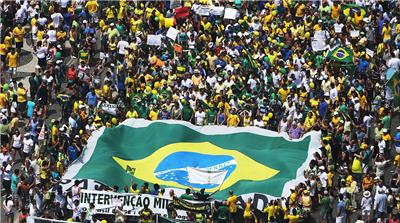 But then economic growth started to slow down. As the Chinese economy – a huge consumer of Latin America commodities – slackened, and oil prices dropped, growth, especially in the region’s largest economy, Brazil, began to sputter.

Economic mismanagement and corruption were also to blame for the economic slump. Chavez’s – and Maduro’s – policies would suffocate private sector initiatives. In Argentina over-regulation of the private sector, and overspending has left the country with the biggest fiscal deficit in decades. In 2015, average GDP growth in Latin America has been less than one percent.

It’s against this backdrop that the rightist surge in Venezuela, Argentina, and Guatemala must be understood. As happens in democracies, Latin American voters are punishing parties of the left for economic mismanagement. That leftist and rightist parties are no longer immune to electoral punishment is a sign of the stability of Latin American democracy.

But to say the leftist trend has been defeated is inaccurate: centre-left governments in Uruguay, Nicaragua, Bolivia, and Ecuador are still enjoying broad support, while centre-right governments in Mexico and Honduras are struggling in the polls.

Economic policy and the region’s relationship to the US – and by extension to the Middle East – will continue to be a source of polarisation in Latin America. Left-leaning governments have long tried to counter US diplomacy in the Middle East, while conservative parties have backed US foreign policy.

In 2003, the majority of South American states voted against the invasion of Iraq. Today the Latin American right is feeling bullish. Colombia, which deployed troops to Afghanistan to support the American effort against the Taliban in 2009, recently authorised hundreds of Colombian troops – trained at a prestigious military academy in Bogota – to fight as mercenaries in Yemen, as part of the Saudi war against the Houthis. Chavez in 2009 would dub Colombia the “Israel of Latin America”.

In Argentina, one of President Macri’s first foreign policy acts was to void the memorandum of understanding with Iran, signed by his predecessor.

All told, the protests against corruption and the electoral shifts all point to a region that has consolidated democratic governance and doesn’t fear political debate or multiplicity.

As the Paraguayan Foreign Minister Eladio Loizaga recently observed, “Latin America is going through a democratic process, living with differences, and not seeking uniformity.”

The Failures of Latin America’s Left

Is the US ‘Losing’ Latin America?

Hisham Aidi is a Harlem-based writer. He teaches at Columbia University’s School of International and Public Affairs.