5 Jan 2015 – The “big five” – i.e., the most military powerful states on earth (US, UK, France, Russia and China) have just agreed that it would be about time to end the Syrian five-year long human tragedy.

Before reaching such a conclusion, they waited until 300,000 innocent civilians were killed; tons of bullets shot; 4,5 million humans lost as refugees or homeless at home; hundreds of field testing of state-of-the-art drones made, and daily US, British, French and Russian bombing carried out.

So, with these statistics in hand, they on 18 December 2015 adopted United Nations Resolution 2254 (2015) endorsing a “road map” for peace process in Syria, and even setting a timetable for UN-facilitated talks between the Bashar al Assad regime and “opposition” groups.

They also set the outlines of a “nationwide ceasefire to begin as soon as the parties concerned had taken initial steps towards a political transition.”

“The Syrian people will decide the future of Syria,” the Resolution states.

The UN Security Council also requested that the UN Secretary-General convenes representatives of the Syrian Government and opposition to engage in formal negotiations on a political transition process “on an urgent basis”, with a target of early January for the initiation of talks. 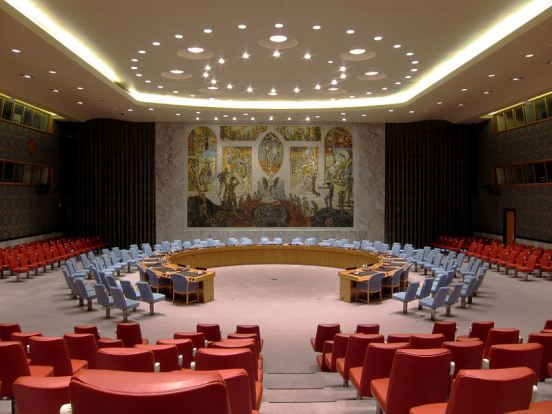 The “big five” then expressed support for a Syrian-led political process facilitated by the United Nations which would establish “credible, inclusive and non-sectarian governance” within six months and set a schedule and process for the drafting of a new constitution.

Furthermore, the Security Council expressed support for “free and fair elections, pursuant to the new constitution, to be held within 18 months and administered under United Nations supervision,” to the “highest international standards” of transparency and accountability, with all Syrians — including members of the diaspora – eligible to participate. 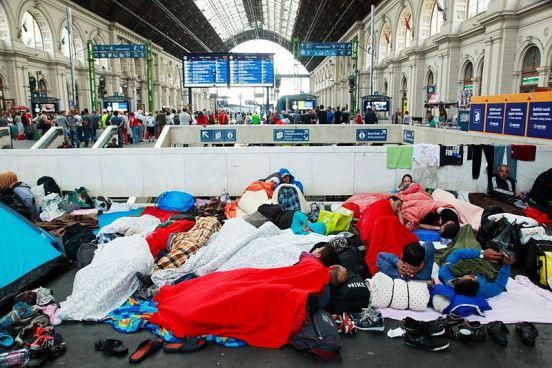 And they requested that the UN Secretary-General report back on “options” for a ceasefire monitoring, verification and reporting mechanism that it could support within one month. They of course also demanded that “all parties immediately cease attacks against civilians.”

The road-map says that within six months, the process should establish a “credible, inclusive and non-sectarian governance,” with UN-supervised “free and fair elections” to be held within 18 months.

The whole thing moved so rapidly that the United Nations Special Envoy for Syria, Staffan di Mestura, has already set the 25 January 2016 as the target date to begin talks between the parties.

All That Is Fine, But…

… But the resolution gives no specific answer to a number of key questions:

To start with, the Syrian National Coalition (SCN) has dismissed the whole idea as “unrealistic,” Deutsch Welle reported. The Coalition objects to a fact that the Security Council’s Resolution carefully “omits”: what future President Assad has.

According to Deutsch Welle, the SNC expressed annoyance that the UN language talked of ISIS terrorism but not of the “terrorism” of the Assad government. Russia has called for the transition to leave the question of governance up to the Syrians, while France and at times the US have demanded Assad’s immediate ousting as a condition of the deal.

If so, which “opposition” should sit to talk with the Syrian regime? While the US, UK and France support what they decided to consider as “rebel” or “opposition” groups, Russia, Iran, Turkey and Saudi Arabia would have different criteria.

In this regard, it was decided to work out a mechanism for establishing which rebel groups in Syria will be eligible to take part in the peace process. For this purpose, Jordan, which was tasked with listing terrorist organisations in Syria, has reportedly presented a document that includes up to 160 extremist groups.

Even though, would President Bashar al-Assad be able to run for office in new elections?

How will the UN monitor the requested ceasefires, and control so many different sides involved in the armed fighting, including the US, UK, France and Russia? And what if the ceasefires do not work? More Syrian civilians to die, flee, migrate? How to control DAESH and so many diverse terrorist groups operating there? What to do with those millions of Syrian refugees, scattered in the region, mainly in Lebanon, Jordan, Iraq and Turkey, while hundreds of thousands of them are being “trafficked” by organised crime bands, reportedly including DAESH itself?

And last but not least, which Syria will exist at the end of the 18 months which has been fixed as a target to hold free, fair elections?

Will be the current Syria or a new, refurbished one after cutting part of it to establish a brand new “Sunni-stan” that US neo-con, neo-liberal, Republican “hawk” and former George W. Bush’s ambassador to the United Nations, John Bolton, has recently recommended to create on the territories to be “liberated” from DAESH in Syria and Iraq?

Too many key questions without and clear answers. And too may gaps for this road-map to gain credibility. Unless the idea is to implement a Libyan-style solution, that’s for another Western-led military coalition, under NATO’s umbrella, to attack Syria, let Assad be murdered, and leave the people to their own fate. Exactly what happened in Libya in 2011.