Blame Capitalism for Doping in Sports

Players who take performance-enhancing drugs are only responding to the incentives of the free market. 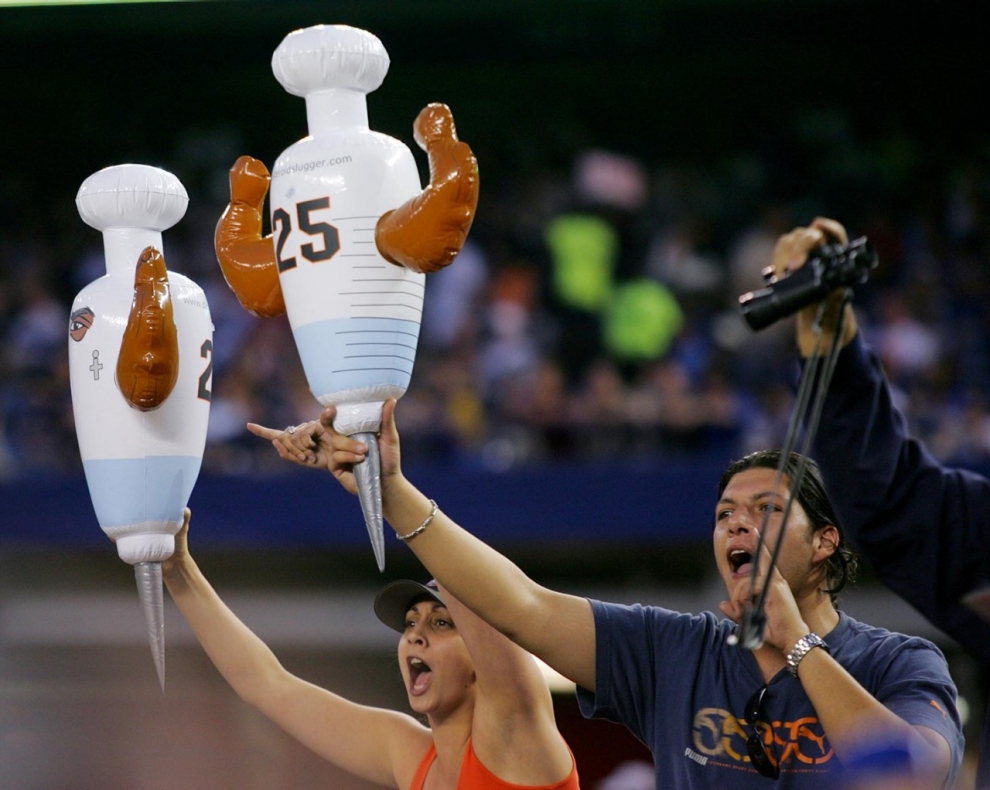 6 Jan 2016 – Sometimes it’s hard to see who the real villain is. Consider the recent fallout from “The Dark Side,” Al Jazeera’s new documentary about steroid use in sports. The program implicates Denver Broncos quarterback Peyton Manning, Green Bay Packers linebackers Clay Matthews and Mike Neal, baseball’s Ryan Howard and Ryan Zimmerman and a host of other star athletes in the use of performance-enhancing drugs (PEDs).

“The Dark Side” presents a shady network of unscrupulous doctors, pharmacists and suppliers looking to make a quick buck from athletes in search of any edge over their competition.

The figures noticeably absent from the controversy surrounding the documentary — with Manning and others vehemently denying the allegations, and Howard and Zimmerman filing suit for defamation — have been the team owners and sporting association heads. It’s easy to point the finger at athletes with big contracts, but they were getting only a small fraction of the profits from juiced ballgames.

For example, from 1997 to 2006, the average value of an Major League Baseball team shot up 222 percent, and attendance and merchandise sales soared. The sport had been stale and boring, out of touch in an era of fast bucks, but smaller ballparks and drugs turned lazy fly balls into home runs and kept fans in the seats. In the National Football League, all 32 teams are among the 52 most valuable sports franchises in the world. The NFL’s rapid growth has been built on the backs of players who face an increasingly demanding schedule and the lowest salaries and weakest protections of any of the four major American sport leagues.

MLB didn’t adopt a drug policy until 2006. (The NFL’s policy began in 1987 but has been routinely criticized for its laxness and the ease with which players avoid detection.) The lack of rules encouraged players to risk their health to gain a competitive edge. But it wasn’t just the stars. In fact, PEDs in sports are most often used by people who will never cash in or show up on our television sets — minor leaguers, football players one big hit away from the end of their careers, young foreign prospects looking for a ticket to the United States and college and high school amateurs.

We’ve been taught to accept the steroid era as something that has been brought to an end, but “The Dark Side” makes clear that new drugs and techniques are still being developed to help even frequently tested professional athletes avoid detection. This might not be an oversight on the part of the leagues. Eddie Dominguez, a former member of MLB’s investigative unit, was blunt in the documentary about what his bosses thought about his task, saying, “Like any corporation, it’s there to make money. All we were doing was adding bad press to baseball.”

It’s easy for professional sports to throw a few lambs to the slaughter — especially if they’re as polarizing as Alex Rodriguez or Barry Bonds — but the scope of the problem has never been acknowledged. Nor have owners ever had to fork over fines when players on their teams are caught taking PEDs.

Of course, players’ unions have resisted comprehensive testing. Athletes have a clear incentive to keep their bodies and the game they love free of drugs, for the sake of a level playing field and their long-term health. But they’re also workers who don’t want to risk false positives or THC from recreational marijuana use showing up in their urine tests. Would you give your boss a reason to fine or fire you if you had the power to resist?

So what would a progressive solution to the steroid problem look like? Let’s take baseball. Steroid use among teenage prospects in countries such as the Dominican Republic would drop massively if their residents could rely on a basic income, a robust safety net and job prospects outside of the long shot of a major league career. The drug gamble is sensible only in a country where more than a third of residents live in poverty. The same dynamics are at play among poor athletes in the U.S., and the same solutions could apply.

And where are these drugs coming from, anyway? Drug development and distribution in the U.S. is a privatized Wild West. If the way private doctors doled out prescriptions were more tightly regulated, drugs would be harder for people to get their hands on.

As for the owners, get rid of them. Having a class of people whose interest isn’t in the artistry and joy of sport but in profit maximization is anathema to any comprehensive solution. If players had more stability and more opportunity to dictate the conditions under which they play, far fewer would opt to take risky drugs. The same goes for fans. If they were stakeholders, along with athletes, of municipally owned franchises, then the long-term integrity and safety of sports could be placed ahead of short-term profits.

When it comes to corruption in sports, don’t hate the players; hate the game. Manning is just a scapegoat for capitalism.

Bhaskar Sunkara is the founding editor of Jacobin.