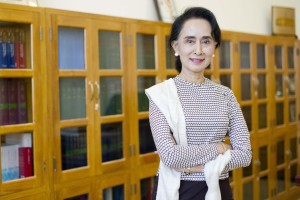 Daw Aung San Suu Kyi, one of the world’s genuine heroes, won democracy for her country, culminating in historic elections in November that her party won in a landslide. As winner, Aung San Suu Kyi is also inheriting the worst ethnic cleansing you’ve never heard of, Myanmar’s destruction of a Muslim minority called the Rohingya.

A recent Yale study suggested that the abuse of the more than one million Rohingya may amount to genocide; at the least, a confidential United Nations report to the Security Council says it may constitute “crimes against humanity under international criminal law.”

Yet Aung San Suu Kyi seems to plan to continue this Myanmar version of apartheid. She is now a politician, and oppressing a minority like the Rohingya is popular with mostly Buddhist voters.

Another Nobel Peace Prize winner, President Obama, who has tremendous influence on Myanmar (and who has visited twice since his re-election in 2012), isn’t showing much interest, either. Obama and Hillary Clinton helped lure Myanmar to democracy and a pro-Western orbit — significant achievements — and it might spoil the parade to fuss too much over 67 quasi-concentration camps in which many Rohingya are confined. 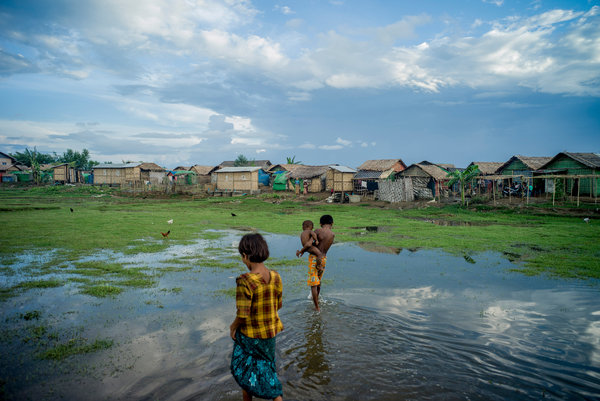 Children near their homes in one of the concentration camps where Myanmar has locked away a Muslim minority called the Rohingya. Credit Tomas Munita for The New York Times

What all this means in practical terms is that Muhammad Karim is dead at 14.

Muhammad lived in a giant concentration camp with tens of thousands of Rohingya. The government has taken away citizenship and statehood from the Rohingya over the years, and they are deprived of free movement. Muhammad wanted to sneak away by boat, paying human traffickers to join a tide of desperate Rohingya boat people seeking passage to Malaysia. “We wouldn’t let him, because it was too dangerous,” said his mother, Sara Hatu.

Then Muhammad suffered a scratch on his heel. Nobody thought much about it, but soon he had trouble opening his jaw.

He apparently had caught tetanus. Like most of the children in the concentration camp, he wasn’t able to get vaccinations, including a simple tetanus shot.

After he got sick, the local medical assistants and the on-and-off clinic couldn’t help him. Finally his mother got special permission for him to leave the camp to be hospitalized, but by then it was too late. “After two days, he came back as a corpse,” his mother said.

A hundred feet from his hut, another family is also mourning. Bildar Begum, a 20-year-old woman, contracted hepatitis A, according to neighbors. Hepatitis A is normally not life-threatening, but she, too, couldn’t get the medical help she needed, and so she died late last year, leaving a 2-year-old son, Hirol.

“If she was not Rohingya, she would surely still be alive, I can say that 100 percent,” said Enus Monir, a community leader.

And now Hirol is starving: At 28 months, he weighs just 19 pounds. On the World Health Organization weight-to-age sheets, he is off the charts. The minimum on the charts is the third percentile, and Hirol is far below that.

Some of the families in the camp have substantial savings in the banks in Sittwe a few miles away. But because they have been locked up since 2012, they can’t access their own bank accounts to feed their families. 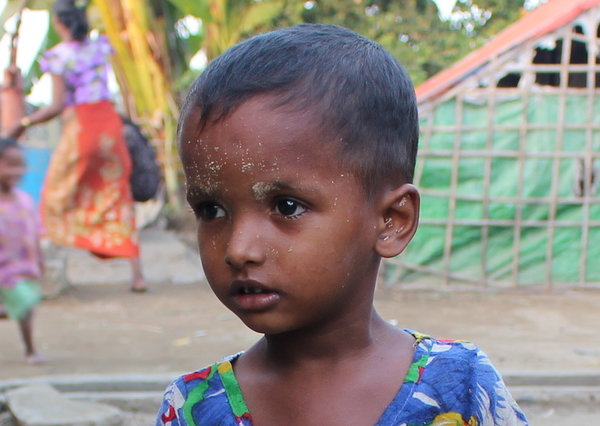 Hirol is 28 months old and just 19 pounds. His mother died after she contracted hepatitis A in the camp. It is not normally life-threatening, but she couldn’t get medical care. Credit Nicholas Kristof/The New York Times

The global response has been pathetic. Partly that’s because Myanmar makes it difficult for aid groups and journalists to see the Rohingya, so that they are largely invisible.

The United Nations has been dysfunctional in Myanmar. Another internal U.N. document shared with me (both provided by a critic of U.N. passivity on the issue) warns that U.N. staff members in Myanmar are feuding with one another and it raises “the question of possible complicity of the U.N. in potential crimes against humanity.”

Bravo to advocacy groups like Human Rights Watch, Fortify Rights and United to End Genocide that have spotlighted the continuing brutality against the Rohingya. Kudos to humanitarian groups that ease the suffering where the government allows them to: On one large island that I reached by boat, Doctors Without Borders and Save the Children are providing lifelines of health care and education.

Yet aid groups have been barred from many areas, and the systematic destruction of the Rohingya remains one of the 21st century’s most neglected human rights catastrophes.

“The Obama administration definitely could be doing a lot more,” said Matthew Smith of Fortify Rights, a human rights group focused on Myanmar. That includes backing an international investigation and pushing Myanmar publicly and privately to take steps to restore citizenship and free movement to the Rohingya, as well as assuring that aid groups are allowed to help them. Other politicians have also been mostly quiet; the issue has barely surfaced at all on the U.S. presidential campaign trail.

An enormous amount has gone right in Myanmar in recent years, especially the rise of democracy. But that same rise of democracy has also empowered racist and xenophobic demagoguery, making the problems of the Rohingya harder to solve. In the recent Myanmar elections, Aung San Suu Kyi’s party refused to nominate a single Muslim candidate.

Aung San Suu Kyi is regarded by many Burmese as too conciliatory toward the Rohingya, because she remains silent rather than denouncing them at every turn. But for those of us who have deeply admired her for years, her willingness to sacrifice principle for political expedience is wrenching to watch.

Defenders of Myanmar and of Aung San Suu Kyi note that the country has many problems; they see the Rohingya as one misfortune in a nation with a vast swath of misfortunes. The priorities, as they see them, are economic development, democracy and an end to the country’s many local conflicts, and they protest that it’s myopic to focus on the problems of one ethnic group in a nation so full of challenges.

Yet to me, there is something particularly horrifying about a government deliberately targeting an ethnic group for destruction, locking its members in concentration camps and denying them livelihood, education and health care. When kids are dying in concentration camps, after being confined there because of their ethnicity, that’s not just one more problem of global poverty. It’s a crime against humanity, and addressing it is the responsibility of all humanity.

A version of this op-ed appears in print on January 10, 2016, on page SR1 of the New York edition with the headline: The Peace Prize Winner and Crimes Against Humanity.