10 Jan 2016 – Only six of our British military chaps, it seems, are helping the Sunni Saudis kill Shia Yemenis. And they’re not actually in Yemen, merely helping to choose the targets – which have so far included hospitals, markets, a wedding party and a site opposite the Iranian embassy. Not that our boys and girls selected those particular “terrorist” nests for destruction, you understand. They’re just helping their Saudi mates – in the words of our Ministry of Defence – “comply to the rules of war”.

Saudi “rules”, of course, are not necessarily the same as “our” rules – although our drone-executions of UK citizens leave a lot of elbow-room for our British warriors in Riyadh. But I couldn’t help chuckling when I read the condemnation of David Mephan, the Human Rights Watch director. Yes, he told us that the Saudis “are committing multiple violations of the laws of war in Yemen”, and that the British “are working hand in glove with the Saudis, helping them, enhancing their capacity to prosecute this war that has led to the death of so many civilians”. Spot on. But then he added that he thought all this “deeply regrettable and unacceptable”.

“Regrettable” and “unacceptable” represent the double standards we employ when our wealthy Saudi friends put their hands to bloody work. To find something “regrettable” means it causes us sadness. It disappoints us. The implication is that the good old Saudis have let us down, fallen from their previously high moral principles.

No wonder the Minister of Defense has popped across to Riyadh to un-crease the maps and explain those incomprehensible co-ordinates for the Saudi leaders of the “coalition against terror”. Sorting this logistics mess out for the Saudis does, I suppose, make it less “unacceptable” to have our personnel standing alongside the folk who kill women for adultery without even a fair trial and who chop off the heads of dozens of opponents, including a prominent Saudi Shia cleric. 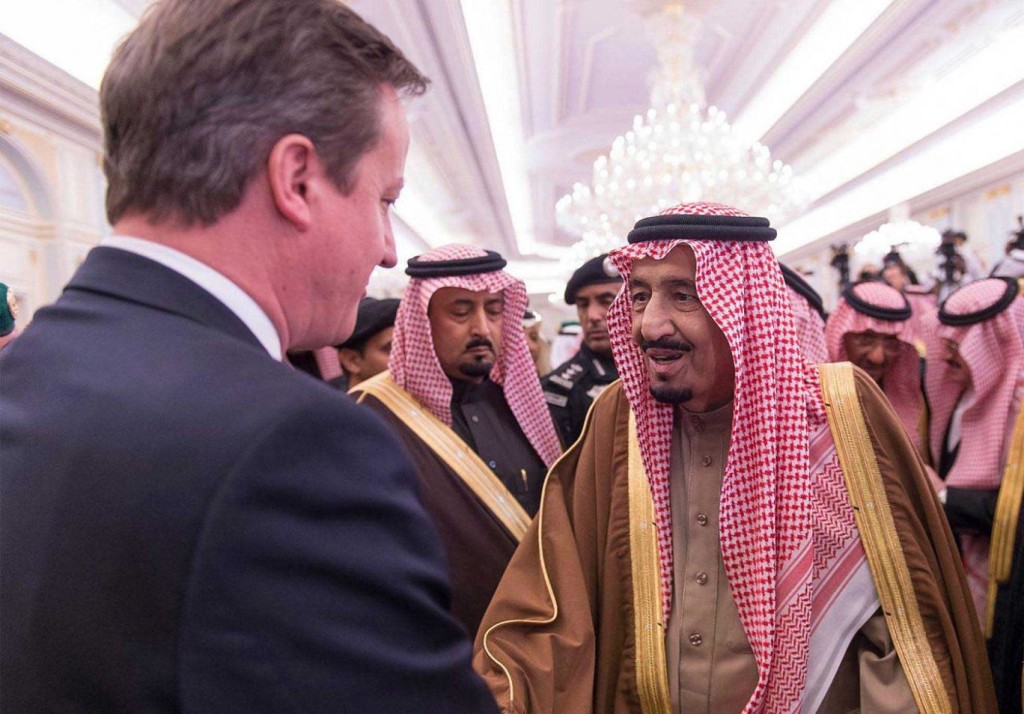 Those very words – regrettable and unacceptable – are now the peak of the critical lexicon which we are permitted to use about the Saudis. Anything stronger would force us to ask why David Cameron lowered our flag when the last king of this weird autocracy died.

And exactly the same semantics were trotted out last week when the Tory MP and member of the Foreign Affairs Select Committee, Daniel Kawczynski – who was also chairman of the all-party UK parliamentary group on Saudi Arabia – was questioned on television about the 47 executions in Saudi Arabia, the kingdom’s misogynistic policies and its harsh anti-gay laws. Faced with the unspeakable – indeed, the outrageous – acts of a regime which shares its Wahhabi Sunni traditions with Isis and the Taliban, Kawczynski replied that the executions were “very regrettable”, that targeting civilians would be “completely unacceptable” and the anti-gay laws “highly reprehensible”. “Reprehensible”, I suppose, is a bit stronger than regrettable.

It was instructive, also, to hear Kawczynski refer to executions as “certain domestic actions”, as if slicing heads off human beings was something to be kept within the family – which is true, in a sense, since the Saudi authorities allow their executioners to train their sons in the craft of head-slicing, just as we Brits used to allow our hangmen to bring their sons into the gallows trade. This familial atmosphere was always advertised by its ambassadors and their friends. Prince Bandar bin Sultan, when he was Saudi Arabia’s man in Washington, spoke of his country’s religion as part of a “timeless culture” whose people lived according to Islam “and our other basic ways”. A former British ambassador to Riyadh, Sir Alan Munro, once advised Westerners to “adapt” in Saudi Arabia and “to act with the grain of Saudi traditions and culture”. This “grain” can be found, of course, in Amnesty’s archives of men – and occasionally women – who are beheaded each year, often after torture and grotesquely unfair trials.

Another former ambassador, Sir Sherard Cowper-Coles – or “Abu Henry” as he was affectionately called by his Saudi friends – used arguments back in 2006 that might have come from David Cameron today. “I’ve been hugely impressed by the way in which the Saudi Arabian authorities have tackled and contained what was a serious terrorist threat,” he said then. “They’ve shrunk the pool of support for terrorism.” Which is exactly how our Prime Minister justified his support for Saudi Arabia’s place on the UN Human Rights Council last October. “It’s because we receive from them important intelligence and security information that keeps us safe,” he told Channel 4’s Jon Snow.

But wasn’t there, nine years ago, a small matter of the alleged bribery of Saudi officials by the British BAE Systems arms group? The Financial Times revealed how Robert Wardle, the UK director of the Serious Fraud Office, decided he might have to cancel his official investigation after being told “how the probe might cause Riyadh to cancel security and intelligence co-operation”. The advice to Wardle was that persisting with his official enquiry might “endanger lives in Britain”. Lord Blair of Kut al-Amara ordered the investigation closed.

The advice to Wardle, I should add, came from none other than Sherard Cowper-Coles, who later became UK ambassador to Afghanistan and, on retirement from the Foreign Office, worked for a short time as a business development director for BAE Systems. Our former man in Riyadh now has no connection with BAE – yet it would be interesting to know if the Saudis are using any of the company’s technology in the bombing of civilian targets in Yemen.

But relax – this would elicit no expressions of outrage, condemnation or disgust at Saudi Arabia – nor any of the revulsion we show when other local head-choppers take out their swords. Any such UK involvement would be unacceptable. Even regrettable. We would be sad. Disappointed. Say no more.