BDS Tactics Are Not Anti-Semitic

Criminalising political dissent is only going to reinforce perceptions of Jewish conspiracy theories – so why do it? 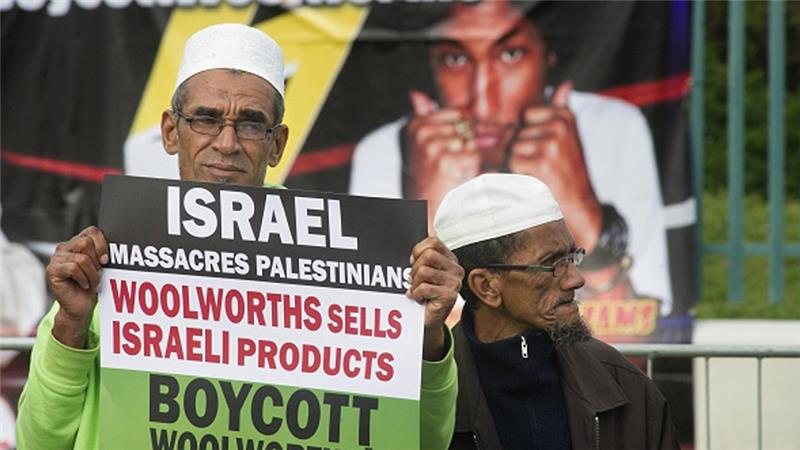 While the move reflects deeply held political views of the Conservative politicians involved, the legislation is also partly a response to lobbying from Daniel Taub, the former Israeli ambassador, who has portrayed the Boycott, Divestment and Sanctions movement as motivated by a desire to destroy the Jewish people, and an existential threat to the state of Israel.

This distorted understanding of BDS is grossly unfair. The BDS movement does favour a one-state solution called Palestine, but not one achieved through violence and not one where Jews are second-class citizens or are denied access to their religious sites. Its manifesto is a radical political position, but it is not anti-Semitic.

BDS supporters do not boycott Jewish shops – what they do is boycott shops that buy goods from Israel, and a proportion of these shops are, unfortunately, Jewish.

The BDS movement should be more caring over who it boycotts – independent Jewish shops in Britain selling Israeli goods are hardly accountable for the actions of an Israeli government they didn’t elect, nor are they influential enough to change Benjamin Netanyahu’s mind, but most importantly it is not respectful to those British Jews who remember the Holocaust or lost relatives in it.

The BDS movement should stick to lobbying publicly accountable bodies, but it is this entirely legitimate activity which Prime Minister David Cameron is now planning to criminalise.

Even if the BDS tactics are offensive and insensitive, they are still not anti-Semitic. Rarely mentioned is that Marks & Spencer, the British department store chain founded by Polish-Jewish entrepreneurs and strongly associated with Judaism and Zionism, is not being boycotted – in fact, Marks & Spencer is taking part in the boycott, and refuses to buy goods from Israeli settlements.

There is also a strong democratic mandate for non-violent political activism not against Jews – which could never be justified – but against Israeli government behaviour.

Fifteen percent of Conservative voters, and more than 30 percent of both Labour and Liberal Democrat voters, sympathised with the Palestinians over Israelis when polled in 2014.

If they want to express their sympathy for the Palestinians by joining BDS and lobbying public bodies to divest, who is Cameron to stop them?

BDS is a radical group with a radical ideology using radical means to achieve radical aims, but you don’t have to believe in all or any of its aims to feel uncomfortable about this new legislation.

Preventing public bodies from taking part in the BDS movement is denying voters the right to respond to pressure from their constituents to disinvest from a country that the British government has repeatedly stated is breaking international law, and which David Cameron has accused of maintaining an “open-air prison” (in Gaza).

Given this agreement on the underlying issue, the only way the Tories could reasonably justify banning BDS participation is by proving the BDS movement is purely anti-Semitic and hateful.

Is one anti-Semitic, and the other Islamophobic, perhaps? BDS critics say that you cannot compare the two proposals – because Israel is a Jewish state founded for the Jewish people.

To call for the replacement of the Jewish state with a Palestinian one is therefore to preach anti-Semitism, according to the hardline Zionist view.

In reality and when soberly considered, just because Israel’s founders called themselves “the Jewish state”, that did not grant them eternal and unconditional licence to label all their future detractors anti-Semitic.

Now it is new Jewish conspiracy theories being legitimised by Cameron – a confirmation of a view held by some British Muslims with an interest in the Middle East – in other words those most ripe for radicalisation into the most perverse versions of Islamism, that Jewish interests control the British government. They don’t – and Cameron is acting largely under his own steam in an effort to protect both British Jews and Israel.

His motives are admirable, the information he is acting upon dubious, and his arguments specious. Criminalising political dissent is only going to reinforce perceptions of Jewish conspiracy theories which – by Cameron’s own admission – helps terrorists. So why do it?

I support the Israeli boycott – but which one?

Alastair Sloan is a London-based journalist. He focuses on injustice and human rights in the UK and international affairs, including human rights, the arms trade, censorship, political unrest and dictatorships.