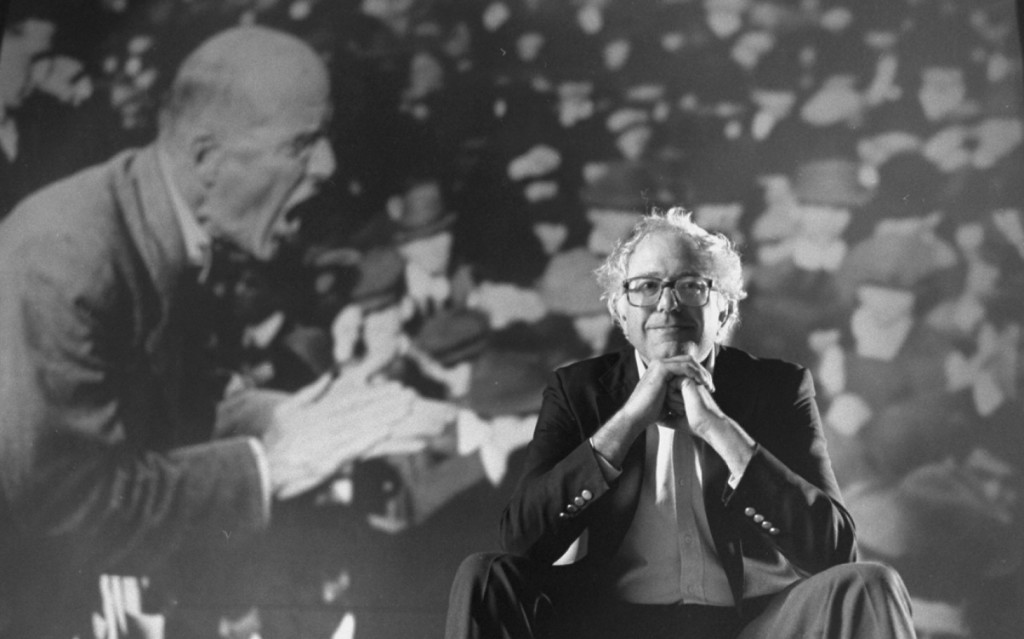 19 Feb 2016 – Some Americans are surprised that young Democratic primary voters have embraced Sen. Bernie Sanders, a self-identified socialist, by such a broad margin. And understandably so. After more than a century of obsessive anti-communism, capitalists thought they finally had the game all sewn up. But a portion of U.S. conservatives saw the phenomenon coming far in advance; a few of them have been warning about the rise of cultural Marxism for years. It’s time we give them a little credit.

Cultural Marxism is the boogeyman for much of what’s called the alt right — a narrow range of bigoted ideologies held predominantly by white men who oppose feminism, multiculturalism, political correctness and other progressive ideas. The fringe theorist William S. Lind usually gets credit for originating the idea during the first fights over political correctness a couple of decades ago. According to Lind and those he inspired, cultural Marxism is the result of the left’s failure to bring about revolution across the Western world in the first half of the 20th century. In their telling, a group of Marxist intellectuals fled Hitler, went to the United States and plotted a takeover of American culture. With multiculturalism, diversity and political correctness, their dastardly plot was accomplished.

Like all good conspiracy theories, there’s some fact and some fiction in Lind’s account. The Frankfurt school of intellectuals (including Theodor Adorno, Herbert Marcuse, Erich Fromm and others) did immigrate to the United States. And they have definitely had an outsize influence on some parts of American academic culture. Where the conservatives get confused is the relationship between these Marxists and Democrats. Lind and his followers see one big group of commies; actual commies, on the other hand, see liberal capitalist use of diversity rhetoric as a co-optation of our line, which is to say that two dads in a Cheerios ad is not part of a revolutionary strategy. Sure, gay marriage is legal, and marijuana is getting there. But Marxists don’t seem to have won much of anything in the run-up to the 2008 financial crisis, whereas capitalists won so much that a Sanders correction seems almost plausible.

The alt right sees Marxism’s retreat into the academy as a grand strategic feint. They forget the anti-communist purges that plagued American society from top to bottom. Only some parts of some universities were willing to shelter Marxists, and that’s where they reproduced. (It’s worth noting that this process has been extremely variable; each academic department at each school has its own ideological mix, and there are disciplines that are as clean of leftists as any Wall Street bank.) But as more and more young Americans enrolled in higher education and as Marxist cultural theory developed, some central left-wing tenets have taken hold outside the academy. And whether it’s called social justice warrior theory, cultural Marxism or feeling the Bern, these ideas have coalesced into a recognizable politics.

Sanders no longer considers himself a Marxist, or at least he doesn’t say so in public. Still, he has made the fight between the tiny ownership class and the rest of America the centerpiece of his campaign, and it’s resonating with young Democratic voters. You don’t need a bedside picture of Lenin to believe in what sociologists call conflict theory — the idea that society is composed of struggling classes. This doesn’t seem like a particularly controversial idea in present-day America, but it goes against the mainstream political consensus. When Democrats and Republicans talk about classes, they like to take the conflict out of it and speak about the illusory middle class. As President Barack Obama put it in 2011, “This isn’t about class warfare. This is about the nation’s welfare.” Sanders’ rhetoric, however, is closer to Occupy Wall Street’s 99 percent versus the 1 percent.

The struggle between economic classes is the foundation of conflict theory. But there’s more to it than that. Marxist thinkers have long expanded on the idea of opposed classes, applying it to other social fissures, particularly gender and race. Monique Wittig, the late French author and feminist theorist, defined a feminist as “someone who fights for women as a class and for the disappearance of this class.” Viewing American race relations as a class conflict emphasizes the living history of white exploitation rather than mere difference or inequality; intersectionality points out that people take part in all these social conflicts at the same time. Conservatives and liberals alike detest this sort of identity politics, but they’re increasingly popular, and for good reason.

Conflict theory explains things Democrats and Republicans can’t or won’t, and this is where the “cultural” in “cultural Marxism” comes in. While liberalism and conservatism draw a thick line between political issues and other aspects of society, conflict theory has something to say about everything. What can Republicans and Democrats say about, for example, white appropriation of black hairstyles except that they guess there’s a market for it? Actress Amandla Stenberg in her viral school project video “Don’t Cash Crop on My Cornrows” demonstrated the explanatory power of conflict theory, and she didn’t have to go to college to learn it. Conservatives in particular give Tumblr a lot of credit for breeding cultural Marxists.

Conservatives like Lind — sometimes called paleoconservatives, a label that reflects their dated thinking — are right that people want more from their political ideology than a team to root for every couple of years. People want ways to understand why things happen the way they happen, why American society is arranged in the unfair way it is and how it could be different. Red and blue flavors of capitalism aren’t enough, and the paleocons know it. Class analysis or conflict theory or Marxism offers something different. I don’t think Occupy Wall Street or Sanders started a movement; I think they’re both glimpses of an idea whose time has come.

Malcolm Harris is an editor at The New Inquiry and a writer based in Brooklyn.