How to Trap Elephant Poachers with Their Own Technology 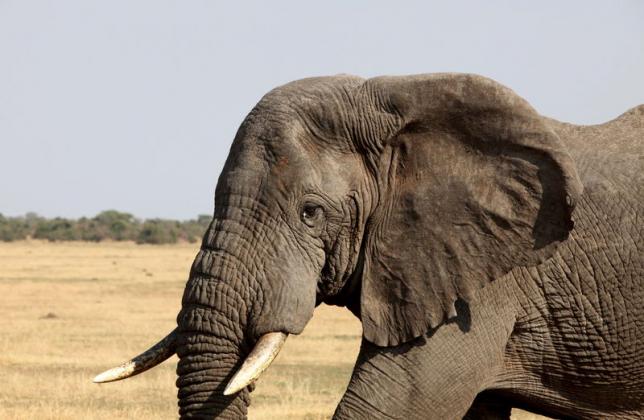 The chase was the result of new breakthroughs in Tanzania’s fight against an increasingly rapacious poaching trade, which has felled 60 percent of the country’s elephant population in the past five years.

The agents’ target that day was Yang Feng Glan, a 66-year-old Chinese national dubbed the “Ivory Queen,” who is accused of running a smuggling empire stretching from the game parks of Tanzania to the clandestine ivory markets of Asia.

Her arrest was the culmination of more than a year’s work and relied in large part on the novel use of old crime fighting methods at Tanzania’s National and Transnational Serious Crimes Investigation Unit (NTSCIU). Helped by a $1.5 million donation from an American philanthropist, the serious crimes squad has started to tackle poaching using the lessons it learned hunting al Qaeda in the years after the group bombed two U.S. embassies in East Africa in 1998.

A Tanzanian court in October charged Yang with heading a criminal network responsible for smuggling 706 pieces of ivory worth 5.44 billion Tanzanian shillings ($2.51 million) between 2000 and 2014. Prosecutors say Yang organized, managed and financed a criminal racket in ivory totaling 1.9 tonnes.

Yang, currently in jail, could not be reached for comment. But her lawyer, Nehemia Mkoko, says she is innocent of all charges.

The new techniques follow work done in neighboring Kenya, where poaching rates have nosedived. In both countries the police have started concentrating on the poachers’ own technology – guns and phones – and using it against them. By combining that with old-fashioned detective work, they have captured more suspects.

“From just one arrest, you can open up the syndicate, and go up the ladder from grassroots to brokers, to dealers and transporters … all the way up to international traffickers,” said one agent from the squad. The history of a suspect’s gun, the phone calls he or she makes, and the money they move, create a trail of evidence.

Tanzania has been hit hard by a global spike in poaching over the past decade. Its elephant population has dropped to about 43,000 in 2014 from 109,000 in 2009. Interpol has said a “significant portion” of ivory reaching international markets originated from elephant herds in Tanzania.

The region has also become a vital part of the African “Smack Track,” a smuggling route for Afghan heroin bound for Europe; Western diplomats see a growing overlap between ivory smugglers and narcotics traffickers.

“They are all interlinked. Drugs traffickers in East Africa use the same people that weapons smugglers use and that the ivory smugglers use,” said one Nairobi-based agent from the U.S. Drugs Enforcement Administration (DEA).

The capture of Yang Feng Yang started with a tip-off in 2014.

In the baobab-studded hills of the Ruaha–Rungwa ecosystem, where the elephant population plummeted from 20,000 to 8,000 between 2013 and 2014, local informants pointed crime squad agents towards Manase Philemon, a suspected Tanzanian ivory dealer who was barely literate but could mysteriously speak Chinese.

Under interrogation, Philemon fingered Yang, who police believe taught him Mandarin. “Manase worked so closely with this woman for a long time,” the NTSCIU agent told Reuters.

Yang’s ties to Tanzania spanned four decades. She studied Swahili at a Chinese university and moved to the country in the 1970s to work as a translator for Chinese engineers building a railway line to Zambia, according to court documents, police sources and an interview she conducted with the China Daily newspaper.

In the 1990s she returned to Tanzania and opened a popular Chinese restaurant in Dar es Salaam. She was also the secretary-general of the Tanzania China-Africa Business Council.

After Philemon’s tip-off, she became the NTSCIU’s top target.

But the anti-poaching team had problems. Many of the NTSCIU’s agents were trained by Western spy agencies in the wake of the U.S. embassy bombing in Tanzania, and their main task was to counter the threat from home-grown Islamists. There was not enough cash or manpower to act against poaching and the unit did not operate country-wide.

At this point the not-for-profit PAMS Foundation got involved. Its leader Wayne Lotter sought help from David Bonderman, an American billionaire who made a fortune in private equity and had The Rolling Stones play at his 60th birthday bash. Bonderman’s Wildcat Foundation donated about $1.5 million, and the NTSCIU anti-poaching team began recruiting trusted people from the Tanzania Intelligence and Security Service, police, army, immigration, judiciary and the national wildlife service.

“I believe (NTSCIU) provides a model of how serious enforcement against wildlife poaching and trafficking can be accomplished if a country’s leadership has the political will to make it happen,” said Wildcat Foundation director Rodger Schlickeisen.

By the time of Yang’s arrest, about 60 people were working on the anti-poaching team out of 200 or so NTSCIU agents. They set about building networks of informants, and built a strategy.

They called it “follow the gun, save the elephant.”

Immediately after a suspect is captured, the agents focus on the suspect’s weapon. Tracing how the poacher obtained that gun leads to the person one level above in the syndicate, and points in the direction of a team. Philemon helped here. “He gave us the cream of the dealers,” said the agent.

But just as they began building a case against Yang, she vanished. In June 2014 a Tanzanian court charged Philemon with trafficking ivory and Yang fled to Uganda, according to sources familiar with the case. Philemon has not entered a plea and could not be reached the comment.

More than a year later, her phone revealed where she was.

NTSCIU is able to pull up poachers’ phone numbers and call histories, said one security expert who works closely with the squad. Computer software is used to delineate links between on-the-ground poachers, dealers and transnational criminal gangs. A server flags to NTSCIU mobile phone numbers when they become active, but does not record calls. “The machine is on 24 hours,” said the expert.

Mobile phones also help agents follow the money. Many Africans send and receive money via their phones. That means agents who monitor phone calls can also track payments, helping to build up a picture of who is involved.

“The mobile phones technology has come in very handy,” said Robert Muasya, head of security for Kenya’s Wildlife Service. “If we catch a poacher, we are able to analyze his phone and analyze the content… know whether this phone had appeared somewhere else, and we are able to connect the dots.”

It was thanks to Yang’s phone that about a year after she had left for Uganda, Tanzanian agents discovered she was back in Dar es Salaam. But the unit still had a major problem, said the agent. “We had no photographs of her.”

Again, her mobile phone helped them track her to a house in the center. They laid a trap, and waited.

As dusk fell seven hours later, Yang burst out of the house, dashed for her car, and sped off. The agents followed, zig-zagging through heavy traffic. Fearing they would lose her, they hit her car to bring it to a halt.

Yang was shocked by the agents’ audacity, said the NTSCIU agent: “She came out of the car very angry.”