Support for gay rights is no longer a niche demand restricted to those with a personal interest in the matter. 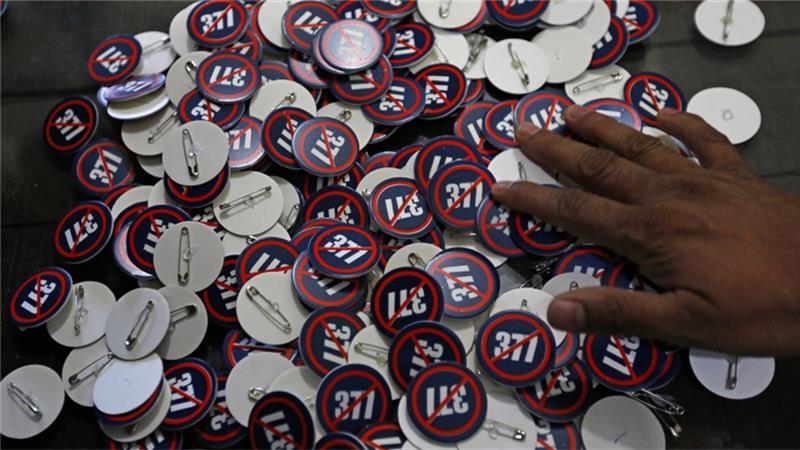 3 Feb 2016 – A new phase in the long, dramatic, seesaw debate over the decriminalisation of homosexuality in India was inaugurated this week when India’s Supreme Court agreed – most unusually – to reconsider its own stance on the matter.

Just over two years ago, in December 2013, the Supreme Court had crushed the hopes of India’s burgeoning gay-rights movement by striking down a 2009 ruling by the Delhi High Court that judged the current law against homosexuality to be unconstitutional, thereby effectively recriminalising homosexuality and strengthening the hand of religious conservatives in India.

But by agreeing this week to refer a “curative petition” contesting the 2013 judgment to a five-man bench of judges, the court has implicitly acknowledged that even the highest judicial institution of the land is open to constructive challenge, and rekindled the hope that India will soon join those liberal countries of the world where it is not a crime to be gay.

At the centre of the debate is Section 377 of the Indian Penal Code, one of many vestiges of colonial-era law that have endured in modern India, which recommends criminal prosecution and possible life imprisonment for “whoever voluntarily has carnal intercourse against the law of nature”.

To a 21st century sensibility, it is not difficult today to see what is problematic with such a wording of the law. But as long as the discussion of homosexuality remained a taboo topic in Indian society and media in the decades after independence, this statute, for all that it expressed a simplistic and complacent reading of “the law of nature”, was not questioned: That it was only infrequently applied does not make it, as some analysts have pointed out, less unjust or discriminatory.

But from the early 1990s, a nascent gay-rights movement in cities like Mumbai and Delhi began to agitate for a freer and frank conversation on homosexuality in the public sphere. Eventually, it took its cause all the way to the courtroom, beginning a long, slow battle in which the rulings of 2009, 2013 and now this week are all significant episodes.

In the meantime, there have been other victories to celebrate, such as that in the court of public opinion. With every passing year, more and more Indians – and especially young Indians – agree that both the present law on homosexuality and the long-standing consensus of public morality, for all that they assert a prejudice against same-sex love historically found in societies around the world, fail the test of scientific and political reason on various counts.

One, they mislabel and criminalise the sexual choices and realities of millions of Indian people today, condemning them to an underground existence. Two, they do not stand up to scrutiny in the light of modern scientific research into the nature of homosexuality, which suggests that human sexuality is more a continuum than a realm of clear binaries, and that same-sex love is just a natural variation of human sexual behaviour. And three, they are inconsistent with the rights to freedom of choice, equality before the law, and privacy enshrined in the Indian constitution.

Once a niche issue, the conversation on homosexuality has today gone mainstream. Even as the battle in the courts is fought over what can at times be extremely technical grounds, the matter of gay rights has – in the span of a generation – become a broad reference point in a hundred other Indian debates over the validity of age-old definitions of “good”, “normal” and “natural” in the realms of gender, religion and family.

That is to say, support for gay rights is no longer a niche demand restricted to those with a personal interest in the matter, but is part of a new India’s conception of itself and of a more just world. On balance, this is a greater victory than one confined purely to the legal realm would have been. And it means that the legalisation of homosexuality is inevitable in India in the near future, if not immediately.

And even the old bastions are now shaking. The ruling Hindu-nationalist Bharatiya Janata Party (BJP) has long been resolutely opposed to the legalisation of homosexuality. And even in a previous regime India’s parliament, while housing many politicians who are privately sympathetic to the gay cause, has not been able to bring itself to tackle the matter head-on, preferring to let the courts do the hard work of smoothening out an unjust law.

But while the BJP’s official position remains unchanged, in the past two years two major figures in the party, Arun Jaitley – as finance minister, the second most powerful man in India after Prime Minister Narendra Modi – and Piyush Goyal, a state minister, have come out strongly in favour of the decriminalisation of homosexuality.

Two decades of spirited debate has had its effect across the board. Indian thinking on gay rights may still lean towards the conventional, but it is no longer static, and when it becomes overly shrill or self-righteous it is widely mocked.

And now there is hope again on the legal front. When the five judges of India’s Supreme Court sit down to debate once again the merits of the case against Article 377, they will be acutely conscious of the need to proceed on the basis of the nature of law, “not the law of nature”.

Chandrahas Choudhury is a novelist and columnist based in New Delhi. His work on Indian politics appears regularly on Bloomberg View and in The Caravan.