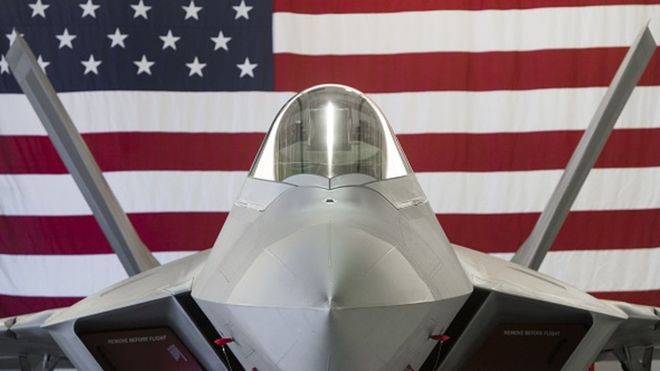 The US is increasing spending on European defence. Getty Images

America’s military finds itself pulled in several directions – and even the $582bn (£403bn) defence budget rolled out earlier this month will not be enough to satisfy all of its needs.

17 Feb 2016 – New challenges – from Russia and the so-called Islamic State (IS) group – are forcing the Pentagon to change its plans, and reopening old arguments about whether its allies are doing enough.

One of the headlines to come out of the new budget was a quadrupling of spending on US military preparations to defend allies in Europe.

When Nato Secretary General Jens Stoltenberg, says the alliance is facing its “most challenging security environment in a generation”, he is thinking principally of the challenge posed by a “newly assertive Russia”.

“The US is doing what they’ve always done – bail out Europeans unprepared to fund defence properly,” says General Sir Richard Shirreff, Nato’s number two soldier until two years ago, “but more than that, it’s recognition that Europe is strategically vital for the US and that the withdrawal of the last of the US heavy brigades a couple of years ago went too far in the face of the very real threat posed by [Russian President Vladimir] Putin.”

Yet the line item in the Pentagon’s budget shows an increase from $789m to $3.4bn on measures to improve readiness in Europe.

It’s a lot of money, but not compared to the budget overall or to what was lost when the US and other Nato countries cashed in their “peace dividend” at the end of the Cold War.

So the US now plans to have about 250 armoured vehicles pre-positioned in eastern Europe in case trouble flares in the Baltic republics or Poland.

But the number of tanks within that figure (50 or so) is around 1% of the number the US Army had positioned in Europe during the Cold War.

In 2013-14 the number of American tanks actually went down to zero.

The new deployments, and a programme of rolling Nato exercises, will bring some reassurance to Baltic leaders who fear that Russia might try to destabilise them.

America’s reinvestment, it’s only fair to say, also contrasts with many European allies who, so far at least, show little sign of living up to promises to raise their defence spending to 2% of GDP.

American annoyance that the Europeans are not doing enough to defend themselves led Robert Gates, then defence secretary, to warn in 2011: “There will be dwindling appetite and patience in the US Congress, and in the American body politic writ large, to expend increasingly precious funds on behalf of nations that are apparently unwilling to devote the necessary resources or make the necessary changes to be serious and capable partners in their own defence.”

Since pledging to boost spending in 2014, several east European Nato members have announced increases. Germany, long criticised by many of its allies, has also said it will add €9bn (£7bn; $10bn) to its military budget between 2016 and 2019. 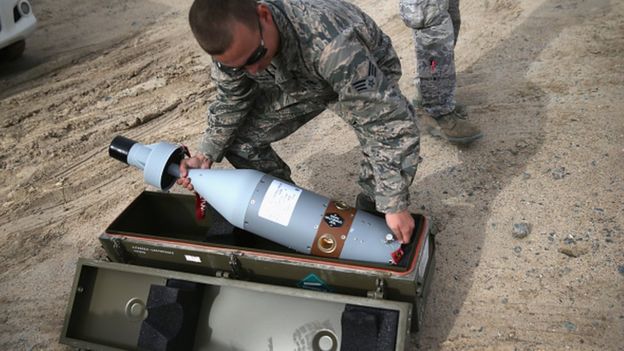 Yet despite many changes of this kind the authoritative “Military Balance” annual published this month by the International Institute for Strategic Studies, reports, “while these additional funds will provide some relief to defence ministries across Europe, the significance of the announced increments should not be overstated”.

So despite the 2011 Gates warning, and the summit pledges, Nato’s reality remains much the same.

The Europeans don’t want to spend (much) more and however much America may complain, it remains committed to its global security mission.

Russia and China, by comparison, may spend considerably less, but their budgets are rising (rapidly), they buy a lot more (manpower is cheaper for them), and their forces focus on their immediate periphery.

In the Middle East too, the Obama administration finds itself reversing its earlier drawdown in Iraq. It is spending more (for example, $1.8bn to buy 45,000 new guided bombs and missiles to replace those used recently, mostly in that part of the world) and calling on its friends to step up.

US Defence Secretary Ash Carter spoke last week of the “terrific opportunity” for US allies to do more in the fight against IS.

Yet the Americans find themselves being criticised by Turkey and France among others, for ceding the initiative to Russia and failing to act effectively enough over the past 18 months in Syria.

While Mr Carter has spoken of the battle to retake Mosul (which fell to IS in the summer of 2014) being under way, US intelligence officials suggest they do not expect the city to be recaptured this year.

The reality, then, of America’s new defence budget is that the Obama years’ pattern of long-term decline (of spending as a proportion of GDP) continues.

And even the one strategy that the Pentagon a few years back thought it had – drawing down in Europe and the Middle East in favour of a new emphasis on China and the Pacific – has been frustrated by world events.

Mark Urban is diplomatic and defence editor for BBC Newsnight.

2 Responses to “US Remains Reluctantly Tied to Global Security Role”