The Art of Living: The Great Humanistic Philosopher Erich Fromm on Having vs. Being and How to Set Ourselves Free from the Chains of Our Culture

“The full humanization of man requires the breakthrough from the possession-centered to the activity-centered orientation, from selfishness and egotism to solidarity and altruism.” 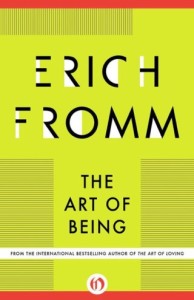 A pioneer of what he called “radical-humanistic psychoanalysis,” the great German social psychologist and philosopher Erich Fromm (March 23, 1900–March 18, 1980) was one of the most luminous minds of the twentieth century and a fountain of salve for the most abiding struggles of being human.

In the mid-1970s, twenty years after his influential treatise on the art of loving and four decades after legendary anthropologist Margaret Mead turned to him for difficult advice, Fromm became interested in the most basic, most challenging art of human life — the art of being. At the height of a new era that had begun prioritizing products over people and consumption over creativity, Fromm penned a short, potent book titled To Have or To Be? — an inquiry into how the great promise of progress, seeded by the Industrial Revolution, failed us in our most elemental search for meaning and well-being. But the question proved far too complex to tackle in a single volume, so Fromm left out a significant portion of his manuscript.

Those pages, in many ways even richer and more insightful than the original book, were later published as The Art of Being (public library) — a sort of field guide, all the timelier today, to how we can shift from the having mode of existence, which is systematically syphoning our happiness, to a being mode. 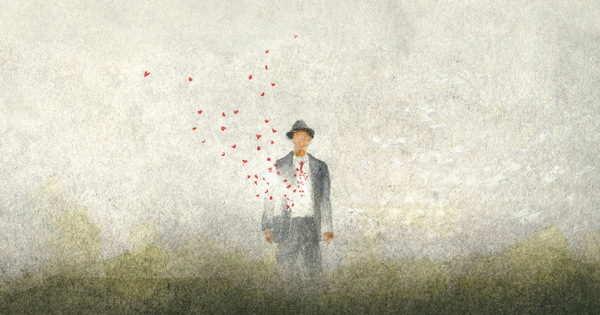 Art by Jean-Pierre Weill from The Well of Being

The full humanization of man requires the breakthrough from the possession-centered to the activity-centered orientation, from selfishness and egotism to solidarity and altruism.

But any effort to outline the steps of this breakthrough, Fromm cautions, must begin with the foundational question of what the goal of living is — that is, what we consider the meaning of life to be, beyond its biological purpose. He writes:

It seems that nature — or if you will, the process of evolution — has endowed every living being with the wish to live, and whatever he believes to be his reasons are only secondary thoughts by which he rationalizes this biologically given impulse.

That we want to live, that we like to live, are facts that require no explanation. But if we ask how we want to live — what we seek from life, what makes life meaningful for us — then indeed we deal with questions (and they are more or less identical) to which people will give many different answers. Some will say they want love, others will choose power, others security, others sensuous pleasure and comfort, others fame; but most would probably agree in the statement that what they want is happiness. This is also what most philosophers and theologians have declared to be the aim of human striving. However, if happiness covers such different, and mostly mutually exclusive, contents as the ones just mentioned, it becomes an abstraction and thus rather useless. What matters is to examine what the term “happiness” means…

Most definitions of happiness, Fromm observes, converge at some version of having our needs met and our wishes fulfilled — but this raises the question of what it is we actually want. (As Milan Kundera memorably wrote, “we can never know what to want.”) It’s essentially a question about human nature — or, rather, about the interplay of nature and nurture mediated by norms. Adding to the vocabulary of gardening as a metaphor for understanding happiness and making sense of mastery, Fromm illustrates his point:

This is indeed well understood by any gardener. The aim of the life of a rosebush is to be all that is inherent as potentiality in the rosebush: that its leaves are well developed and that its flower is the most perfect rose that can grow out of this seed. The gardener knows, then, in order to reach this aim he must follow certain norms that have been empirically found. The rosebush needs a specific kind of soil, of moisture, of temperature, of sun and shade. It is up to the gardener to provide these things if he wants to have beautiful roses. But even without his help the rosebush tries to provide itself with the optimum of needs. It can do nothing about moisture and soil, but it can do something about sun and temperature by growing “crooked,” in the direction of the sun, provided there is such an opportunity. Why would not the same hold true for the human species?

Even if we had no theoretical knowledge about the reasons for the norms that are conducive to man’s optimal growth and functioning, experience tells us just as much as it tells the gardener. Therein lies the reason that all great teachers of man have arrived at essentially the same norms for living, the essence of these norms being that the overcoming of greed, illusions, and hate, and the attainment of love and compassion, are the conditions for attaining optimal being. Drawing conclusions from empirical evidence, even if we cannot explain the evidence theoretically, is a perfectly sound and by no means “unscientific” method, although the scientists’ ideal will remain, to discover the laws behind the empirical evidence.

He distills the basic principle of life’s ultimate aim:

The goal of living [is] to grow optimally according to the conditions of human existence and thus to become fully what one potentially is; to let reason or experience guide us to the understanding of what norms are conducive to well-being, given the nature of man that reason enables us to understand.

But one of the essential ingredients of well-being, Fromm notes, has been gruesomely warped by capitalist industrial society — the idea of freedom and its attainment by the individual:

Liberation has been exclusively applied to liberation from outside forces; by the middle class from feudalism, by the working class from capitalism, by the peoples in Africa and Asia from imperialism.

Such external liberation, Fromm argues, is essentially political liberation — an inherently limiting pseudo-liberation, which can obscure the emergence of various forms of imprisonment and entrapment within the political system. He writes:

This is the case in Western democracy, where political liberation hides the fact of dependency in many disguises… Man can be a slave even without being put in chains… The outer chains have simply been put inside of man. The desires and thoughts that the suggestion apparatus of society fills him with, chain him more thoroughly than outer chains. This is so because man can at least be aware of outer chains but be unaware of inner chains, carrying them with the illusion that he is free. He can try to overthrow the outer chains, but how can he rid himself of chains of whose existence he is unaware?

Any attempt to overcome the possibly fatal crisis of the industrialized part of the world, and perhaps of the human race, must begin with the understanding of the nature of both outer and inner chains; it must be based on the liberation of man in the classic, humanist sense as well as in the modern, political and social sense… The only realistic aim is total liberation, a goal that may well be called radical (or revolutionary) humanism.

The two most pernicious chains keeping us from liberation, Fromm observes, are our culture’s property-driven materialism and our individual intrinsic tendencies toward narcissism. He writes:

If “well-being” — [defined as] functioning well as a person, not as an instrument — is the supreme goal of one’s efforts, two specific ways stand out that lead to the attainment of this goal: Breaking through one’s narcissism and breaking through the property structure of one’s existence.

He offers the crispest definition of narcissism I’ve encountered (something that took Kafka a 47-page letter to articulate):

Narcissism is an orientation in which all one’s interest and passion are directed to one’s own person: one’s body, mind, feelings, interests… For the narcissistic person, only he and what concerns him are fully real; what is outside, what concerns others, is real only in a superficial sense of perception; that is to say, it is real for one’s senses and for one’s intellect. But it is not real in a deeper sense, for our feeling or understanding. He is, in fact, aware only of what is outside, inasmuch as it affects him. Hence, he has no love, no compassion, no rational, objective judgment. The narcissistic person has built an invisible wall around himself. He is everything, the world is nothing. Or rather: He is the world.

But because narcissism can come in many guises, Fromm cautions, it can be particularly challenging to detect in oneself in order to then eradicate — and yet without doing so, “the further way to self-completion is blocked.”

A parallel peril to well-being comes from the egotism and selfishness seeded by our ownership-driven society, a culture that prioritizes having over being by making property its primary mode of existence. Fromm writes:

A person living in this mode is not necessarily very narcissistic. He may have broken through the shell of his narcissism, have an adequate appreciation of reality outside himself, not necessarily be “in love with himself”; he knows who he is and who the others are, and can well distinguish between subjective experience and reality. Nevertheless, he wants everything for himself; has no pleasure in giving, in sharing, in solidarity, in cooperation, in love. He is a closed fortress, suspicious of others, eager to take and most reluctant to give.

Growth, he argues, requires a dual breakthrough — of narcissism and of property-driven existence. Although the first steps toward this breaking from bondage are bound to be anxiety-producing, this initial discomfort is but a paltry price for the larger rewards of well-being awaiting us on the other side of the trying transformation:

If a person has the will and the determination to loosen the bars of his prison of narcissism and selfishness, when he has the courage to tolerate the intermittent anxiety, he experiences the first glimpses of joy and strength that he sometimes attains. And only then a decisive new factor enters into the dynamics of the process. This new experience becomes the decisive motivation for going ahead and following the path he has charted… [An] experience of well-being — fleeting and small as it may be — … becomes the most powerful motivation for further progress…

Awareness, will, practice, tolerance of fear and of new experience, they are all necessary if transformation of the individual is to succeed. At a certain point the energy and direction of inner forces have changed to the point where an individual’s sense of identity has changed, too. In the property mode of existence the motto is: “I am what I have.” After the breakthrough it is “I am what I do” (in the sense of unalienated activity); or simply, “I am what I am.”

In the remainder of The Art of Being, Fromm explores the subtleties and practicalities of enacting this transformation. Complement it with legendary social scientist John W. Gardner, a contemporary of Fromm’s, on the art of self-renewal, then revisit Fromm’s abiding wisdom on what is keeping us from mastering the art of love.